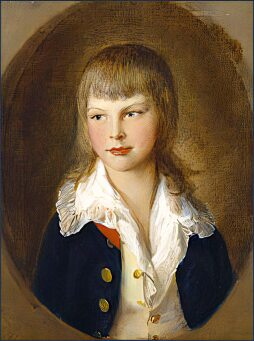 Prince Augustus Frederick was born at Buckingham House, which is now part of Buckingham Palace, on 5 June 1771, he was the sixth son of King George III and his queen, Charlotte of Mecklenberg-Strelitz. 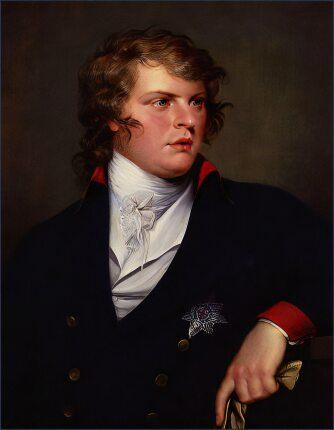 The young Augustus was taught at home at Kew prior to being sent to study at the University of Göttingen in Hanover in the summer of 1786, were he was accompanied by his brothers Prince Ernest and Prince Adolphus.

Augustus grew to be over six foot three inches tall and much resembled his brother elder George, Prince of Wales. He had a particularly fine singing voice of which he was very proud. As the prince suffered from severe asthma, he did not join his brothers in receiving military training in Hanover and briefly thought of becoming a cleric in the Church of England.

While spending the winter in Rome, as the warmer climate was better for his asthma, the prince met the highly attractive Lady Augusta Murray (1768-1830), the second daughter of John Murray, 4th Earl of Dunmore and Lady Charlotte Stewart, daughter of Alexander Stewart, 6th Earl of Galloway. The couple fell in love and were secretly married in a Church of England ceremony in Hotel Sarmiento, at Rome, on 4 April 1793.

The couple married again without revealing their full identities at St George's, Hanover Square, Westminster, on 5 December 1793. Both marriages took place without the knowledge or consent of King George III. In August 1794, the Prerogative Court annulled the prince's first marriage on the grounds that it contravened the Royal Marriages Act 1772, not having been approved by the King. King George III created his son Duke of Sussex, Earl of Inverness, and Baron Arklow and a Knight of the Garter on 27 November 1801.

The marriage to Lady Augusta (pictured below left) produced 2 children, Augustus Frederick d'Este, (1794-1848) and Augusta Emma, later Baroness Truro (née d'Este, 11 August 1801 - 21 May 1866) they were briefly given the surname of "Hanover", but later took the name of d'Este, a family from which both his parents were descended. Prince Augustus Frederick continued to live with Lady Augusta until 1801, when he received a parliamentary grant of £12,000 and the couple separated. Lady Augusta retained custody of their children Augustus Frederick and Augusta and received maintenance of £4,000 a year. In 1806 Lady Augusta, was given royal licence to use the surname "de Ameland" instead of using her maiden name of Murray. 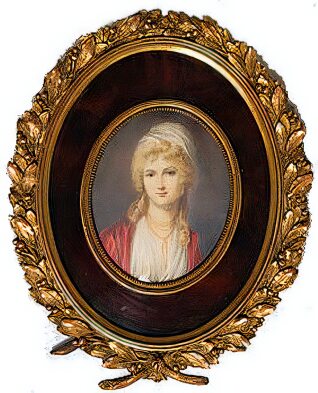 When Princess Charlotte of Wales, the heiress to the throne ran away from her father to join her mother at Connaught House in 1814 as a result of her father's harsh treatment, she pleaded with her uncle, the Duke of Sussex for help. Since had no legal right to stop the Princess being forcibly returned to her father's home of Carlton House, Augustus encouraged her to return. But much to the chagrin of his brother, the duke wrote a letter to the Prime Minister, Lord Liverpool, which demanded to see his niece and complained of her virtual imprisonment at Carlton House. On 19 July 1814, Augustus went even further further and publicly asked Lord Liverpool in the House of Lords, whether Charlotte was allowed to see her friends, had personal liberty and if she was to be allowed to go sea-bathing, which had been recommended for her health. The publicity produced the desired effect, Princess Charlotte was allowed to ride in Windsor Park and in September, was sent to Weymouth for her health. The Duke's involvement on his niece's behaf reulted in deterioration in the relationship between him and his brother George.

In 1815 The Duke of Sussex became a Patron of the Jews' Hospital and Orphan Asylum, later to become the charity known today as Norwood. The Duke of Sussex was elected president of the Society of Arts in 1816 and held the post for the remainder of his life. He also held the honorary posts of Captain-General and Colonel of the Hon. Artillery Company from 1817 onward. 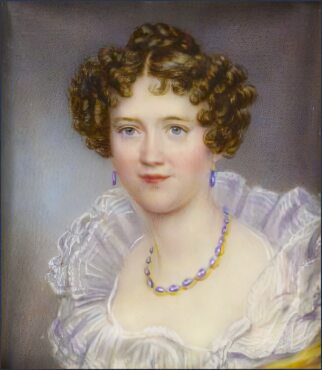 Lady Augusta died in Ramsgate, Kent on 5 March 1830. After her death the Duke of Sussex married Lady Cecilia Underwood, (pictured right) née Lady Cecilia Letitia Gore; (circa. 1785 - 1 August 1873). Cecilia was the daughter Arthur Gore, 2nd Earl of Arran and Elizabeth née Underwood and was the widow of Sir George Buggin, who had died in 1825. The marriage took place at Great Cumberland Place, London, on 2 May 1831. This second marriage also contravened the Royal Marriages Act, making it legally void. Lady Cecilia assumed the name "Underwood", her mother's maiden name, by Royal Licence.

King William IV appointed his younger brother Chief Ranger and Keeper of St. James's and Hyde Parks on 29 January 1831. He was also president of the Royal Society between 1830 and 1838. The Duke had a keen interest in biblical studies and the Hebrew language . His library contained over 50,000 theological manuscripts, some in Hebrew. In 1838, he introduced in a meeting to the scientist John Herschel, and the Duke gave a speech in which he spoke about the compatibility of science and religion.

The Duke of Sussex was the favourite uncle of Queen Victoria. He gave her away at her wedding to her maternal cousin Prince Albert of Saxe-Coburg-Gotha. Augustus and his second wife lived at the Duke's apartments in Kensington Palace. In 1840, Queen Victoria created Cecilia Duchess of Inverness, in her own right, with remainder to the heirs male of her body lawfully begotten. This recognised her husband's subsidiary title of Earl of Inverness

In later years, Augustus habitually wore a black skull cap and was constantly worried about his health. In 1832, he started to go blind, but underwent what was then a new and dangerous cataract operation which saved his sight. The Duke of Sussex died at Kensington Palace in 1843 from erysipelas, a bacterial infection of the skin sometimes known as St Anthony's Fire. In his will he specified that he was not to have a state funeral and was accordingly buried at Kensal Green Cemetery on 5 May 1843. He is buried in front of the main chapel, immediately opposite the tomb of his sister, Princess Sophia.

Since he had no legitimate issue, the title Duke of Susex became extinct on his death in 1843. His son, Sir Augustus d'Este attempted to claim his dukedom of Sussex and other peerages, but the House of Lords decided against his claim, as the prince's marriage had been annulled. In 1845, the Duke of Sussex' daughter Augusta married Thomas Wilde, later 1st Baron Truro (7 July 1782 - 11 November 1858). They had no children.

The Duchess of Inverness continued to reside at Kensington Palace until her death in August 1873. She was buried next to her second husband.