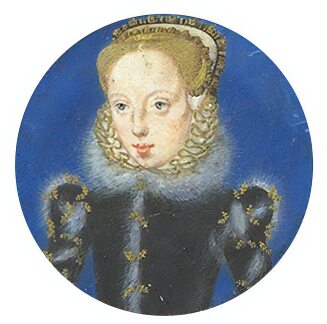 Lady Catherine Grey, the second surviving daughter of Henry Grey, 1st Duke of Suffolk and Lady Frances Brandon, was born at Bradgate Park near Leicester on 25 August 1540. Catherine was the younger sister of the ill fated Lady Jane Grey 'the nine days Queen of England'. 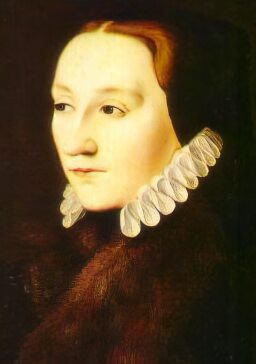 In 1553, as King Edward VI lay on his death bed, the King and his chief minister, John Dudley, 1st Duke of Northumberland, intended to exclude his staunchly Catholic sister Mary from the succession in favour of Catherine's Protestant elder sister, Lady Jane. According to the letters patent issued on 21 June 1553, Catherine was declared second in the line of succession behind her sister and her heirs male. Jane was married to Northumberland's son, Guilford Dudley, on 25 May 1553. On the same occasion, Catherine was married to Henry Herbert, the son and heir of William Herbert, 1st Earl of Pembroke at Durham House.

Following their wedding, Catherine went to live with her husband at Baynard's Castle on the Thames. When Jane's accession failed due to a lack of popular support, she, her young husband Guildford Dudley and her father, the Duke of Suffolk were executed in February 1554. Catherine's father-in-law, the Earl of Pembroke, sought to distance himself from the disgraced Grey family by separating his son from Catherine and seeking the annulment of the marriage. He succeeded in this aim in 1554, the union having never been consummated. The Queen allowed her cousin Frances and her two remaining children, Catherine and Mary to remain at court. Three weeks after her husband's execution, Frances Brandon married in haste to her steward, Adrian Stokes, a young man fifteen years her junior. 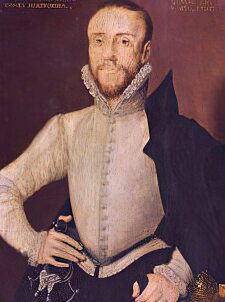 During the first part of Queen Mary I's reign, Catherine was a potential successor to the throne as Mary was yet unmarried and her younger sister Elizabeth was regarded as illegitimate. Demoted in the succession when Elizabeth was declared heir, Catherine's claim came to the fore again when Elizabeth I came to the throne in November 1558. Catherine was considered to be the beauty of the Grey family, small like Jane, she had the Tudor red-gold hair and a fair complexion and was said to resemble her beautiful grandmother, Mary Tudor. Her young sister Mary Grey suffered from a hump back was so small some sources described her as a dwarf.

Catherine did not like the new queen, this dislike had its root in their tangled family history. Princess Mary Tudor and Katharine of Aragon had been friends, each despising Katherine of Aragon's rival (Elizabeth's mother), Anne Boleyn. Catherine had been brought up to view Elizabeth as the illegitimate daughter of an executed adulterer and traitor. She had spoken insolently about Elizabeth in mid-1559. The duke of Saxony's envoy reported that she had said 'very arrogant and unseemly words in the hearing of the Queen and others standing by.' Her exact words have gone unrecorded.

Catherine became friends with Lady Jane Seymour, daughter of the late Lord Protector Edward Seymour, Earl of Hertford and Duke of Somerset. She introduced Catherine to her brother Edward Seymour, 1st Earl of Hertford. Without waiting to seek the permission of Queen Elizabeth, the two married in December 1560 in a secret ceremony at Edward's house in Canon Row, with Jane Seymour being the only witness to the ceremony. Shortly afterwards, the Queen sent Edward Seymour on a tour across Europe designed to improve his education. Edward provided his wife with a document that would, in the event of his death, allow her to prove the marriage and inherit his property, but Catherine lost the document. Thus, after the death of Jane Seymour from tuberculosis in 1561, Catherine was unable to prove that she had ever been married. 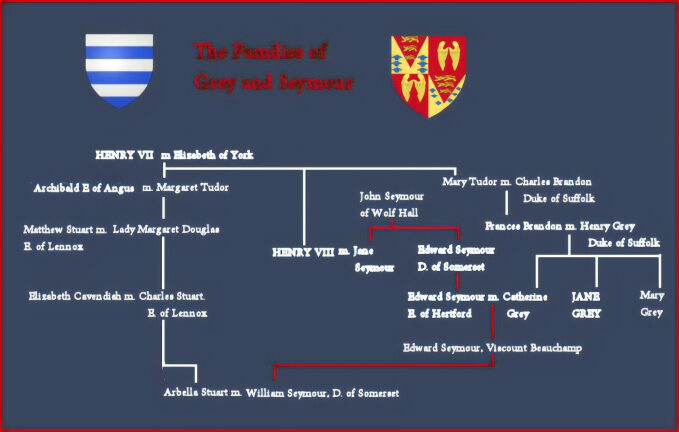 Catherine succeeded in concealing her secret marriage for months, even after she became pregnant; in her eighth month of pregnancy and on progress with the Court in Ipswich, in desparation, she decided to ask someone to plead for her with the Queen. She first confided in Bess of Hardwick, who refused to listen and berated her for implicating her. Catherine then went to her brother-in-law, Robert Dudley. Visiting his bedroom in the middle of the night, she explained her dilemma. As Dudley's room adjoined the Queen's chamber, he was afraid they might be overheard or that he might be caught with a visibly pregnant woman at his bedside, and tried to get rid of Catherine as soon as he could. The next day he told Elizabeth everything that had been revealed about Catherine and her pregnancy.

Elizabeth reacted in fury. The marriage upset Anglo-Scottish diplomacy, as a possible union between Catherine and the Earl of Arran, an unstable youth with a strong claim to the Scottish throne, was now rendered impossible. She also disapproved of her cousin's choice of husband and, still unmarried, also feared that Catherine's ability to bear a son could facilitate a rebellion in support of Catherine as queen. Unfortunate in its timing, Catherine's claim to the throne was at the time expounded in a book by John Hales.

Elizabeth had the couple sent to the Tower of London, Secretary Cecil wrote of the sorry affair, 'The Lady Catherine is certainly known to be big with child, as she saith by the Earl of Hertford, who is in France. She is committed to the Tower. He is sent for. She saith that she was married to him secretly before Christmas last. Thus is God displeased with us.' Bess of Hardwick was also imprisoned, as Elizabeth, convinced that the marriage was part of a wider conspiracy against herself, would not be placated. Sir Edward Warner, the Lieutenant of the Tower, a kind hearted man, permitted secret visits between Catherine and Edward Seymour. While imprisoned in the Tower, Catherine gave birth to two sons:- 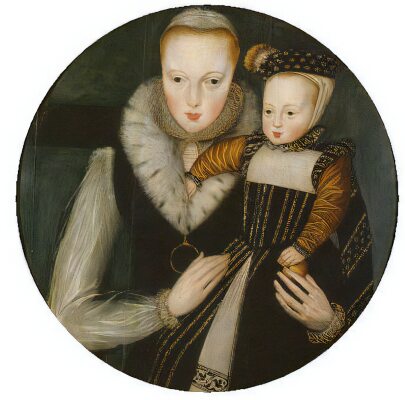 In 1562, their marriage was annulled and the Seymours were censured as fornicators for their "carnal copulation" by the Archbishop of Canterbury's commission. This rendered the children illegitimate and thus ineligible to succeed to the throne. However, they were nevertheless courted as potential heirs to the Crown.

After the birth of her second child in 1563, the Queen ordered Catherine's permanent separation from her husband and younger son. The couple's elder son Edward was sent under house arrest to Hanworth, while the depressed Catherine and the baby Thomas went to her uncle John Grey's home of Pirgo in Essex. Both were still to be treated as prisoners and were forbidden to have any written contact with each other. The deeply repentant Catherine was, according to her uncle, 'a penitent and sorrowful woman for the Queen's displeasure.', he went onto to write of her 'I never came to her, but I found her weeping or else saw by her face she had wept.' 'She is so fraughted with phlegm by reason of thought, weeping and sitting still that many times she is like to overcome therewith...'

She stayed at Pirgo until November 1564, when she was committed to the charge of Sir William Petre. she was in his custody for two years and probably lived at Ingatestone Hall. Later she was removed to Sir John Wentworth's (a kinsman of Petre's first wife) at Gosfield Hall, and after seventeen months' confinement there was taken to Cockfield Hall at Yoxford in Suffolk, by this time, Catherine was gravely ill with tuberculosis. Royal physicians were sent for but they could do nothing. Catherine's last thoughts were of her husband. She wrote to the Queen, pleading for forgiveness and a pardon for Edward Seymour. Her last letter to Edward declared her love for him.

Lady Catherine Grey died at Cockfield Hall fourteen days later on 26 January 1568, after spending nearly seven years in various prisons, she was aged twenty-seven at her death. She was buried in the Cockfield Chapel in Yoxford church in Suffolk.

Two years later, Edward Seymour was released from prison and pardoned. In 1586, he married again to Frances Howard. They had no children and Edward never stopped petitioning the courts to legitimize his sons with Catherine. In 1606, three years after Elizabeth's death, the clergyman was found, fifty years after the marriage had taken place, and a common law court legitimized Catherine's sons.