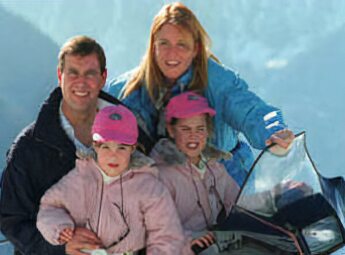 Princess Beatrice, the first Princess of York since her grandmother, the Queen, is at present fifth in line to the British throne. Beatrice was born on 8 August, 1988, at Portland Hospital, London, the eldest child of Andrew, Duke of York and Sarah Ferguson, the daughter of Major Ronald Ferguson. She weighed 6 pounds and twelve ounces at birth. 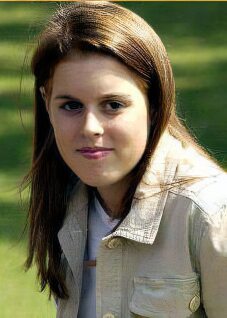 The new arrival was christened Beatrice Elizabeth Mary Mountbatten-Windsor at the Chapel Royal at St. James Palace, London. The name Beatrice was last used in the Royal family by Queen Victoria's youngest daughter Beatrice. The Duchess of York had previously written a book about Queen Victoria, her consort Prince Albert and their family. Mary was the name of both the Queen's grandmother and was the Duchess' mother's second name.

The York family was completed on the arrival of a second daughter, Princess Eugenie on 23rd March, 1990. After much negative press attention was focused on the troubles in their marriage, Andrew and Sarah separated in 1992 and divorced in 1996, when Beatrice was eight. They agreed to share custody of their children. As the split was an amicable and civilized one, Beatrice and her sister, Eugenie, were largely unaffected by it.

As a child Beatrice loved the colour pink and was an ardent fan of Disney's the Little Mermaid. The Princess attends St. George's School at Ascot, Berkshire where she has been made head girl and lives at Sunninghill Park, near Windsor, the family home is shared by both her parents and they regularly enjoy holidays as a family unit. She is said to enjoy sports, including tennis, golf and bicycle riding and also sings in the school choir.


Princess Beatrice suffers from mild dyslexia, as her mother, the Duchess of York, also did. She required special help with reading and writing at the Arkell Dyslexia Centre prior to taking her GCSE's. Nevertheless, she passed eight.

She wanted the fact that she suffers from dyslexia to be made public knowledge to help others with the condition. She was reported to have said " I have been given circumstances that anyone would wish for and I do believe that I must do something good with it. That was one of the reasons why I came out publicly to let people know I am dyslexic. It was my decision to do that as it is a problem helped by more people knowing about it." Beatrice is said to be very good at oral French, drama and numbers.

Known to be close to her grandmother, the Queen, she often enjoys riding with her at Windsor Great Park. Her doting father, the Duke of York is reported as saying of his elder daughter " Beatrice is the responsible one - her sense of duty and concern for others is amazing." After the terrorist attacks on the World Trade Centre, both Beatrice and her sister, Eugenie laid flowers in memory of the victims at the Roosevelt memorial at the American Embassy in London. The princess has carried out charity work with her mother, visiting orphaned children in Russia. 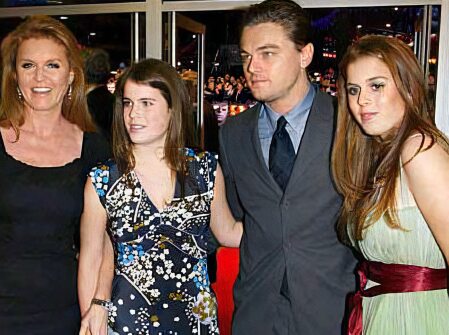 In an interview with Tatler magazine, accompanied by several glamorous photographs, given to mark her seventeenth birthday, Beatrice stated that she didn't see herself "as a stereotypical Princess" and " I wouldn't trade my life with anyone else, I love being who I am and I feel very happy with that." She spoke of her father, the Duke of York as "very kind and thoughtful." Beatrice was described as being "charming, polite and chatty, with a raucous laugh."

After passing A level exams, gaining an A in drama, a B in film studies and a B in history, Beatrice enjoyed a gap year, in September 2008, she started a joint honours degree in history and history of ideas at Goldsmiths, University of London. She then studied History at Goldsmiths, University of London and graduated in 2011 with a 2:1 degree (BA) in History and History of Ideas.

The Princess made the headlines in 2006 when it was publicised that she had formed a relationship with Paolo Liuzzo, a 24 year old American who had pleaded guilty to assault and battery in the 2002 death of a fellow College of the Holy Cross student. The relationship has since ended. The Princess is now dating 24 year old Dave Clark, an Edinburgh graduate and the son of wealthy American Michael Clark, who is said to have been introduced to her by her cousin Prince William. The couple are reported to be very close.

Beatrice performed a small role, believed to be a non-speaking one, in the film the Young Victoria, a Martin Scorsese production covering the story of Queen Victoria's romance with Prince Albert, making her the first member of the Royal family to appear in a movie. Her mother, the Duchess of York, who is known to have an active interest in Queen Victoria, is one of the film's executive producers.

Princess Beatrice appeared as a lady-in-waiting in a scene from the coronation of her great-great-great-great-grandmother, Queen Victoria."It was tiring and I was freezing cold, but I absolutely loved it," she is reported to have said after finishing filming Victoria's coronation at Lincoln Cathedral. "I am so excited about it." She was dressed in a full white gown with a tight corset top and matching headdress for her first day of shooting.

In April 2010, to raise money for the charity Children in Crisis, Beatrice became the first member of the Royal Family to complete the London Marathon.