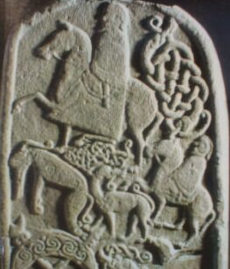 By the fourth century AD, the predominant race in northern Scotland were the Picts, the name was coined by the Romans who referred to them as 'Picti' meaning 'painted ones', which referred to the Pictish custom of either tattooing their bodies or covering themselves with warpaint. The Irish referred to them as Cruithni, meaning "the people of the designs". What they called themselves has gone unrecorded. The Picts were descendants of the Iron Age people of northern Scotland, believed to have originated in Iberia as hunter-gatherers. 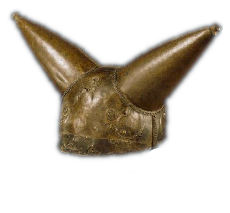 The Scots were a Gaelic or Goidelic Celtic people from the north east of Ireland who spoke a Q-Celtic language, descendants of the Bronze Age cairn builders of Kilmartin Glen. he Gaelic peoples of Ireland believed themselves to be descendants of the Milesians, the sons of Míl Espáine (Soldier of Hispania), as recorded in the Lebor Gabála Érenn, which details the Milesian invasion of Ireland from the Iberian Peninsula. 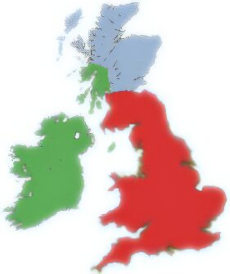 Another Celtic race, known as the Brythonic Celts, controlled the southwest from Clyde to the Solway and into Cumbria. To this melting pot was added the Vikings, of Norway and Denmark, originally raiders who became settlers, who largely occupied the islands of Shetland and Orkney and lastly the Angles, who came north across the English border to inhabit the Scottish lowlands.