The Scots were a Gaelic or Goidelic Celtic people from the northeast of Ireland who spoke a Q-Celtic language, descendants of the Bronze Age cairn builders of Kilmartin Glen.

Links existed between Scotland and Ireland since the Neolithic age. Raiders from Ireland attacked Scotland's west coast during and following the Roman occupation, the Romans referred to these Gaelic speaking pirates as 'Scoti'. By 500 A.D. the Scots had established a kingdom ruled by Fergus mac Erc, who was of the tribe of Dál Riata from Antrim. 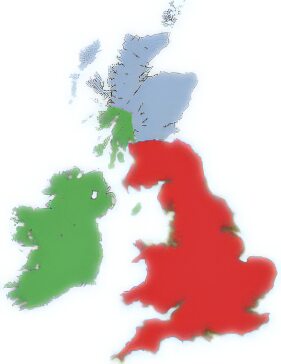 Origins of the Scots

The Gaelic peoples of Ireland believed themselves to be descendants of the Milesians, the sons of Míl Espáine (Soldier of Hispania), as recorded in the Lebor Gabála Érenn, which details the Milesian invasion of Ireland from the Iberian Peninsula. While this is entering into the realms of mythology, it may be an embellished version of actual events. Genetic studies by Brian Sykes of Oxford University confirm that these myths are based on historical facts since the people of northwestern Iberia, especially those from Galicia and Asturias are genetically closely related to the Gaelic people.

Other Races in Scotland

The Picts, believed to be descendants of the Iron Age people of northern Scotland, a Brythonic Celtic people who originated in Iberia as hunter-gatherers, they moved through lower Britain and entered Scotland around 7000BC.

Britons of Strathclyde, another Celtic race, known as Brythonic Celts, controlled the southwest from the Clyde to the Solway and into Cumbria. To this melting pot was added the Vikings, of Norway and Denmark, originally raiders who became settlers, who largely occupied the islands of Shetland and Orkney and lastly the Angles, who came north across the English border to inhabit the Scottish lowlands.

The Angles from Northumbria settled in south-eastern Scotland in the region between the Firth of Forth to the north and the River Tweed to the south.

In the late sixth and early seventh century, the kingdom of Dál Riata encompassed roughly what is now Argyll and Bute and Lochaber in Scotland and County Antrim in Northern Ireland. The political history of the Dalriada traces from the time of Fergus Mor (died 501), who moved the seat of the royal dynasty of Dalriada from Ireland to northern Britain. Scottish Dalriada was confined to the western coast of modern Scotland and included Arran, Jura, Islay, Mull, and numerous other smaller islands. From 574 to 606/8, Dalriada was ruled by one of its most successful kings, Aedan mac Gabran.

The name Dál Riata derives from Old Irish, Gaelic language. Dál translates as "portion" or "share" and Riata or Riada is believed to be a personal name, i.e. Riada's portion.

The Scots were converted to Christianity by St. Columba or Columcille (died June 8/9, 597), who built a church and a monastery on the island of Iona circa 563. Columba helped make Aidan MacGabrain king of Scottish Dál Riata in 574. The Scots then expanded toward the east into what later came to be known as the Forest of Atholl and Strath Earn and northward into the area of Elgin. 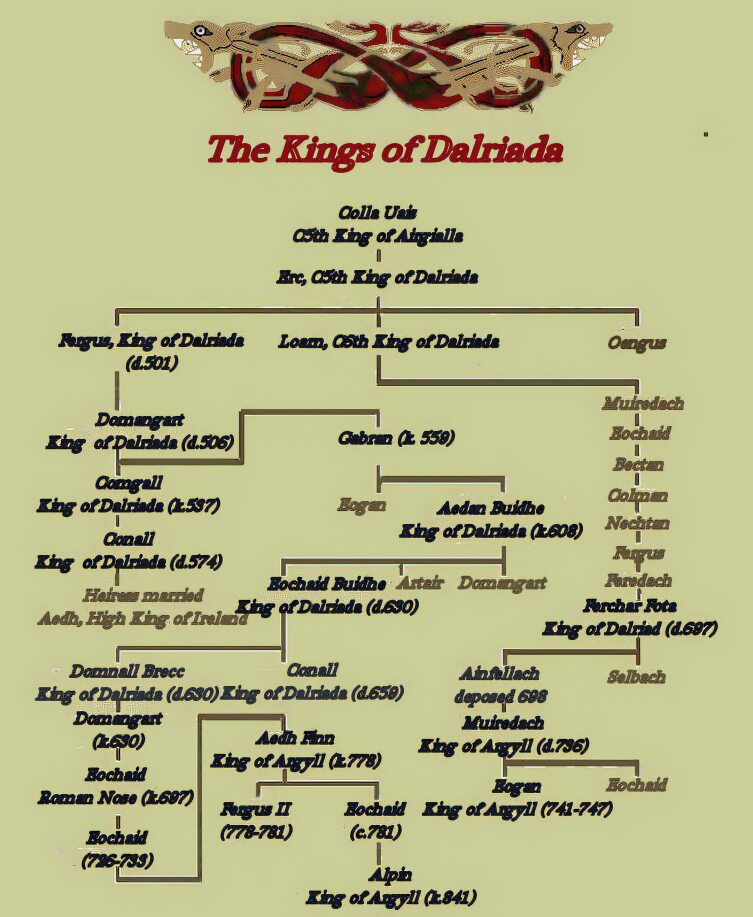 Despite the onslaughts of the Picts, Dál Riata continued to expand. in the mid ninth century its king Kenneth MacAlpin brought the Picts permanently under Dalriadic rule, after which the whole country became known as Scotland. Little is known about his father Alpin, though legend states he won a victory over the Picts who three months later killed him, displaying his severed head at their camp. Kenneth succeeded him in Dalriada and also ruled in Pictavia or Pictland. The union of the territories of the Picts and Scots from 843 was partly due intermarriage. Kenneth's mother was a Pictish princess and Pictish custom dictated that inheritance passed through the female. However Kenneth probably made some conquests among the eastern Picts and possibly invaded Lothian and burned Dunbar and Melrose. He died at Forteviot and was buried on the island of Iona.

At the heart of the Gaelic kingdom of Dál Riata stood a formidable hill fort. The rocky outcrop of Dunadd in Argyll, (OS Grid reference. NR 837 936) has been occupied since the Iron Age, the surrounding land, now largely reclaimed, was in former times boggy and known as the Mòine Mhòr 'Great Moss' in Gaelic Celtic. This no doubt increased the defensive potential of the site. 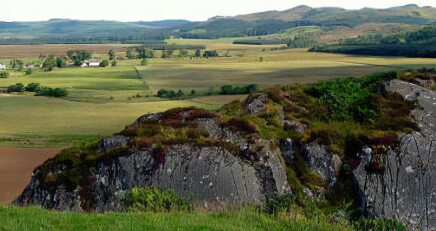 Dunadd was far more than a defensive fortress. Dunadd, (Gaelic Dún Add, 'fort on the [River] Add') was the location where Gaelic kings were inaugurated in a ceremony that symbolically married them to the land. It is known for its unique stone carvings below the upper enclosure, including a footprint and basin carved into the rock which is thought to have formed part of Dál Riata's coronation ritual.

On the same outcrop of rock is an incised boar. There are also a series of ogham scripts running along two of the split bedding planes and cracks that dissect the rock. The real purpose of all these carvings is unknown and the mysterious script remains undeciphered, it is assumed that they were used during inauguration ceremonies of kingship.

Dunadd has been excavated several times, rendering a host of important finds which range from the sixth to the eighth centuries, including tools, quernstones, weapons, quernstones, imported pottery and moulds for the manufacture of fine metalwork.

The Scottish Gaelic language is closely related to Manx and Irish and was brought to Scotland around the fourth century by the Scots from Ireland. The language was spoken throughout Scotland (apart from small areas in the extreme south-east and north-east) between the ninth and eleventh centuries, from the eleventh century onwards it began to retreat north and westwards. All Scottish Gaelic dialects are mutually intelligible, and written Irish can be understood to a large extent. Scottish Gaelic is also distantly related to Welsh (Cymraeg), Cornish (Kernewek) and Breton (Brezhoneg), which form the Brythonic branch of the Celtic languages, also known as P-Celtic.

Scientific evidence of an ancient Gaelic Celtic influx of people from Ireland may have been unearthed by DNA techniques. researchers from Edinburgh University state that studies of the DNA of the inhabitants of Islay, Lewis, Harris and Skye discovered strong links with the people of Ireland. Early historical sources tell us that the Gaelic Celts came from Ireland about 500 AD and conquered the Picts in Argyll. Scientists claim the study to be the first demonstration of a significant Irish genetics component in Scots' ancestry.

Geneticists also state as many as 40% of the population on the Western Isles could have Viking ancestry, while no Viking ancestry was found in northeast Scotland.

The distinctive DNA marker of the Pictish tribes of Scotland has been identified. The genetic footprint of the ancient Picts are still present in Scotland, S145-Pict, the unique grouping of their Y-chromosome is carried by 7 per cent of Scottish men and has a wide distribution over the ancient Pictish areas of northern Scotland. Scientists were able to isolate the unique Pictish DNA strands from 1,000-year-old bone fragments found in ancient burial grounds.

DNA studies carried out in Scotland suggest an ancient story. Most Scots are descendants of the original hunter-gatherers who arrived in Scotland after the close of the last Ice Age. Several people, particularly in the western islands, are descended from farmers who arrived from the eastern Mediterranean during neolithic times. Curiously, around one per cent of all Scotsmen are direct descendants of the Berber and Tuareg tribesmen of North Africa, a lineage that is 5,600 years old.

The Picts
The Scots
The Britons
William Wallace

The Picts PreviousNext The Britons