Somerled, King of the Isles

Somerled, which name derives from the Old Norse Sumarliði, meaning 'summer traveller', was a mid twelfth century warlord and ruler of the Isles. Somerled was the son of GilleBride, of a Norse-Gaelic family and a Norse mother.

In 1140, he married Ragnhild, daughter of Olaf the Red Godredson, the Norse King of Man, whose territory included the Hebrides. The marriage of Somerled and Ragnhild produced four sons, Dughall, Ragnald, Aonghus and Olaf, he also had an illegitimate son, GilleBride. 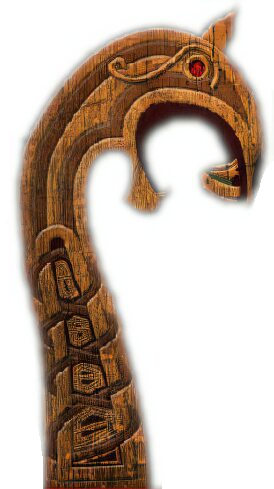 Somerled appears on the pages of history in 1153, when he supported his kinsmen, the sons of Malcolm MacHeth, an illegitimate son of King Alexander I, in their rebellion against the newly crowned Malcolm IV, King of Scotland, known as 'the Maiden'. The previous king, David I, had died that year and had been succeeded by his twelve-year-old grandson, Malcolm , who was the son of Henry, Earl of Huntingdon.

Somerled sacked of Glasgow and the surrounding countryside. The uprising was however unsuccessful and Somerled appears to have turned his ambitions on becoming King of the Isles, (in Gaelic, 'Ri Innse Gall') a position then held by his brother-in-law, the unpopular Godred Olafsson, who ruled the Isles with a heavy hand. In 1143 Olaf the Red had been murdered by the sons of his brother Harold but was succeeded as King of Man by his son Godred II. 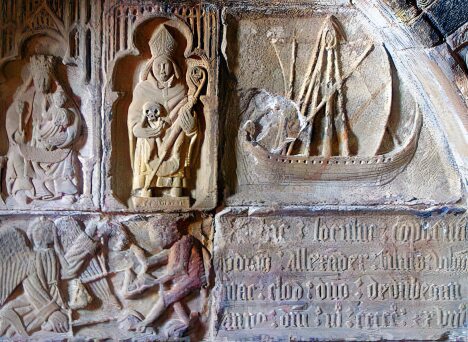 Somerled organised a coup d'état, and seized half of the kingdom in 1156. Two years later, he defeated and drove Godred from power, Godred fled to Norway, after which Somerled ruled the entire kingdom, independent of both Norway and Scotland, until his death.

In 1164, Somerled was killed when he led a vast invasion force into Scotland, which culminated in the disastrous Battle of Renfrew, against forces commanded by Herbert, Bishop of Glasgow and Baldwin of Biggar, Sheriff of Lanark. Although contemporary sources state that he was slain in battle, the History of the MacDonalds and the Book of Clanranald, claim that Somerled fell by treachery. The Carmen de Morte Sumerledi, written by an eyewitness, maintains that Somerled was "wounded by a [thrown] spear and cut down by the sword", it goes on to relate that his head was severed by a priest and taken to the bishop. Somerled's son, GilleBride, was also killed in the battle.