Alexander II was born on 24th August 1198 at Haddington, East Lothian, the only son of William the Lyon by his wife Ermengarde de Beaumont. He succeeded to the throne of Scotland in 1214 on the death of his father and was sixteen at the time of his accession. Alexander was crowned at Scone on 6 December, 1214. 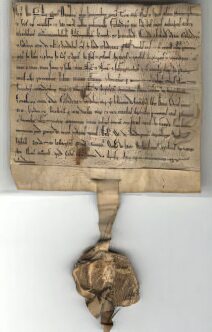 The following year witnessed an uprising by the clans Meic Uilleim and MacHeth, inveterate enemies of the Scottish crown, but forces loyal to the king put down the insurrection. Alexander gave his support to his southern neighbour's rebellious barons in the hope of re-acquiring Northumbria for the Scottish crown. This policy enraged the volatile King John, who sent an army north into Scotland to 'hunt the red fox cub from his lair'. The English armies burnt Berwick and sacked the Scottish border castles. 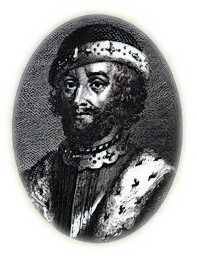 Alexander eventually contracted a marriage with John's daughter, Joanna, in June 1221, hoping that her brother, the new English King, Henry III, would grant him the province as her dowry, Henry, however, would not comply and both sides nursed resentments of the other.

The following year saw the subjection of the semi-independent district of Argyll. Alexander's forces crushed a revolt in Galloway in 1235, an invasion attempted soon afterwards by its exiled leaders similarly met with failure. Soon afterwards, a claim for homage from Henry III of England provoked a counter-claim from Alexander to the northern English counties.

The dispute between the two countries was settled by a compromise in 1237. At a council at York in 1237, when a temporary peace was negotiated, Alexander again brought up the subject of his claim to Northumbria, the Treaty of York defined the boundary between England and Scotland as running between the Solway Firth in the west and the mouth of the River Tweed in the east.

Joanna died childless in March 1238 in Essex and on 15 May of the following year Alexander took as his second wife Marie, the daughter of Enguerrand de Coucy, this marriage succeeded in producing an heir to the Scottish throne on 4th September 1241, named Alexander in honour of his father. Alexander also fathered an illegitimate daughter, Marjorie, who was married to Sir Alan Durward, the self-styled Count of Atholl and Justiciar of Scotia, the couple had three children.

Henry III threatened an invasion of Scotland in 1243, but did not receive the support of the English barons and was compelled to make peace with the Scots the following year at Newcastle.

Alexander II embarked on an expedition to recover the Hebrides from the Norwegians and died of a fever on his galley by the Island of Kerrera, in the Bay of Oban in the Inner Hebrides on 1st July 1249 and was buried at Melrose Abbey in Roxburghshire. He was succeeded by his son by Marie de Coucy, Alexander III.