King Duncan II, King of Scots or Donnchad mac Mail Choluim was the eldest son of Malcolm Canmore and his first wife Ingeborg of Norway and as such was heir to the crown of Scotland on the death of his father.

The young Duncan was sent to England in 1072, as a hostage of William the Conqueror to ensure his father's future good behaviour, where he spent the next fifteen years. Duncan married the Anglo-Saxon Ethelreda of Dunbar, the daughter of Gospatric, Earl of Northumberland and Dunbar. This union produced one son, William FitzDuncan, who was born around 1094. 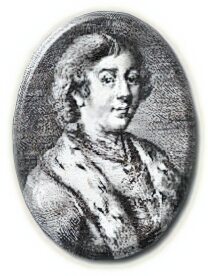 On the death of his father, Malcolm III and the usurpation of the throne by his uncle, Donald Bane, Duncan paid homage to William Rufus for what he saw as the eldest son as his just heritage. He marched into Scotland in 1087 at the head of an army. Donald Bane fled into hiding.

The fact that he was a vassal of the English King rendered Duncan an unpopular figure in Scotland. Having obtained the crown, he attempted to remedy the situation by trustingly dismissing his English supporters in a move that he assumed would make him more acceptable to the Scots. 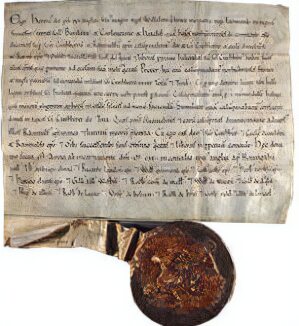 Now virtually defenceless, on 12th November 1094, he was murdered at Monodoynes by the Mormaer of the Mearns, on the orders of his treacherous half-brother, Edmund, who had allied himself to their uncle Donald Bane. Duncan was buried at Dunfermline Abbey.

King Duncan had one grandchild, Amabel Fitz Duncan, the child of his only son, William and Alice de Rumilly. In around 1164, she married the Norman, Reynold de Lucy. Duncan's uncle, the sixty year old Donald III resumed his occupation of Scotland's throne.