The Scottish patriot Andrew Moray, freedom fighter and military strategist, has been largely ignored by history. While his partner in attempting to expel the English from Scotland, William Wallace, has rose to near legendary status, the man who is credited with masterminding Wallace's greatest victory at Stirling Bridge appears to have been airbrushed from the pages of history.

Moray was the son of Sir Andrew Moray of Petty and Euphemia Comyn, daughter of John the Black Comyn, Lord of Badenoch.

Following an attack on Carlisle by the earls of Atholl, Ross, and Mar and John, the Red Comyn of Badenoch, King Edward I of England led a large English force into Scotland, defeating a Scottish army at the Battle of Dunbar in 1290. Andrew Moray, along with his father and uncle , were taken prisoner by the English in the battle. The elder Andrew Moray was imprisoned in the Tower of London, where he died in April 1298. 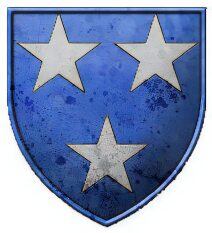 Edward I deposed King John Balliol at Montrose Castle, the symbols of Scottish kingship were stripped from him, including the ripping of the royal coat of arms from his surcoat, which earned him the title Tom Tabard ('Empty Coat'). King Edward then travelled to Elgin, arriving on 26 July 1296. There a number of Scots nobles paid fealty to him, after which he returned to England.

Andrew Moray was held in a prisoner in Chester Castle but managed to escape the following year. He returned to Scotland and raised the standard of rebellion in May 1297 at his family home of Avoch Castle on the Black Isle. The leader of the Inverness burgesses, Alexander Pilche, led a force of burgesses to Avoch Castle to join Moray and became his trusted lieutenant.

William Wallace simultaneously rose in rebellion in Lanark. The rebellion began with a series of raids against the English in the surrounding area. Sir Reginald Cheyne, the Scots sheriff of Elgin, alarmed by the growth of Moray's rebellion in the north of Scotland wrote to the English king requesting aid, Edward replied with instructions that Cheyne was to vigorously suppress the rebels. 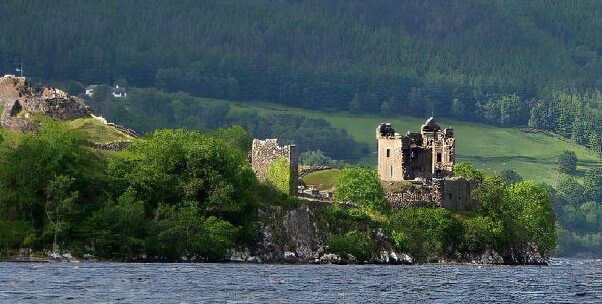 Moray then attempted to besiege Urquhart Castle and demanded its surrender. He had no heavy siege equipment and therefore attempted to take the castle in a night attack but failed and was forced to abandon his siege. Moray did however, succeed in taking the castles of Inverness, Elgin, Banff and Duffus. Urquhart Castle eventually fell to Moray as the English forces were driven out of Scotland. Andrew Moray met Wallace at Dundee where the two Scottish leaders forged an alliance.

Wallace and Moray gained a significant victory over the English under John de Warenne, Earl of Surrey at at Stirling Bridge with little support from the magnates of Scotland. Warenne offered to negotiate, urging Wallace to accept the king's peace, this was proudly rebuffed 'Tell your people that we have not come here to gain peace but are prepared for battle, to avenge and deliver our country. Let them come up when they like, and they will find us ready to meet them even to their beards.' The victory was gained despite the fact that the Scots were less well equipped and far outnumbered, forces lead by Wallace and Andrew Moray used clever military tactics to rout the English, and clearly exhibited to the Scots nation that the English were not invincible.

Moray, however, paid a heavy price for the victory at Stirling Bridge, he was badly wounded by a stray arrow during the battle and died as a result of his injuries.