John the Black Comyn, was the son John I Comyn, Lord of Badenoch and Alice de Ros of Helmsley in Yorkshire. The Comyn family were of Norman origin. The surname is a place-name derived from Comines, near Lille, in France. Richard Comyn, the nephew of William Comyn, Bishop of Durham and chancellor to King Henry I of England, established the Comyn family in Scotland. The family rose to be one of the most powerful in Scotland, owning land in Buchan and Speyside.

On the death of King Alexander III of Scotland, John the Black Comyn was appointed as a Guardian of Scotland, one of the six Regents for Alexander's granddaughter and successor, Margaret, Maid of Norway. The young Queen Margaret sailed to take up her position as Queen of Scotland in September 1290, but was fated never to arrive in her new kingdom. Tempestuous autumnal gales buffeted Margaret's ship, and she fell sick and died in the Orkney Islands. He served as a Guardian of the kingdom of Scotland from 1286 to 1292. Comyn submitted to King Edward I of England in July 1296 at Montrose. 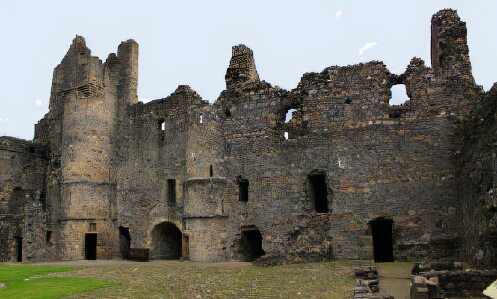 Comyn married Eleanor de Balliol, daughter of John I de Balliol of Barnard Castle and Dervorguilla of Galloway, the daughter of Alan, Lord of Galloway and Margaret of Huntingdon. Since he was himself a descendant of King Donald Bane, John Comyn was one of the thirteen Competitors for the vacant throne of Scotland, Comyn's grandmother, Hextilda, who had married Richard Comyn was the daughter of Uchtred, Lord of Tynedale, and Bethoc, the daughter of Donald Bane. However, he did not vigorously pursue his claim as he did not wish to strongly oppose the superior claim of his brother-in-law and ally John Balliol, who was later crowned King of Scots on 30th November 1292 at Scone.

The Black Comyn's marriage to Eleanor Balliol produced several children including John the Red Comyn, Lord of Badenoch, (so known for his red hair), who married Joan de Valence, daughter of William de Valence, 1st Earl of Pembroke, who was the half-brother to Henry III of England, and uncle of Edward I of England. The Red Comyn was murdered by his rival Robert the Bruce in the church of the Friars Minor in Dumfries on 10 February 1306.

One of the Black Comyn's daughters, Euphemia, married Sir Andrew Moray of Petty and became the mother of the Scottish patriot Andrew Moray, who rose in rebellion against Edward I, along with William Wallace, Moray defeated the English at the Battle of Stirling Bridge. Another daughter of the Black Comyn, whose name has gone unrecorded to history, married Sir William Galbraith, Chief of that Ilk.

Comyn is credited with the construction of several large castles in and around Inverness. Balvenie Castle near Dufftown, (originally known as Mortlach) and Inverlochy Castle at the western end of the Great Glen, still stand to the present day.

John the Black Comyn died at Lochindorb Castle in 1302.