James Douglas, known as the Black Douglas to the English and "Sir James the Good" to the Scots, was born around 1286, he was the eldest son of Sir William Douglas, known as "the bold", who had supported the freedom fighter William Wallace. William Douglas had died a prisoner in the Tower of London around circa 1298 when James was around twelve years old. James' mother was Elizabeth Stewart, the daughter of Alexander Stewart, 4th High Steward of Scotland, Elizabeth Stewart was the aunt of Walter Stewart who married Robert the Bruce's daughter, Marjorie Bruce. 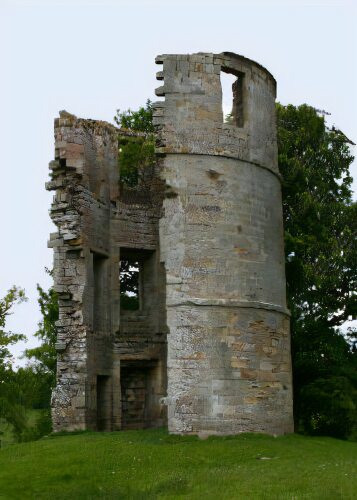 The young James was sent to France for his safety at the outbreak of the Scottish Wars of Independence, and was educated in Paris. While in France he was made the squire of William Lamberton, Bishop of St. Andrews, and returned to Scotland with Lamberton to discover his estates had been granted to the Englishman Robert Clifford. Lamberton presented Douglas at the occupying English court to petition for the return of his lands, but King Edward I of England was angered when heard that James was William Douglas' son and Douglas was forced him to leave.

After Robert the Bruce had killed John, the Red Comyn on 10 February 1306 at the Church of the Grey Friars in Dumfries, James Douglas met him on the road near Moffat and offered to fight alongside him. They conducted a guerrilla war against Edward's forces. In 1307 Douglas attacked the English garrison at his family seat of Douglas Castle. Since it was Palm Sunday, most of the English soldiers had left the castle to attend mass when the Scots attacked, entering the church to the war cry 'Douglas!' 'Douglas!'. In a massacre which was later referred to as 'the Douglas Larder' the English soldiers who had survived the attack were taken to the castle's cellar where they were beheaded. Their heads were mounted on a stack of broken wine casks and set aflame, the castle itself was burned.

Douglas took Roxburgh Castle in 1314, creeping up to the castle under cover of darkness he and his followers scaled the walls with rope ladders, Roxburgh Castle was then 'slighted' to prevent it from being used in future by the English. 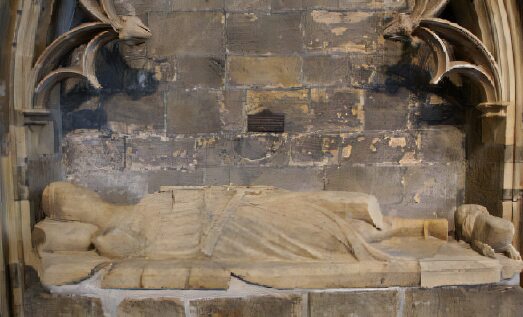 At the The Battle of Bannockburn in 1314, Douglas fought alongside Robert the Bruce as second in command in his great victory against an English army led by Edward II of England. After Bannockburn, Douglas cut a bloody swathe across the English border - burning crops and villages, and terrorising the local population. In April 1318 he was instrumental in capturing Berwick from the English, the first time the castle and town had been in Scottish hands since 1296

After suffering a stroke and on his deathbed, Robert knew he would be unable to fulfil his solemn vow to go on pilgrimage to the Holy Land. He asked his life-long friend, Sir James Douglas, to carry his heart there instead. The greatest of Scotland's Kings died on 7th June 1329 at the Manor of Cardross, Dunbartonshire.

In the year following Robert the Bruce's death, the faithful James Douglas set out for the Holy Land in fulfilment of his oath to the dying King, taking his heart with him in a silver casket. In the course of his journey, while staying at Teba, in Spain, the village was attacked by Moors. Douglas, in the thick of the fighting and deserted by his Spanish allies, threw the heart of the Bruce deep into the melee, biding it "Go first as thou hast always done." Douglas himself was killed in the ensuing fighting and his body was returned to his native Scotland. James the Black Douglas was buried at St Bride's Kirk, at Douglas, Lanarkshire.

The heart of Robert the Bruce was carried back to Scotland by Sir William Keith of Galston, where it was finally laid to rest at the Abbey of Melrose.

The Heart of Robert the Bruce