It has been suggested that Edward was possibly fostered in Ireland as a child, likely by the O'Neills of Ulster, which was a common Scottish and Irish cultural practice at the time. 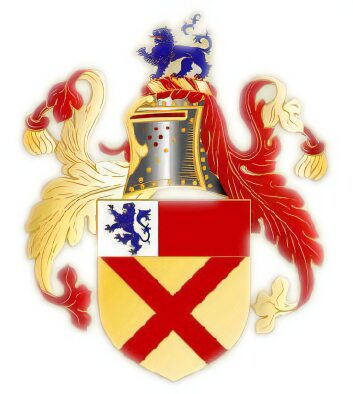 Edward supported Robert in his struggle for the throne of Scotland, including during the period when he conducted a guerrilla war against Edward I of England. The younger Bruce brothers Niall, Thomas, and Alexander were all captured and executed by the English during this period.

Edward fought at the great Scottish victory of the The Battle of Bannockburn on 23-24 June 1314, where he commanded one of the Scottish schiltroms. Between 1309 and 1313, he was created Earl of Carrick, a title which had been previously held by his maternal grandfather Niall of Carrick, his mother and his elder brother in turn.

Robert the Bruce had been invited by an alliance of Irish chieftains to take over the vacant throne of Ard-Rí. On 26 May 1315 Edward and his brother Robert, along with Robert's son-in-law Walter Stewart, landed on the Irish coast in an attempt to free Ireland from English rule. Edward landed near Larne, Co Antrim and won a battle against an Irish army led by Sir Thomas de Mandeville and proceeded to take the town of Carrickfergus. In early June, Ó Néill and some twelve fellow northern Kings and lords met Edward Bruce at Carrickfergus and swore fealty to him as King of Ireland.

In late June, Edward continued along Six Mile Water, burning Rathmore, near Antrim. He then went south by way of the Moiry Pass where he was ambushed by Mac Duilechain of Clanbrassil and Mac Certain of Iveagh, both of whom had submitted to him at Carrickfergus. Their attempted ambush ended in their defeat and the army pressed on, destroying de Verdon's fortress of Castle Roche, and on 29 June attacked Dundalk. The town was almost destroyed and its Anglo-Irish and Gaelic population was massacred.

Forces opposing Edward Bruce assembled at Sliabh Breagh, the high ground south of Ardee, in July. One of these forces was headed by Richard Og de Burgh, 2nd Earl of Ulster, Robert the Bruce's father-in-law, and his ally, the King of Connacht, Felim mac Aedh Ua Conchobair. The second force was raised in Munster and Leinster by Justiciar, Sir Edmund Butler of Ormonde. The Scots-Irish army was situated at Inniskeen, ten miles to the north. De Burgh moved his army north of Louth and set up camp while his cousin, William Liath de Burgh attempted to ambush Edward's forces. Edward however, refused to give battle and instead, with the Ó Néill, retreated northwards to Coleraine via Armagh. Richard de Burgh eventually withdrew back forty miles to Antrim, while Butler had to return to Ormond due to a lack of supplies.

In August Edward and his army crossed the Bann in four ships, leading Thomas Dun de Burgh to retreat further to Connor, where on either the first or ninth of September a charge by the Scots-Irish led to his defeat. William Liath was captured and taken as hostage to Scotland, de Burgh retreated back to Connacht, while other Anglo-Irish took refuge in Carrickfergus Castle. King Edward II ordered an assembly of the leading Anglo-Irish on 1st September, which met at Parliament in Dublin in late October, but no decisive action was taken.

On 13 November, Edward Bruce marched further south and occupied Nobber on the 30th, and advanced to Kells, where he was met in battle by Sir Roger Mortimer and a large force. Mortimer was in possession of a Papal letter which admonished the Irish clergy, under pain of excommunication, and Gaelic chieftains to reject the rule of Edward Bruce and to acknowledge Edward II as their rightful ruler. Edward Bruce was reinforced by Moray who had returned from Scotland with around five hundred fresh troops and supplies. The Battle of Kells was fought on the 6 or 7 November, with Mortimer being decisively defeated by de Brus. Mortimer was forced to retreat to Dublin then returned to England to request reinforcements from Edward II. After sacking and burning Kells, Bruce proceeded to do the same to Granard, Finnea, the Cistercian monastery of Abbeylea and raided Angaile (Annually), the lordship of Gaelic lord O Hanely. Edward Bruce was crowned Ard-Rí of Ireland in 1316.

The grave of Edward Bruce 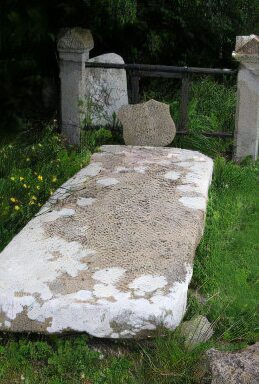 The Irish/Scottish force, in less than a year, had succeeded in gaining most of Ireland under their control. However by the beginning of 1317 famine had stricken most of the country making it difficult for King Edward to provide food to most of his men, the weather was so bad that the whole period was subsequently likened to a mini ice age. King Robert returned to govern Scotland but continued to provide aid to his brother. For almost a year the Anglo-Norman barons retook no land since the famine had made it difficult for either side to provide food for their armies.

In the late summer of 1318, Sir John de Bermingham, whose uncle, the Lord of Ardee, had been killed by Edward by being hung from the battlements of Ardee Castle in the early months of the invasion, joined forces with Edmund Butler and marched against Edward Bruce with a large force, Edward was vastly outnumbered but gave battle.

At the Battle of Faughart fought just north of Dundalk on 14 October 1318, the Scots-Irish army was defeated and Edward was killed in the battle by an English soldier called John Maupas, his body was later quartered and send to various towns in Ireland, while his head was dispatched to Edward II in England. Edward's remains were buried in the churchyard on the Hill of Faughart, near Dundalk, Co. Louth, the large flat stone which was laid on top of the grave can still be seen. Edward's illegitimate son, Alexander Bruce inherited the Earldom of Carrick.

The Annals of Ulster mentions the hostility to Edward Bruce felt by many of the Anglo-Irish and Irish:-

"Edward de Brus, the destroyer of Ireland in general, both Foreigners and Gaels, was killed by the Foreigners of Ireland by dint of fighting at Dun-Dealgan. And there were killed in his company Mac Ruaidhri, king of Insi-Gall Hebrides (i.e. Ailean mac Macidhri) and Mac Domhnaill, king of Argyll, together with slaughter of the Men of Scotland around him. And there was not done from the beginning of the world a deed that was better for the Men of Ireland than that deed. For there came death and loss of people during his time in all Ireland in general for the space of three years and a half and people undoubtedly used to eat each other throughout Ireland."