Kenneth III, King of Scots, or Cinaed mac Duib, was known as the 'Donn' meaning the brown-haired. He was the son of King Dubh and became King of Scotland on the murder at Rathinveramon of his predecessor and cousin, King Constantine III.

The internecine struggle for possession of Scotland's throne between the two rival branches of the MacAlpin family had continued for generations and was a direct result of the tanist system of inheritance, which then prevailed in Scotland. Kenneth associated his son, Giric, with himself, not only as his tanist successor, but as joint King, or legh-righ, in attempt to ensure his eventual succession of his line to the Scottish throne. 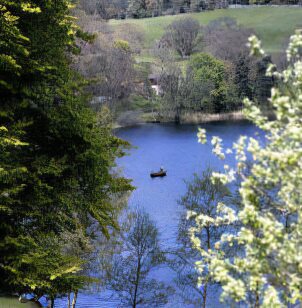 Kenneth invaded Northumbria, asserting what he saw as his hereditary right, taking the Earl of the province back to Scotland as his prisoner. He managed to hold onto the throne of Scotland for twenty-four years before being defeated and killed by his cousin Malcolm II at the battle of Monzievaird in Strathearn on 25th March 1005. Kenneth's son Giric was also killed in the battle. 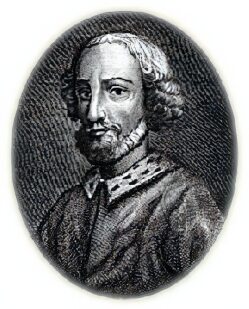 All of King Kenneth III's male descendants were hunted down and killed by his successor, Malcolm II. However, the line of Kenneth III was not extinguished. His granddaughter Gruoch, (Shakespeare's Lady Macbeth) had a son called Lulach from her first marriage to Gillacomgain, Mormaer of Moray. Lulach succeeded to the throne on the death of his mother's second husband, King MacBeth. The meic Uilleim, descendants of William Fitz Duncan by his first marriage, was probably descended from Kenneth and the Clann Mac Aoidh or Clan Mackay claim descent from Kenneth III through Lulach's daughter.