Lulach mac Gille Coemgáin was the son of Gillacomgain, Mormaer of Moray and Gruoch, who was the granddaughter of Kenneth III. He was born around 1029-32.

Lulach's mother, Gruoch, had taken Macbeth as her second husband, making Lulach his step-son. On the death of Macbeth in 1057, his King's followers placed Lulach on the throne, despite strong resistance from the alliance formed by Malcolm Canmore to overthrow Macbeth. In effect, Lulach was King only in the north, essentially in the old Pictish territories and of the far north, including Orkney and Shetland, where there were family connections to ensure loyalty. Malcolm Canmore and his faction assumed kingship in the south. Lulach's is the first coronation of a King of Scotland for which recorded details survive. He was crowned on the ancient Coronation Stone at Scone Abbey on 15th August 1057. 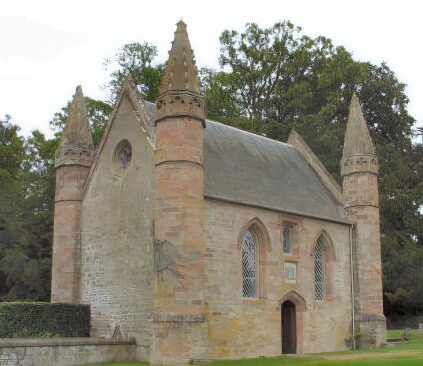 Known as Lulach 'the Simple' or 'the Fool', there is evidence to believe that Lulach was mentally retarded or somewhat backward. Lulach was killed in battle by his successor, Malcolm III 'Canmore', at Essie in Strathbogie on 17th March 1058.

The line of Lulach continued, his son Máel Snechtai was Mormaer of Moray, while his daughter had a son, Óengus, who inherited the title of Mormaer of Moray and made an unsuccessful attempt to claim the throne in the reign of David I, which ended in his defeat and death in 1130.

Orderic Vitalis wrote that in the year 1130, Óengus with Máel Coluim mac Alaxandair invaded Gaelic Scotia with 5000 warriors. The Moravians were met by King David's general, an old Anglo-Saxon noble named Edward Siwardsson. The Anglo-Saxon Chronicle reported "a great slaughter". The Annals of Ulster tells that 4000 Moravians were killed, and only 1000 Gaels. The Annals of Innisfallen makes clear that what Orderic Vitalis wrote regarding the battle having taken place in Scotia indicates that it was an invasion. Siward defeated the Moravians and Óengus was killed. The Scoti then invaded Moray, which, as Orderic Vitalis put it, "lacked a defender and lord."

After the defeat of Óengus, Moray was probably granted to William Fitz Duncan. After his death in 1147, it was to some extent colonized by King David's French, Flemish and English followers, although in the longer term, most of these became Gaelicized.