James Stewart was the illegitimate son of James V King of Scots and Lady Margaret Erskine, daughter of John Erskine, 5th Lord Erskine and Lady Margaret Campbell. Although Margaret Erskine was married to Robert Douglas of Lochleven evidence exists to suggest that James V may have considered arranging their divorce and marrying his mistress before marrying his first wife Madeleine of France. Born in 1531, James was appointed Prior of St Andrews, Fife in 1538.

On 5 August 1557, accompanied by his half-brother Robert, and Lord Home, James led a raiding party across the English border into Northumbria and burnt houses at Fenton before retreating on the approach of an English force led by Henry Percy. 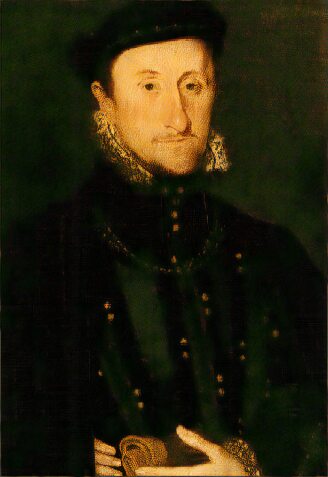 James was present at the Paris wedding of his half-sister, Mary, Queen of Scots to the future Francis II of France. To finance his trip his mother Margaret Erskine obtained credit from Timothy Cagnioli, an Italian banker in Edinburgh.

James, an avid Protestant, became a supporter of the Scottish Reformation and led the Protestant lords in their conflict with Mary of Guise, the regent for her Catholic daughter Mary Queen of Scots. An English commentator praised James for his virtue, manhood, valiantness and stoutness as a leader of the Protestant Lords of the Congregation.

Following his sister the Queen's widowhood and return to her native Scotland in 1561, Moray became her chief advisor, despite their religious differences. He chivalrously guarded her door, sword in hand, against angry protestations from her subjects, when Mary practised the Catholic mass. The grateful Queen created him Earl of Moray and Mar in reward. Mary was regarded with suspicion by her Protestant subjects. Confrontations with the unyielding and fanatical Knox reduced the emotional and inexperienced Mary to tears. She continued to attend the mass but in acceptance of the situation, tolerantly gave official recognition to the reformed religion. At first, she allowed herself to be lead by wise ministers, but gay and pleasure-loving in the finest Stewart tradition, Mary soon began to exhibit a more willful and impulsive streak. In attempting to govern the rebellious Scots nobility she faced an unenviable challenge. 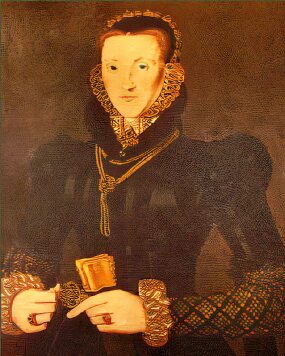 Moray opposed the hasty and ill-advised marriage of Mary, Queen of Scots to her cousin Henry Stuart, Lord Darnley in 1565, and embarked upon the unsuccessful Chaseabout Raid, together with the Earl of Argyll and Clan Hamilton. He has subsequently declared an outlaw and took refuge in England.

Moray returned to Scotland after the murder of David Rizzio and was pardoned by his sister. By accident or design, he was not in scotland at the time of Darnley's murder at Kirk'o Field near Edinburgh, and avoided involvement in Mary's unpopular third marriage marriage to James Hepburn Earl of Bothwell, believed by many to be the murderer of her husband, by going to France. Following Mary's forced abdication in favour of her infant son, James VI, on 24 July 1567, Moray returned to Edinburgh from France on 11 August 1567, William Cecil, the English secretary of State had arranged an English ship to return him to Scotland.

Moray was appointed Regent of Scotland for the minority of his nephew James VI on 22 August. The young James' care was entrusted to the Earl and Countess of Mar, "to be conserved, nursed, and upbrought" insecurity of Stirling Castle, he was crowned King of Scots at the age of thirteen months at the Church of the Holy Rude, Stirling, by Adam Bothwell, Bishop of Orkney, on 29 July 1567. Queen Mary was imprisoned at Lochleven Castle situated on an island in the middle of a loch, where Moray's mother, Margaret Erskine acted as her jailer.

The deposed Queen Mary, however, using her legendary Stewart charm to solicit aid, managed a daring escape from her island prison on 2 May 1568 after which the Duke of Chatelherault and other Scottish nobles rallied to her banner, Moray, an able commander, defeated her forces at the Battle of Langside, near Glasgow on 13 May 1568, forcing Mary to flee across the border to seek refuge from her English cousin Queen Elizabeth I.

Elizabeth ordered an enquiry into the murder of Darnley, which the Scots lords were invited to present their evidence before September 1568, Moray travelled to York to discuss a treaty with England. During this conference he produced the casket letters which were supposed to incriminate Queen Mary, and justify his rule in Scotland. Mary, Queen of Scots was to spend the rest of her life as a prisoner in England until her execution at Fotheringhay Castle on the orders of Elizabeth I, on 8th February 1587.

James I and VI as a child 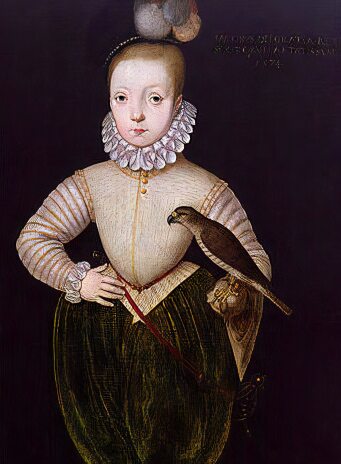 Moray proceeded against Mary's supporters in Scotland in the Raid of Dumfries in June 1568, his allies were commanded to muster on 10 June, he rode to Dumfries and en route captured houses belonging to his sister's supporters, at Annan he met with Lord Scrope the Captain of Carlisle Castle to discuss border matters. Moray then took Lochmaben Castle, which the Laird of Drumlanrig had been left to hold for Mary and captured Lochwood and Lochhouse before returning to Edinburgh via Peebles.

He burned Rutherglen castle to the ground in 1569 in revenge against the Hamiltons who had supported Mary at the Battle of Langside. In June 1569 Moray went north to Brechin where he accepted hostages sent by the Earl of Huntley and held talks with him at Aberdeen. At Inverness, on 4 June 1569, Moray met the Highland and Island chiefs with the Earls of Caithness and Sutherland and Lord Lovat.

Moray was at Stirling Castle on 19 January 1570, where he had invited the English diplomat Sir Henry Gate, Marshal of Berwick, and Sir William Drury for lunch in the castle's Great Hall. He advised his English guests that he would meet with them and certain Scottish nobles at Edinburgh on Monday or Tuesday to discuss the rendition of English rebels. He was preparing an attack on Dumbarton Castle was still held by supporters of Queen Mary. On 21 January, Moray dispatched letters to summon Morton, Lindsay and Home to the meeting in Edinburgh.

Moray was assassinated in Linlithgow on 23 January 1570 by James Hamilton of Bothwellhaugh, a supporter of Mary. As he was passing through the main street below, Hamilton discharged a carbine shot from a window of his uncle Archbishop Hamilton's house fatally wounded him. The assassination of the regent had been well planned, including Hamilton's escape route. Moray had been warned that treachery lurked at Linlithgow and after receiving a warning from John Knox, Moray's wife, Agnes Keith, sent a message to alert her husband to the danger and he consequently chose an alternative route. Badly wounded, the regent died later that day at Linlithgow Palace, James Hamilton managed to escape to France.

Moray's body was transported to Leith and later taken to Holyrood Abbey. He was interred on 14 February 1570 in St. Anthony's aisle at St. Giles, Edinburgh, the fiery Protestant reformer John Knox preached at the funeral. Moray was succeeded by his eldest daughter and heir, Elizabeth Stewart, 2nd Countess of Moray, whose husband, James Stewart of Doune acquired the earldom on their marriage. Moray was succeeded as Regent by King James VI's paternal grandfather, Matthew Stewart, 4th Earl of Lennox. Moray's wife, Agnes Keith, was buried beside him on her death in 1588.