The Anglo-Saxons were partly descended from the Germanic tribes who migrated from Europe and settled the south and east of England at the beginning of the early fifth century. Bede states that the West-Saxons were "formerly called Gewissæ". The Gewissae (a Saxon tribe descended from Gewis of Baeldaeg's Folk), landed on the south coast of England and began to conquer an area of territory from the native British Celts. 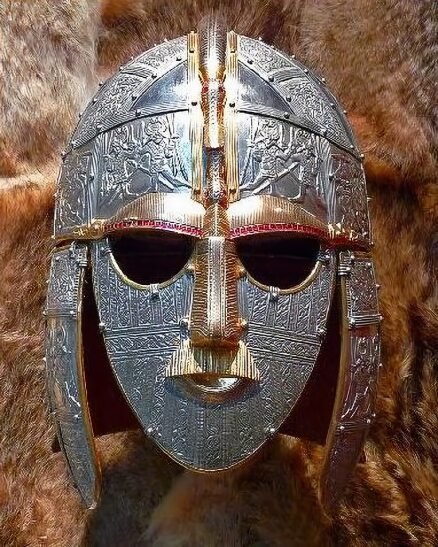 The Anglo-Saxon Chronicle, commissioned by Cerdic's descendant, Alfred the Great, relates that Cerdic landed at Cerdic's Shore, in Hampshire (possibly the western side of the Solent) in the year 495, he was then described as an ealdorman and was accompanied by his young son Cynric, together with Saxon and possibly some Jutish companions, brought over to England in five keels (ships) -

In the year that was past from the birth of Christ 494, then Cedric and Cynric his son landed at Cerdices ora [Cerdic's ore] from five ships And they fought with the Welsh the same day.'

Cerdic (and later his son Cynric) begin the conquest of the area now known as Wiltshire. The Wiltsaete (or Wilsaetas, Saxons of Wiltshire), migrated into the same territory, either independently as a result of the decaying British defensive situation or as part of Cerdic's invasion. He fought Natanleod, a British Celtic ruler at Natan leag (Netley Marsh) in Hampshire and killed him. Thirteen years later (in 508) he later fought at Cerdicesleag (Charford, Cerdic's Ford) in 519.

Following this conquest, he was crowned king of the West Seaxe, the first king of Wessex, at Winchester in 532. His conquest took place at around the same time as the Saxons in southern Britain were soundly defeated at Mons Badonicus or Mount Badon. This could mean that Cerdic overcame the local territory and its British occupants, but is more likely an indication that the earlier Saxon and Jutish (Ytene) settlements around Southampton Water (neighbouring the Meonware to the immediate east) were allied to Cerdic's cause. 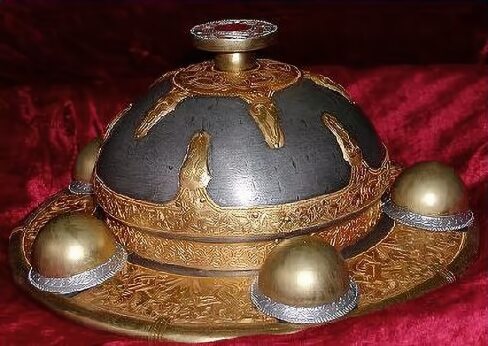 Cerdic also conquered the Isle of Wight (then known by the Celtic name of Ynys Weith), the island was later granted to his kinsmen, Stuf and Wihtgar, who were said to have arrived in England with the West Saxons in 514. While Cerdic's area of operation was, according to the Anglo-Saxon Chronicle, in the area north of Southampton, there is archaeological evidence of early Anglo-Saxon activity in the area around Dorchester-on-Thames. This is the later location of the first West Saxon bishopric, in the first half of the seventh century, so it appears likely that the origins of the kingdom of Wessex are more complex than the version provided by the surviving traditions.

Cerdic was succeeded by his son Cynric. Descent from Cerdic became a necessary criterion for the later Saxon kings of Wessex, and Egbert of Wessex, progenitor of the English royal house and subsequent rulers of England and Britain, claimed him as their ancestor.

The Anglo-Saxon Chronicle records an exalted pedigree tracing Cerdic's ancestry back to the great Woden himself, however, the pedigree resulted from a process of elaboration upon a pedigree borrowed from the Anglian kings of Bernicia, and therefore before Cerdic himself it has no historical basis and his real ancestry is not known with certainty. The name Cerdic is thought to be Brythonic Celtic, a form of the name Ceretic or Caradog, Caratacus in its Latin form. This may indicate that Cerdic was a native Briton and that his dynasty became Anglicised. 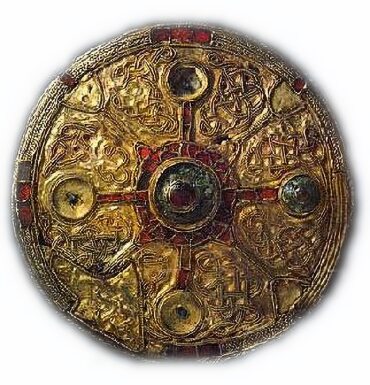 Cerdic of Wessex is sometimes identified with the contemporary Prince of Gwent, Cerdic, son of Eliseg, who descended in the direct male line from the famous first-century Celtic patriot king, Caractacus, who fought the Roman invaders...

This theory is supported by the non-Germanic names of some of his descendants including Ceawlin, Cedda and Caedwalla. Elesa, thought to have been Cerdic's father, has been identified by some scholars with the Romano-Briton Elasius, the "chief of the region", met by Germanus of Auxerre. As Cerdic is reported to have landed in Hampshire, some argue that the Anglo-Saxon Chronicle proves that Cerdic was indeed a Saxon, some scholars believe it likely that his mother was a British Celt who left for the Continent. J.N.L. Myres theorised:-

It is thus possible to think of Cerdic as the head of a partly British noble family with extensive territorial interests at the western end of the Litus Saxonicum. As such he may well have been entrusted in the last days of Roman, or sub-Roman authority with its defence. He would then be what in later Anglo-Saxon terminology could be described as an ealdorman. . If such a dominant native family as that of Cerdic had already developed blood relationships with existing Saxon and Jutish settlers at this end of the Saxon Shore, could very well be tempted, once effective Roman authority had faded, to go further. It might have taken matters into its own hands and after eliminating any surviving pockets of resistance by competing British chieftains, such as the mysterious Natanleod of annal 508, it could 'begin to reign' without recognizing in future any superior authority.'

Cerdic died in 534, the Anglo-Saxon Chronicle relates 'This year died Cerdic, the first king of the West-Saxons. Cynric his son succeeded to the government and reigned afterwards twenty-six winters.

Tradition states that Cerdic was buried at Cerdicesbeorg, a former barrow at Stoke near Hurstbourne in the northwest corner of Hampshire, which is mentioned in an eleventh-century charter. Cynric succeeded him as King of Wessex from 534 to 560. The Anglo-Saxon Chronicle states Cynric to have been the son of Cerdic, and also (in the regnal list in the preface) to have been the son of Cerdic's son, Creoda. His direct descendant, Egbert, in Old English Ecgbehrt, became the first King of all England, Egbert was born around 770-780 and was the son of Ealhmund, King of Kent, who is mentioned in a charter of 784.