The Medieval Palace at the Tower of London, which is housed in St Thomas's Tower, the Wakefield Tower and the Lanthorn Tower, contains reconstructions of the rooms used by medieval kings of England during their visits to the Tower. When King Henry III (reigned 1216-1272) and his son Edward I (reigned 1272-1307) expanded the defences of the tower in the thirteenth century, they also added the royal palace. 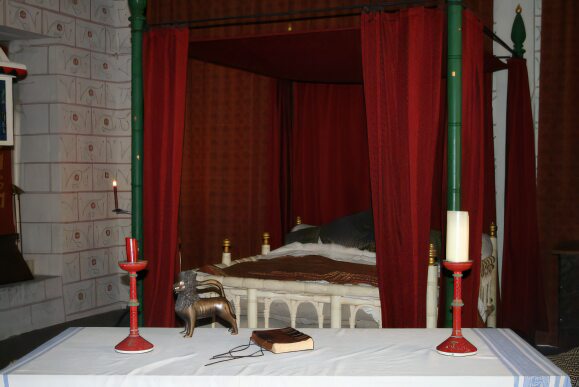 The palace contains a vivid reconstruction of Edward I's bed-chamber, with a small chantry chapel which leads to it, both are complete with furniture, curtains, carpets and other equipment of daily life. The walls have murals, and coats of arms have been painted over the fireplace, the shutters are painted with a royal device, the lions of England.

Proceeding into the Wakefield Tower, which was built by Edward's father, Henry III, the room was probably used as Henry's Council Chamber and now contains a reconstruction of his throne. Furnishings at the time were sparse but brightly painted. Surviving records from Henry III's reign reveal he spent large amounts of money on paint and decorations of brightly coloured objects. 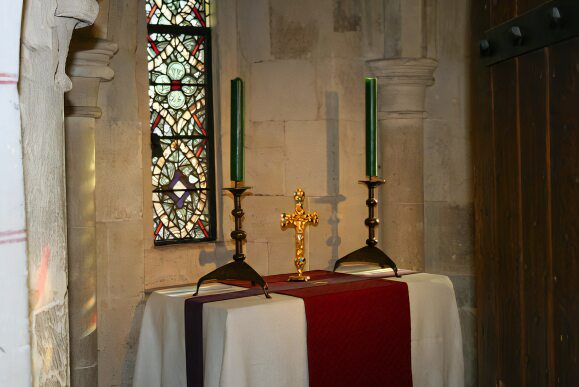 The last Lancastrian king, Henry VI, was murdered in the Wakefield Tower, whilst he was at prayer, on the night of the Vigil of the Ascension, 21st -22nd May, 1471, after the Yorkist victory of the Battle of Tewkesbury. The murder was probably carried out on the orders of his cousin, the Yorkist King, Edward IV. A small chapel is separated by a painted timber screen from Henry III's council chamber, is cited as the spot where Henry VI was murdered.

Reconstructed throne in the Council Chamber 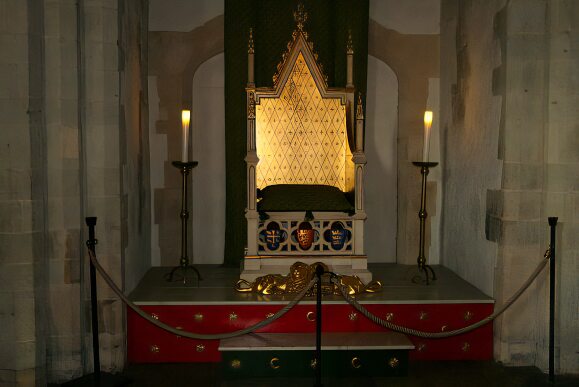 A marble tablet placed in his memory now marks the spot where Henry VI is traditionally said to have met his untimely end. Each year, on the eve of the anniversary of his death, the ceremony of the lilies and the roses are played out, white lilies for Eton College and white roses for King's College, Cambridge are placed there in memory of their founder. The body of King Henry VI was exhumed in 1910. The skeleton was found to have been dismembered before being placed in the box and not all the bones were present. Three very worn teeth were found and the only piece of jaw present had lost its teeth before death. The bones were recorded as being those of a strong man measuring five feet nine to five feet ten inches tall. Light brown hair found matted with blood on the skull confirmed that Henry VI had died as a result of violence. 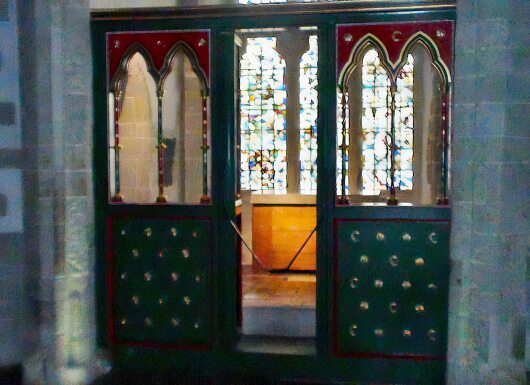 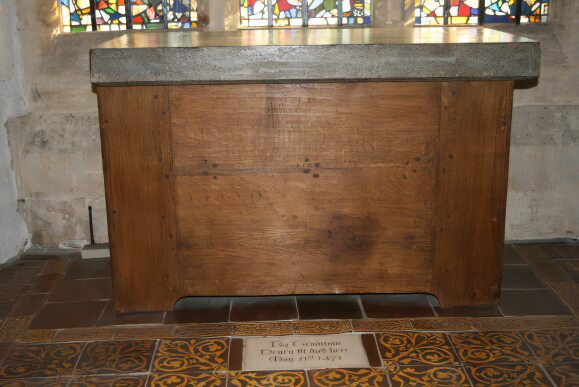 The Chapel of St. Peter PreviousNext The Beauchamp Tower