The Theft of the Crown Jewels

Colonel Blood has gone down in history as a bold rogue capable of a feat of unsurpassable wit and mischievousness and known to all that have come after as the man who stole the Crown Jewels. Born as Thomas Blood in 1618, he was an Irishman native of the County of Meath and son of a talented and prosperous blacksmith. His family did not only have wealth but also prestige, Thomas had come from a long line of respected men and women, his grandfather had even served as a Member of Parliament. 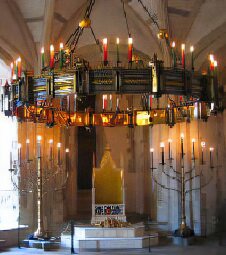 Life got agitated for dear old Thomas when the English Civil Wark broke out in 1642 and he shipped to England to fight for the then King Charles I. Mr Blood was a man of a practical mind, however, and as soon as it was apparent that Cromwell would win this engagement, he changed sides to join the Roundheads. This bold move assured him the reward of a large state when Charles I was defeated but, as fate would have it, Blood had to flee the country when Charles II returned to the throne.

The Quest for the Crown Jewels

The Colonel was certainly not happy about this turn of events and, along with other disgruntled Cromwellians attempted other plots like the one that meant to seize Dublin Castle to capture the Governor. Years later, already being one of the most wanted men in all of England, he dared return under a fake identity and even started his practice as a doctor. Blood's life of adventure, however, was far from over, as it was then when he started working on a secret plot to steal the Crown Jewels. These were kept securely at the Tower of London in one of the lower basements, constantly watched by their keeper Talbot Edwards.

Thomas spent quite some time befriending Edwards, building a friendship that would eventually enable him to steal the jewels. It was the fated day when he had set a meeting between his nephew and Edwards daughter where the theft took place. Masterfully planned, Edwards was knocked out and the jewels secured, but a dark twist of fate and a witness who should not have been there foiled Colonel Blood's plans.

Even captured Blood's luck continued to save the day for him. His charm and wit managed to win over the will of the king, who not only spared his life but gave him his liberty and lands worth a hefty amount of money as annual rent! Even after this, he went on to become a familiar face in the court and a consummated and popular ladies man. This impressive and almost unbelievable story make Thomas Blood one of the most interesting (and darn lucky) characters in the history of England.

The Crown Jewels have never been stolen since, no other had the wit and audacity of the Colonel to even try to pull a daredevil plan like that!