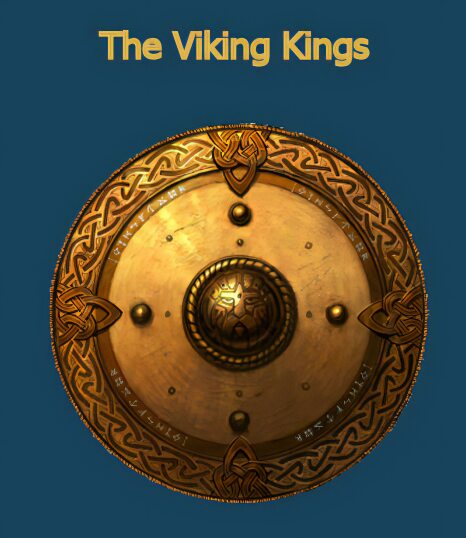 England's line of Viking kings spans a dynasty of three generations and was founded in 1013 by Sweyn Forkbeard, King of Denmark, the son of Harald Bluetooth, who after years of conflict, wrested the throne of England from the ineffectual native Saxon king, Ethelred II the Redeless ( 978-1016).


Sweyn was followed by his son Canute, called the Great (1016 - 35), the ablest of his line, who converted to Christianity and married Ethelred's widow, Emma of Normandy. 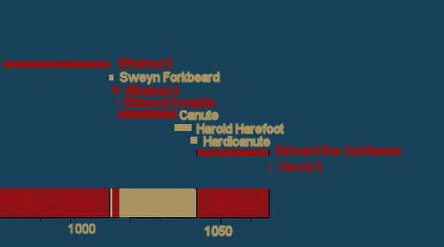 Canute's two infamous sons, the illegitimate Harald Harefoot (1037-1040) and Hardicanute or Harthacnut (1040-1042), his son by his marriage to Emma, reigned after him, both were antagonistic toward the other. On the death of the youngest of these, Hardicanute in 1042, the old Saxon line of Wessex was restored in the person of Ethelred's son, Edward the Confessor (1042-1066).