Sweyn, known as Tiugeskaeg, or Forkbeard due to his long, cleft beard, was the son of Harald Bluetooth and was born around 960. Harald Bluetooth (Danish Harald Blåtand) was King of Denmark between 940 and 985 AD. The identity of his mother is not known with certainty, he may have been Harald's illegitimate son by Aesa, (according to the Jomsvikinga Saga) though more probably his mother was Queen Gunild. Sweyn succeeded his father as King of Denmark in 986. 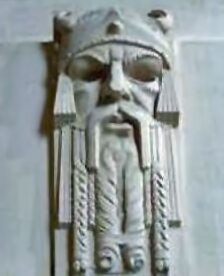 He was married twice, firstly to Gunhilda, the daughter of Mjeczislas, Duke of Poland and secondly to Sigrid the Haughty, the widow of Eric VI, King of Sweden.

The young Sweyn's first military expedition, in which he was allied to the famous Viking, Palnatoke, was against his father, Harald Bluetooth, who was killed in the conflict. He later lead a large Viking fleet to English shores, which failed in its intended attempt to capture London. Eric Sersel, King of Sweden took advantage of Sweyn's absence in England and occupied Denmark. Sweyn recovered Denmark on the death of Eric in in 994.

At the battle of Svolder in 1000, Sweyn in alliance with the Swedes defeated and killed King Olaf I Trygvessön of Norway and divided his kingdom. Sweyn repudiated his first wife Gunild, daughter of Duke Mieszko of Poland, by whom he had two sons and married King Eric's widow, Sigrid, known as the Haughty. Sigrid was the beautiful but vengeful daughter of Skogul-Tosti, a powerful Swedish nobleman. The marriage produced five daughters. 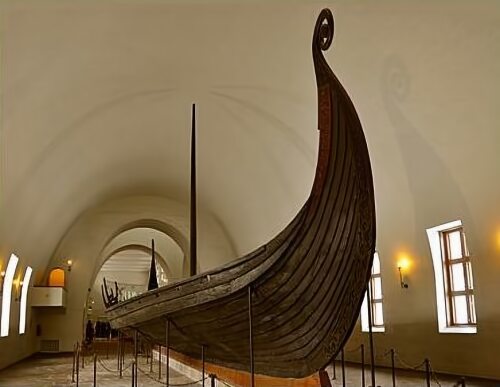 Sigrid had previously received a proposal from Olaf Trygvasson, King of Norway, which she refused as it would have required that she convert to Christianity. She proudly told him "I will not part from the faith which my forefathers have kept before me." Olaf is reported to have angrily struck her in the face, whereupon Sigrid responded "This may some day be thy death." After her marriage to Sweyn, she was instrumental in creating a coalition of his enemies to bring about his downfall.

After his first expedition to England, Sweyn was resorted to extracting payment by blackmail as opposed to ravaging English shores. King Ethelred II the Redeless, the weak and ineffectual King of England, had ordered a general massacre of Danes in England on St. Brices Day, 1002, which included men, women and children, none were spared from the savage slaughter. 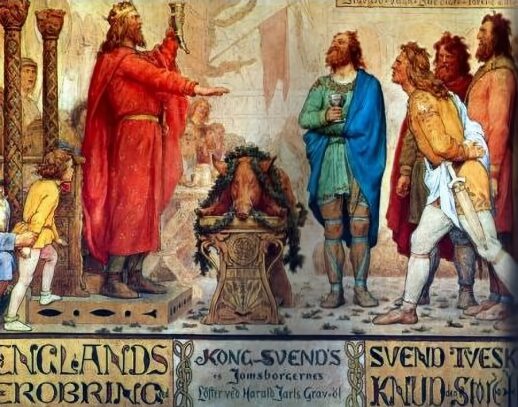 The Londoners put up a stout resistance, King Ethelred and Thorkell the Tall, a Viking leader who had defected to him, was in the city. Sweyn then proceeded west to Bath, where the western thanes submitted to him. The Londoners fearing an act of awful revenge would be exacted on them if they resisted any further, followed their example and at last submitted.

Ethelred fled to the Isle of Wight and later joined his wife and children in Normandy, where they had taken refuge with her nephew, Duke Richard. Sweyn was declared King on Christmas Day, 1013. Some of the English provinces refused to pay homage to the Dane, who had no dynastic right and claimed the throne by right of conquest. He was never crowned.

England's first Danish King died suddenly of apoplexy, on 3rd February 1014, while threatening the Abbey of Bury St. Edmund's. He had reigned for less than a year. Ethelred was re-called by the Witan, causing Sweyn's son, Canute to flee. Sweyn was buried in England, but his body was later removed to Roskilde Cathedral in Denmark. He was succeeded as King of Denmark by his older son, Harold II.