The Domesday Book, William the Conqueror

At Christmas, 1085, whilst staying at Goucester, William the Conqueror decided to conduct a far ranging survey of his kingdom, its boroughs and manors, for tax purposes, becoming known as the Domesday Book, from the Old English dom, meaning reckoning, due to the exacting and invasive nature of its questions, the survey was completed in 1086.. 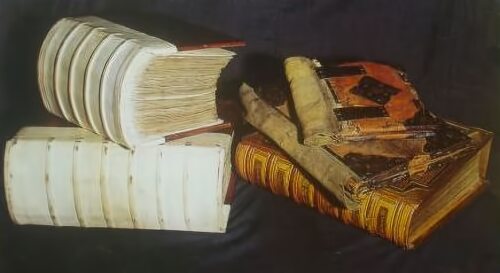 All Norman lords and barons whom King William had granted land in England were ordered to collect information on their domains, which was to be sent to William's advisors. Officials were then despatched to the 34 counties that then constituted the kingdom of England to check the information and acquire more...

The officials were instructed to ask fixed questions including what the particular place was called, who owned it, how many resided there, even how many cattle were kept there. For each landholding, questions were phrased to also discover how much the land was worth during the reign of Edward the Confessor, before the conquest. They took evidence on oath from the Sheriffs, the barons and their Frenchmen; and from the whole Hundred, the priests, the reeves and six villagers from each village. The work was rendered more difficult by the fact that most of England's population spoke Anglo-Saxon or Old English at the time whilst William's officials spoke Norman-French. 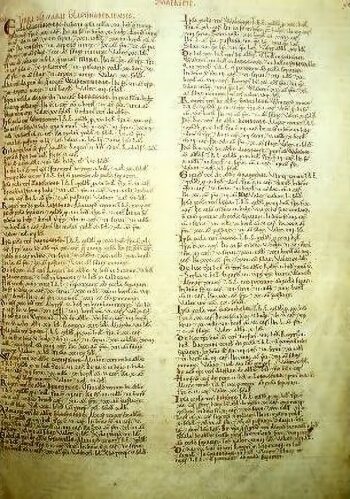 "[King William] sent his men over all England into every shire and had them find out how many 100 hides there were in the shire, or what land and cattle the King himself had in the country or what dues he ought to have in the 12 months from the shire. He also recorded how much land his archbishops had and his bishops and his abbots and his earls how much each man who was a landholder in England had in land or livestock and how much money it was worth".

The native English people deeply resented the questioning:- "It is shame to tell", wrote a chronicler, "what he thought it no shame for him to do. Ox, nor cow, nor swine was left that was not set down upon his writ."

The survey makes mention of over 13,000 places in all, most of which survive to the present day, Volume 2, known as Little Domesday, covers Essex, Norfolk and Suffolk. Volume 1, or Great Domesday the rest of the country omitting County Durham and Northumberland, which William did not then control and including some areas which are now part of North Wales.

Domesday Book has the final word on who owned land in England at the time, there was no appeal beyond its judgements. The survey is first recorded under the name Domesday in the "Dialogus de Scaccario ", a treatise compiled about 1176 by Richard FitzNigel, which states that the English called the book of the survey "Domesdei", prior to that it was known as the Winchester Roll or King's Roll, or sometimes as the Book of the Treasury.

A huge enterprise for the time, the Domesday Book is a highly detailed survey and valuation of all the land held by the King and his chief tenants and remains our most famous and earliest surviving public record. In the scope of its detail and the speed of its execution, it was perhaps the most remarkable administrative accomplishment of the Middle Ages.