Henry Beaufort was the illegitimate son of John of Gaunt, Duke of Lancaster, (third surviving son of King Edward III) and his mistress Katherine Swynford, the daughter of Paon de Roet, a herald of Hainault. He was born around 1374 at Beaufort Castle in Anjou. At the time of Henry's birth, the couple already had one child John Beaufort (b.1371), later Earl of Somerset, they went on to have two more, Thomas (b circa 1377), later Duke of Exeter and Joan Beaufort (b. circa1379). 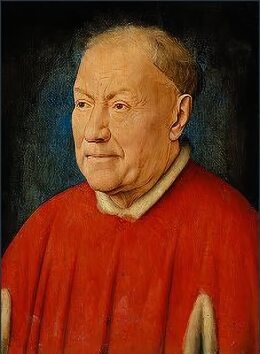 John of Gaunt later made Katherine Swynford his third wife and their four Beaufort offspring were legitimated by the pope and by Act of Parliament on 9 February 1397. Their half-brother King Henry IV later inserted the proviso, 'excepta regali' digitate meaning that the Beauforts were barred from inheriting the crown.

Henry Beaufort was educated in law at Aachen and also studied at Peterhouse, Cambridge (1388-9) and Queen's College, Oxford (1390-1). On 14 July 1398, while still in his early twenties, he was consecrated as Bishop of the diocese of Lincoln. During this time he is alleged to have conducted an affair with Alice FitzAlan (1378-1415), the daughter of Richard FitzAlan, Earl of Arundel and Elizabeth de Bohun. Henry had an illegitimate daughter, Jane Beaufort, in 1402, who is mentioned in his will and who some sources believe to be Alice's 's daughter. However no contemporary documentation exists to support the affair with Alice FitzAlan.

John of Gaunt died on 3 February 1399 and his estates, which should have been inherited by his eldest son, Henry Bolingbroke, were seized by King Richard II. Bishop Beaufort accompanied the king on his campaign in Ireland. His exiled half-brother Bolingbroke landed in England from France claiming he wished to reclaim his inheritance. Bolingbroke received much support and proceeded to depose his cousin Richard after which he was crowned as King Henry IV. Following Bolingbroke's deposition of King Richard, Beaufort was appointed Lord Chancellor of England in 1403. He resigned from that position and returned the Great Seal in 1404 when appointed Bishop of Winchester on 19 November.

In the latter part of his reign Henry IV was struck by a disfiguring disease, which forced him to become a recluse. His eldest son, Henry, Prince of Wales, who the king considered too eager to step into his shoes, was given control of the government along with a council. The king's health steadily deteriorated, he contracted a form of skin disease, variously considered to be leprosy, syphilis or psoriasis. Between 1411 and 1413, Bishop Beaufort was in political disgrace for siding with his nephew, Henry, Prince of Wales, against his half-brother, but when King Henry IV died and the young Henry succeeded to the throne as King Henry V he once again appointed his uncle as Chancellor in 1413. Beaufort again resigned the position in 1417, after which he travelled to Constance to attend the Council which was attempting to heal the great schism in the Catholic Church. Beaufort used his influence to persuade the Council to elect a Pope before proceeding with the reformation of the Church. In reward for these services to the church, the new Pope, Martin V, offered him a cardinal's hat, which King Henry V refused to allow his uncle to accept...

Henry V died of dysentery while campaigning in France in 1422, and was succeeded by his nine-month-old son King Henry VI. Bishop Beaufort along with the infant king's other uncles, formed the Regency Government of England 1422-1437. In 1424, he was for the third time invested as Chancellor of England and held office until 1426. Throughout Henry VI's minority, Beaufort sought to undermine what he saw as the dangerous influence of his nephew and rival Humphrey, Duke of Gloucester, appointed "protector" of the realm by the will of Henry V. Gloucester frequently criticized Beaufort for simultaneously holding high positions in church and state. A large quarrel between the pair occurred in 1425, when Beaufort reproached Gloucester for the folly of his attempt to claim his wife's inheritance in Hainault which had jeopardized the delicate English alliance with the Burgundians. When riots broke out on the streets of London, Gloucester's older brother, John Duke of Bedford, whom Henry V had appointed regent in his will, was forced to return from campaign in France to attempt to effect a reconciliation between his relatives. Bedford attempted to arbitrate between the two at a Parliament at Leicester in February 1426, but the incensed Gloucester charged Beaufort with treason. He denied the charges and an official reconciliation was arrived at, however, Beaufort eventually felt obliged to resign as Chancellor. 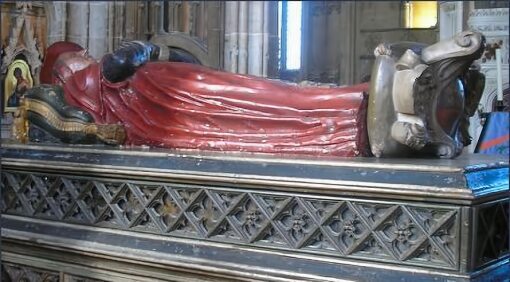 Beaufort was appointed as a Cardinal in 1426 by Pope Martin V. In 1427 he was Papal Legate for Germany, Hungary, and Bohemia and the Pope urged him to lead the fourth "crusade" against the Hussites heretics in Bohemia. Beaufort's forces were routed by the Hussites at the Battle of Tachov on 4 August 1427. In 1429 he preached a crusade against the Hussites in England and assembled troops but instead took them to the aid of the English in France.

When English forces captured Joan of Arc in 1431, Cardinal Beaufort presided at her trial before she was burned at the stake at Rouen on 30 May 1431. Cardinal Beaufort agreed to fund an English expedition to France in 1442 if his nephew, John, Duke of Somerset, were placed in charge. The expedition turned out to be a disaster and led to the loss of the majority of what remained of Henry V's conquests in France. Following his nephew Somerset's disgrace, Beaufort gradually retired from political life, and during his last years dealt solely with the affairs of his diocese, John Beaufort is suspected to have committed suicide shortly after.

His rival Humphrey Duke of Gloucester was arrested on a charge of treason on 20 February 1447. He died at Bury St Edmunds in Suffolk three days later, aged 56. At the time, some suspected that he had been poisoned and popular legend asserted his death had been caused by the orders of the Duke of Suffolk, though it is more probable that he died of a stroke. Henry, Cardinal Beaufort died shortly after on 11 April 1447 at Wolvesey Bishop's Palace in Winchester, aged around 72 and was buried at Winchester Cathedral where his effigy can be seen. On his deathbed, he was said to be delirious and according to legend, he offered Death the whole treasury of England in return for living a while longer.