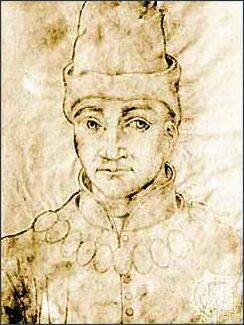 Prior to his brother Henry V's departure for France, Humphrey and his older brother, Thomas Duke of Clarence, led an Inquiry of Lords to try his cousin, Richard Earl of Cambridge. Cambridge, who plotted to place his brother-in-law, Edmund Mortimer on the throne in Henry's stead was later executed for treason. Humphrey fought in Henry V's French campaigns acquiring a reputation as a successful commander. During the Battle of Agincourt, Humphrey was reported to have been wounded and as he fell, Henry V stood over him, protecting him from a French assault.

On the death of King Henry V in 1422, Humphrey was appointed Lord Protector during the minority of his nephew King Henry VI. After the death of his brother, John, Duke of Bedford, which made him heir presumptive to the throne, he claimed the regency, a claim that was strongly contested by his half-uncle, the wealthy and powerful Cardinal Henry Beaufort. Humphrey's quarrel with Beaufort continued with temporary reconciliation for the duration of his lifetime. Henry V's will, rediscovered at Eton College in 1978, actually supported Humphrey's claims.

Jacqueline, Countess of Hainaut and Holland 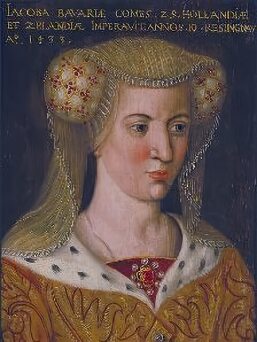 Humphrey was married his cousin to Jacqueline, Countess of Hainaut and Holland, daughter of William VI, Count of Hainaut. The couple married at Hadleigh in Essex, sometime before 7 March 1423. Jacqueline had divorced John IV, Duke of Brabant and fled to England in 1421. Through this marriage, Humphrey acquired the title of Count of Holland, Zeeland and Hainault, his right to bear these titles was contested by Jacqueline's cousin Philip, Duke of Burgundy. Humphrey travelled to Hainaut but had to return to England, leaving Jacqueline behind in Hainaut. Philip the Good, the new Duke of Burgundy, backed her ex-husband John IV, and in 1425 Jacqueline surrendered to him and was imprisoned in Ghent, her marriage to Humphrey was annulled in 1428 and Jacqueline died disinherited in 1436.

Philip, Duke of Burgundy attacked Calais in 1436. Humphrey, who was appointed garrison commander, marched a force to Bailleul, which came to the rescue of the English defenders of the town. Extremely popular with the Londoners and the Commons, who referred to him as 'Good Duke Humphrey' he also had a reputation as a patron of learning and the arts and was a benefactor to the University of Oxford. His popularity with the people and his ability to keep the peace earned him the appointment of Chief Justice of South Wales. However, his unpopular second marriage to his former mistress Eleanor Cobham provided ammunition for his rivals, the Beauforts who were determined to remove him from a position of power.

Eleanor reported to be 'beautiful, intelligent, and ambitious', was the daughter of Reginald Cobham, 3rd Baron Sterborough, 3rd Lord Cobham and Eleanor Culpeper and had been a lady-in-waiting to Jacqueline of Hainault. On Humphrey's return to England in 1425, she became his mistress. On the annulment of his marriage to Jacqueline, Humphrey married Eleanor. Humphrey had two known illegitimate children, Arthur (died 1447) and Antigone who married firstly Henry Grey, 2nd Earl of Tankerville, Lord of Powys (c. 1419-1450) and secondly John d'Amancier. It is uncertain if they were Eleanor's children born before the marriage or were the offspring of a previous mistress.

Humphrey and Eleanor based their court at La Pleasaunce in Greenwich. Eleanor consulted astrologers in an attempt to predict the future. These astrologers, Thomas Southwell and Roger Bolingbroke predicted that Henry VI would suffer a life-threatening illness in July or August 1441. When rumours of the prediction reached the King's guardians, they also consulted astrologers who could find no such future illness in their astrological predictions, providing a source of comfort to the king who had been troubled by the rumours. Southwell, Bolingbroke and John Home, Eleanor's confessor were interrogated and Southwell and Bolingbroke were arrested on charges of treasonable necromancy. When Bolingbroke named Eleanor as the instigator, she fled into sanctuary at Westminster Abbey but was removed from the Abbey and arrested and tried.

Eleanor was accused of practising witchcraft against the King in an attempt to retain power for her husband, she denied most of the charges but confessed to obtaining a potion from one Margery Jourdemayne, "the Witch of Eye". She explained that the potion was to help her conceive. Eleanor and her fellow conspirators were found guilty. Southwell died in the Tower of London, Bolingbroke was hanged, drawn and quartered, and Jourdemayne was burnt at the stake. In November 1441, Eleanor, dressed in a white robe, hatless and barefoot and carrying a lighted taper, was forced to walk through the streets of London to St Paul's Cathedral, and there beg forgiveness for her sins. She was further obliged to divorce her husband and was condemned to life imprisonment. In 1442, Eleanor was imprisoned at Chester Castle, in 1443 she was moved to Kenilworth Castle. In July 1446 she was moved again, this time to the Isle of Man, and finally in March 1449 to Beaumaris Castle in Anglesey, where she died on 7 July 1452.

Humphrey, in disgrace, retired from public life. He was arrested on a charge of treason on 20 February 1447. He died at Bury St Edmunds in Suffolk three days later, aged 56. At the time, some suspected that he had been poisoned and popular legend asserted his death had been caused by the orders of the Duke of Suffolk, though it is more probable that he died of a stroke. He was buried at St Albans Abbey, adjacent to St Alban's shrine.

The tomb of Humphrey, Duke of Gloucester was rediscovered in 1703 when a grave was being prepared for a former mayor of St Albans when workmen uncovered a flight of stone steps leading down to an underground vault where the Duke's leaden coffin was found. His body was reported to be in a remarkable state of preservation. The skeleton is now incomplete, after over a century of being open to tourists, several of the bones having been taken. The remaining bones reveal him to have been a tall, robust man, measuring around six feet.