Ruler of the Saxon kingdom of Wessex circa 611

An entry in the Anglo-Saxon Chronicle for the year 611 records:-

"This year Cynegils succeeded to the government in Wessex, and held it one and thirty winters. Cynegils was the son of Ceol, Ceol of Cutha, Cutha of Cynric." 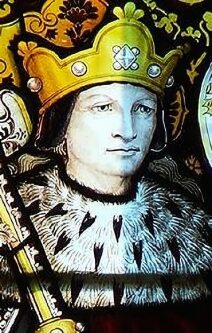 The Anglo-Saxon Chronicle, tells us that the kingdom of Wessex which ruled was situated on the upper River Thames and extended into northern Wiltshire and Somerset, southern Gloucestershire and Oxfordshire, and western Berkshire, with Dorchester-on-Thames as one the major royal sites. This region, probably connected to the early tribal grouping known as the Gewisse, lay on the frontier between the later Anglo-Saxon tribal kingdoms of Wessex and Mercia. At the time of Cynegils, the kingdoms of the Heptarchy had not yet formed from the smaller tribal kingdoms and his reign in Wessex was marked by invasions and counter invasions from neighbouring kingdoms.

Cynegils and his son Cwichelm, who ruled jointly with him, defeated a Brythonic Celtic Dumnonian army from the West, possibly by King Clemen at the Battle of Bindon in AD 614. An entry in the Anglo-Saxon Chronicle for 614 records:-

This year Cynegils and Cwichelm fought at Beandun, and slew two thousand and forty-six of the Welsh."

In the 620s, concerned about the rise of the Angle kingdom of Northumbria, Cynegils allied with King Penda of Mercia, which was cemented by the marriage of Cynegils' son, Cenwalh, to Penda's sister. 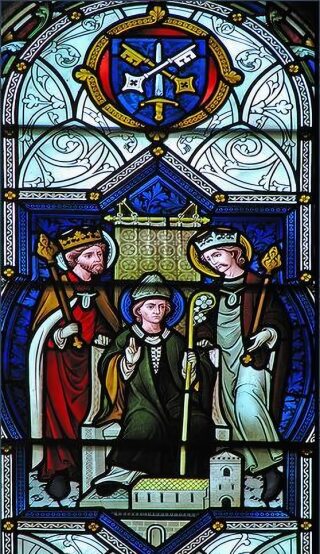 In 626, Cwichelm sent an assassin to murder King Edwin of Northumbria, the assassination attempt failed and resulted in Edwin marching south at the head of a large army. The armies of Wessex and Northumbria met at the Battles of Win & Lose Hill in the Peak District where the forces of Wessex were defeated. Two years later, the Mercians attacked the territories of Gloucester, Cirencester and Bath, which Ceawlin and Cuthwin had seized from the Celts as in around 577. The armies of Wessex suffered a further defeat at the Battle of Cirencester. Cynegils and Cwichelm seem to have been subject to Edwin of Northumbria by this time, paying an enormous tribute of a hundred thousand hides.

Cynegils agreed to meet the Italian missionary Bishop Birinus at his northern palace at Cholsey in Berkshire. Birinus preached to Cynegils court from a nearby hillock known as Churn Knob. Unconvinced and sceptical, Cynegils was not eager to convert to Christianity. The following year, a new ruler, King Oswald, had succeeded in Northumbria, who wanted to restore good relations with Wessex. Travelling south, he met Cynegils at Easthampstead, where he persuaded him to accept Christianity. Cynegils, Cwichelm and many members of the royal family of Wessex are said to have then been baptised in the River Thames, King Oswald of Northumbria himself stood as their godfather.

Oswald further persuaded Cynegils to grant Birinus the town of Dorchester-on-Thames in which to build a cathedral. To cement their new alliance, Cynegils' daughter, Cyneburg or Kyneburga, was married to Oswald. This mission appears to have made little long-term impact as Cynegils' son Cenwalh was not baptised until 646, according to the Chronicle, after having been driven from his kingdom by Penda. 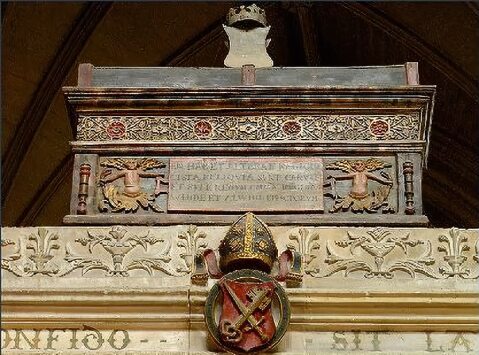 The date of Cynegils' death is not known with certainty. His son Cwichelm having predeceased him, he was succeeded by his younger son Cenwalh, whose wife was Penda of Mercia's daughter, Cenwalh's reign is dated from 643 by the Anglo-Saxon Chronicle.

The bones of Cynegils of Wessex are said to be contained in one of the mortuary chests at Winchester Cathedral. It is thought he was buried in Dorchester but along with other Anglo Saxon kings, but his remains were later translated to the old Saxon minster at Winchester. Following the Norman conquest, Winchester Cathedral was erected on the Saxon site of the Old Minster. The Royal remains of the Anglo-Saxon Kings were exhumed and placed in mortuary chests around St. Swithin's Shrine in the new building.

However in the seventeenth century, during the English Civil War, the bones, after being used by Cromwell's soldiers as missiles to shatter stained glass windows, were scattered and mixed in various chests along with those of some of the Saxon kings, including Egbert of Wessex, Saxon bishops and the Norman King William Rufus. The chests remain today, seated upon a decorative screen surrounding the presbytery of the Cathedral.

Scientists from Bristol University now plan to examine the skeletal remains of the Saxon kings. The chests have been placed in the Lady Chapel of the cathedral to allow examinations to be carried out without removing them from consecrated ground. A Heritage Lottery Fund grant has been applied to finance the project. Team leader Professor Mark Horton has stated 'The preliminary findings are very exciting.'