Although the Stuarts had lost the throne, the dynasty continued in the person of James II's son, James Francis Edward Stuart (1688-1766) and his sons, one of whom was Charles Edward Stuart popularly known as Bonnie Prince Charlie (1720-1788), who pressed their rights to the succession to the thrones of Britain. On a hereditary basis, their claim was far superior to that of their Hanoverian cousins, but they were debarred from the throne by the Act of Succession, which forbade Catholics from succeeding.

The supporters of the exiled James Francis Edward Stuart became known as Jacobites from the Latin term Jacobus for James. Several attempts were made by them to regain the throne, most notably those of the 1715 and 1745 rebellions. They remained popular particularly in Scotland, the traditional homeland of the Stuarts.

The Royal Stuart dynasty finally became extinct in the male line in 1807, on the death of the last legitimate grandson of James II, Henry Stuart, a Roman Catholic Cardinal, known as Cardinal York, at Frascati, Italy.

The modern-day heir to the Jacobite claim to the throne is Francis, Duke of Bavaria (b. 1931), who descends through Henrietta Anne, youngest daughter of Charles I. 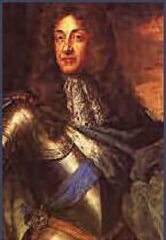 The birth of a son and heir, James Francis Edward, at St. James' Palace on 10th June 1688, to James II and his Italian wife, Mary Beatrice of Modena was the cause of frustration, not rejoicing, to the of the majority of his father's English Protestant subjects. The child replaced his Protestant half-sisters, Mary and Anne, in the succession and was sure to be raised as a Roman Catholic. 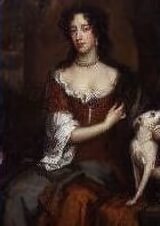 Rumours were spread that James was not the true son of his parents, but had been smuggled into the Queen's bed-chamber in a warming pan. Clearly fictitious, ( portraits of James proclaim his likeness to both his parents) this tale was nevertheless eagerly accepted by the Protestants.

The thoroughly disenchanted Protestants were now not prepared to tolerate their Catholic monarch or his policies any longer. James' nephew, William III of Orange, (1650-1702) who was married to Mary,(1662-1694), James II's elder daughter by a previous marriage, and was in contact with the disaffected Protestants, was accordingly invited to England to remedy the situation. James hastily dispatched his wife and infant son to France for safety and fled in their wake shortly after. Regarding his flight as abdication, his Protestant enemies invited William and Mary to ascend the vacant thrones of England and Scotland. William and Mary were crowned together as joint monarchs at Westminster Abbey on 11 April 1689 by the Bishop of London, Henry Compton

James Francis Edward grew to maturity in exile in France, at the opulent Baroque Chateau of St. Germaine-en-Laye, which had been given to his father by Louis XIV. While in exile he wrote a memorandum for his son advising him on how to govern England, specifying that Catholics should possess one Secretary of State, one Commissioner of the Treasury, the Secretary at War, with the majority of the officers in the army. In June 1692, Mary of Modena gave birth to another child whilst in exile, Louisa Maria Theresa, whom James II nick-named his "solace". James II died of a brain haemorrhage in September 1701, after which King Louis XIV of France officially recognised his son as James III of England and VIII of Scotland. 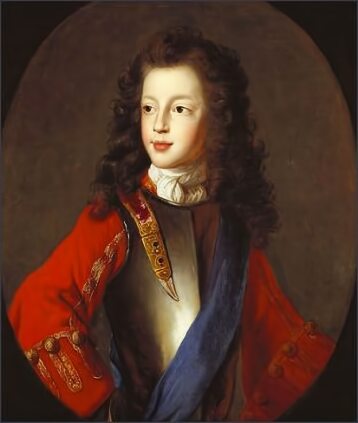 William III died shortly after his father-in-law and was succeeded by James Francis Edward's Protestant half-sister, Anne(1665 - 1714). On the death of James II, James grieving mother, Mary of Modena, wrote to Anne informing her that her husband had, a few days before he died, said that 'he forgave you all that is past from the bottom of his heart and prayed to God to do so too' but that in his eyes it should be his son, not Anne, who should be England's ruler. Mary went on to write 'he gave you his last blessing and prayed to God to convert your heart and confirm you in the resolution of repairing to his son the wrongs done to himself '. Though she was known to possess an uneasy conscience regarding her desertion of her father, Anne never replied to this letter.

Act of Settlement legislated that, if Anne died without direct heirs, the throne should pass to her German cousin, Sophia, Electress of Hanover, and to her Protestant heirs. The Electress Sophia was the youngest daughter of Elizabeth Stuart and Frederick V, Elector Palatine. Elizabeth Stuart was the eldest daughter of King James I and VI and the sister of King Charles I.

The Act of Union of 1707, which joined Scotland and England under one Parliament at Westminster, was the cause of much bitterness and ill-feeling in Scotland which Louis XIV of France saw as a means to forward France's aims and a French invasion fleet, in support of the Jacobite cause, was built up at Dunkirk.

James Francis Edward had now grown to manhood in France. At twenty years old he was a tall, handsome and dark young man, with aquiline features. He was reserved and uncommunicative by nature, which did little to enhance his popularity and had been brought up very religiously. 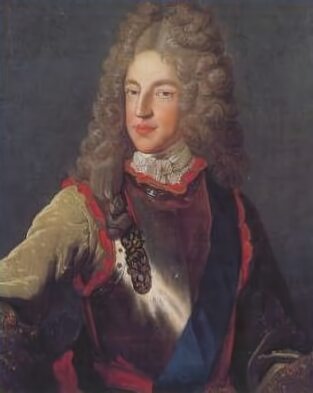 Dogged by the typical Stuart ill luck, as James French fleet was preparing to sail, he broke out with measles. The affair turned out to be a fiasco and James was forced to reluctantly return to France. 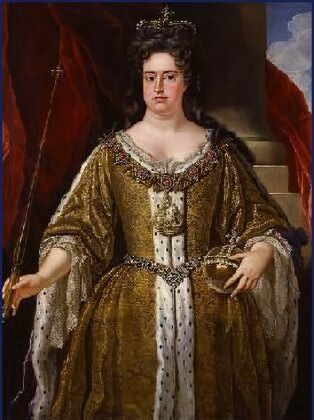 Following the death of her only surviving son, Prince William, Duke of Gloucester (1689 - 1700), Queen Anne had decided in favour of the Protestant succession of the House of Hanover. Anne was severely ill during Christmas of 1713 and appeared close to death. Although the Queen recovered in January 1714 it was clear to all that she would not live much longer. Through de Torcy, French Minister of Foreign Affairs and his London agent, Abbé François Gaultier, Robert Harley, Earl of Oxford and Anne's chief minister, kept up a correspondence with James. James also entered into correspondence with the Secretary of State, Lord Bolingbroke. Both stated that his conversion to Protestantism would facilitate his restoration. However, James, a devout Catholic, replied to Torcy, "I have chosen my own course, therefore it is for others to change their sentiments". On James' refusal to change his religion, both Harley and Bolingbroke came to view his being crowned king as infeasible, though they maintained their correspondence with him.

On the death of Queen Anne in 1714, her second cousin, the German George I was duly accepted as King of England and Scotland. James had entered into correspondence with John, Earl of Mar, known as "Bobbing John" for the number of times he had changed his allegiance from one side to the other. Mar gathered the Scottish clans in rebellion.

The Jacobite standard was hoisted on 6th September 1715 and Mar managed to occupy Perth by the end of the month. He met the government forces at the indecisive battle of Sherrifmuir on 13th November, which both sides strongly claimed to have won. On 22nd December, James at last set foot in Scotland. After a few skirmishes with the enemy, his Highland army dispersed and James returned to the safety of France.

The dutiful James went to see his mother at St. Germain. Louis XIV had died the previous year, depriving him of his most staunch supporter. The tables had turned and the French were negotiating with the English government. The Pretender was abruptly ordered to leave France, along with his attendant court of Jacobites.

Pope Clement XI offered James asylum in Rome. To take up residence in Rome would not endear him, he was fully aware, to even the more moderate English Protestants and placed him further from England, but since his options were severely limited, James took up the offer. His mother, to whom he had remained very close, died at St. Germain two years later. 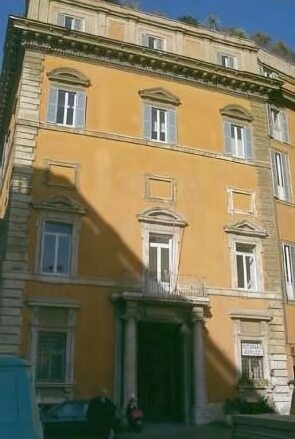 The need for James to marry and produce an heir to the Jacobite cause was pressing. He finally decided to marry Maria Clementina Sobieski (1702-1735), a Polish Princess, the daughter of James Louis Sobieski (eldest son of John III) and Hedwig Elizabeth of Neuberg. 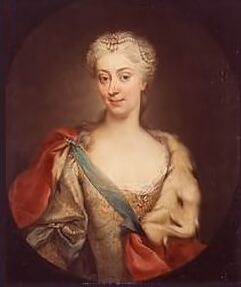 The British government did its best to obstruct this union, King George I feared that the marriage might produce heirs to challenge claim to the thrones of England and Scotland. Accordingly, the Holy Roman Emperor Charles VI arrested Maria Clementina while on her way to Italy to marry James. She was imprisoned in Innsbruck Castle but eventually the guards were fooled and with the aid of the Jacobite Charles Wogan, Maria Clementina made her escape to Bologna, Italy, where she was married by proxy to James who was in Spain at the time.

The couple were later married in person at the Cathedral of Montefiascone, in Viterbo, Italy, in September 1719. The couple took up residence at the Palazzo Muti, in Rome, a residence which was provided by the generosity of the Pope.

A fleet sent to Britain in 1719 was hit by a great storm which damaged the ships and forced their return. A diversionary expedition did reach the Hebridean Isle of Lewis where they were joined by a force lead by the ardent Jacobite Marquis of Tullibardine and the Earl of Seaforth. They occupied a pass near Glenshiel, where they were met by government forces on 10th June. An indecisive battle took place which was not followed up.

James' marriage to Clementina Sobieski was to produce two sons, Charles Edward Stuart, better known to history as Bonnie Prince Charlie, who was born in 1720 and Henry Benedict Stuart, later to be known as Cardinal York, born in March 1725.

Maria Clementina was prone to melancholy and the marriage was not untroubled, by now living separately from her husband at the convent of St. Cecilia in Rome, her zeal for the Catholic religion sometimes bordered on mania and she indulged in long periods of fasting. This extreme behaviour has adverse effects on her health. She died prematurely in 1735 at the Apostolic Palace, Rome. James, or 'the Old Pretender' as he came to be known, lived on in Rome until his death on 1st January 1766, at the age of 77. He was buried at St.Peter's Basilica within the Vatican.