Prince Henry Stuart was born on 8 July 1640 at Oatlands Palace in Surrey, he was the youngest son of King Charles I and Henrietta Maria of France, the daughter of Henry IV of France and Marie de Medici. 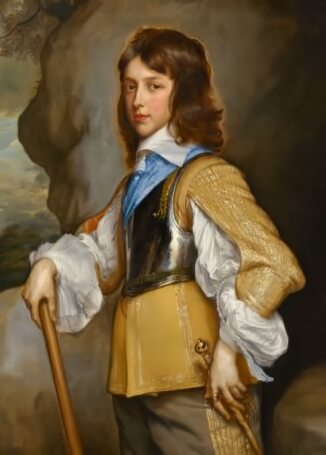 Henry was born as political and religious tensions throughout Britain posed a growing threat to the authority of his father, King Charles I. The English Civil War, which broke out in 1642, led to the defeat of his father the King by Parliament.

The young Henry was captured and brought to London where he was lodged in the royal apartments in the Norman White Tower in the Tower of London, his captivity was largely shared by his elder sister Princess Elizabeth. During discussion amongst the Parliamentary leaders Oliver Cromwell and Henry Ireton about what kind of regime should be established on the deposition of King Charles I, it was briefly suggested that the eight-year-old prince might be placed on the throne, to govern as the limited, constitutional monarch that Parliament wished for. It was perceived that unlike his elder brothers Charles and James, he was sufficiently young to have not yet been affected by the Catholic and absolutist views of his mother and father, and might be brought up by tutors who shared the Parliamentary perspective. However, this option quickly faded away, as the Rump Parliament opted instead for the establishment of a Republican Commonwealth under Lord Protector Cromwell.

Henry was moved to more comfortable surroundings and allowed to live with relative freedom under the eyes of his Parliamentary guardians. Guardianship of Henry and his sister was assigned to different nobles, among them Philip Herbert, 4th Earl of Pembroke. After guardianship of Charles' younger children was given to the Earl of Northumberland in 1642, their brother, James, Duke of York, (the future James II), came to visit them but was supposedly advised to escape by Elizabeth, who was concerned about him being around the king's enemies for any length of time. In 1647, the Duke of York, the Duke of Gloucester and their sister Elizabeth were permitted to travel to Maidenhead to meet the King and spent two days with him. After Charles I was forcibly moved to Hampton Court Palace, he visited his children under the care of the Northumberland at Syon House. This quickly came to an end when the king fled to Carisbrooke Castle on the Isle of Wight; ten-year-old Elizabeth supposedly helped the Duke of York escape once again, this time dressed as a woman.

Charles I was sentenced to death by Parliament, Henry and his sister Elizabeth were allowed an emotional visit to their father on the eve of his execution in January 1649. Charles gave a bible to his daughter at the meeting. The thirteen-year-old Elizabeth later wrote an account of this last meeting which was discovered among her possessions when she died in September 1650 on the Isle of Wight:-

"He bid us tell my mother that his thoughts had never strayed from her and that his love would be the same to the last. Withal, he commanded me and my brother to be obedient to her; and bid me send his blessing to the rest of my brothers and sisters, with communications to all his friends. Then, taking my brother Gloucester on his knee, he said, 'Sweetheart, now they will cut off thy father's head.' And Gloucester looking very intently upon him, he said again, "Heed, my child, what I say: they will cut off my head and perhaps make thee a king. But mark what I say. Thou must not be a king as long as thy brothers Charles and James do live; for they will cut off your brothers' heads when they can catch them and cut off thy head too at the last, and therefore I charge you, do not be made a king by them.' At which my brother sighed deeply, and made answer: 'I will be torn in pieces first!' And these words, coming so unexpectedly from so young a child, rejoiced my father exceedingly. And his majesty spoke to him of the welfare of his soul, and to keep his religion, commanding him to fear God, and He would provide for him. Further, he commanded us all to forgive those people, but never to trust them; for they had been most false to him and those that gave them power, and he feared also to their own souls. And he desired me not to grieve for him, for he should die a martyr, and that he doubted not the Lord would settle his throne upon his son, and that we all should be happier than we could have expected to have been if he had lived; with many other things which at present I cannot remember. 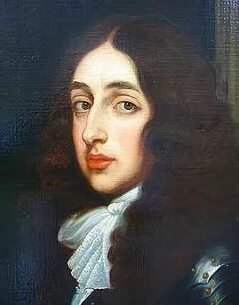 After the execution of Charles I, Lord Lisle, the Earl of Northumberland's son, put a case to parliament for the removal of Henry and his sister from the Northumberlands' care. Parliament, however, refused to allow them to join their elder sister Mary in Holland, and instead placed them in the care of Sir Edward Harrington; however, Harrington's son successfully pleaded that they are looked after elsewhere. They were moved to Penshurst Place, under the care of Robert Sidney, 2nd Earl of Leicester and his wife Dorothy. Parliamentary instruction was that the children should not be indulged, they were stripped of their titles and no one was allowed to kiss their hands or treat them as royal.

Three years later, Cromwell agreed to release Henry, who then joined his mother and brothers in exile in Paris. Henry, a staunch Protestant, quarrelled bitterly with his Roman Catholic mother, who wished to convert him. Their dislike for one another mounted to such a height that Henrietta virtually expelled him from Paris, after which he went to join the Spanish armies at Dunkirk, where he fought alongside his brother James, Duke of York.

Henry distinguished himself in battle, and gradually gained a reputation as one of Europe's foremost Protestant soldiers. It was during the campaign that he met the renegade French military commander the Prince of Condé, who was leading the Spanish forces. Their common dislike for the Roman Catholic Church (Condé was an agnostic and one of the leading defenders of the Huguenots), led to a strong bond being formed between them. Shortly before his death, it was suggested that Henry might marry Condé's niece. After peace was concluded between France and Spain, Henry resided at one of Condé's estates.

The death of Oliver Cromwell led to the gradual collapse of the Commonwealth after which Charles II was restored to the throne in 1660. Henry accompanied his brother back to England and participated in Charles' triumphant progress through London in May 1660, he took up residence in Whitehall. Charles II created his youngest brother Duke of Gloucester and Earl of Cambridge. Henry contracted smallpox, which at the time was raging through London and died suddenly not long afterwards. He was buried in the south side of the Henry VII Chapel, Westminster Abbey, on 21 September 1660.