Margaret of France was born circa 1279, the daughter of Philip III of France and Maria of Brabant. Margaret's father died when she was but three years old and she was brought up by her mother and Joan I of Navarre, the wife of her half-brother King Philip IV. 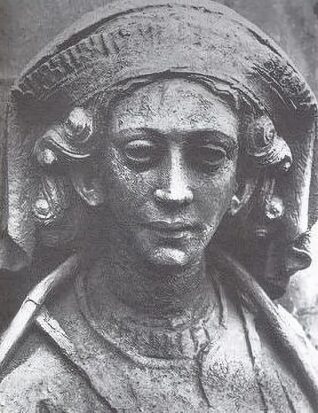 The death of King Edward I much loved first wife, Eleanor of Castile, in 1290, left him grief-stricken. However, to make peace with France would benefit Edward and free him to pursue his wars with Scotland. With only one surviving son, Edward of Caernarvon, Prince of Wales, he was also concerned to safeguard the succession to the English throne.

In the summer of 1291, the king betrothed his son, Edward, to Blanche of France to achieve a peace treaty with France. He later changed his mind decided to marry her himself and sent emissaries to the court of France. King Philip agreed to the marriage on condition that Edward surrendered Gascony to France. Edward sent his younger brother Edmund Crouchback, Earl of Lancaster, to collect his bride from the French court. He discovered that Blanche was to be married to Rudolph III of Habsburg, the eldest son of King Albert I of Germany. Instead, Philip offered her younger sister Margaret, then around 11 years old, to Edward. Edward, enraged, declared war on France and refused to marry Margaret. After five years, a truce was finally agreed upon whereby Edward would marry Margaret and his son would marry Isabella of France, Philip's youngest child. Additionally, Edward was to regain Guienne and receive £15,000 owed to Margaret as well as the return of Eleanor of Castile's lands in Ponthieu and Montreuil.

Edward was then aged 60 years, at least 40 years older than his intended bride. Their wedding took place at Canterbury on 8 September 1299. As her wedding gift, Edward presented her with jewels that had once belonged to her great-grandmother Blanche of Castile, queen of Louis VIII, a gold crown, a gold coronet and a gold belt, adorned with precious stones. He also granted her all of the lands which were once held by Eleanor of Castile. Edward and Margaret were first cousins once removed and shared common ancestors in Raymond Berenger, Count of Provence and his wife Beatrice of Savoy. Margaret's paternal grandmother, Margaret of Provence, Queen of France, was the sister of Edward's mother Eleanor of Provence. 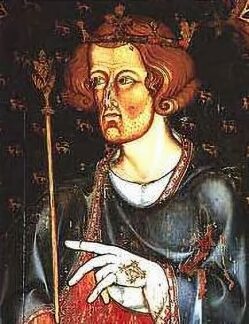 The king returned to Scotland to continue his campaigns, Margaret, who became pregnant soon after the wedding, was left in London but decided to join her husband in Scotland. Less than a year after their marriage, Margaret gave birth to a son, Thomas of Brotherton, Earl of Norfolk, who was named in honour of St. Thomas Becket, whom she had prayed to during her difficult labour. Edward was said to be delighted with his son and ordered two beautiful cradles for the baby and paid for an English woman to nurse him. A further son, Edmund of Woodstock, Earl of Kent was born the following year. His daughter, Joan, known as the 'Fair Maid of Kent' was later to marry Edward III's eldest son Edward the Black Prince.

Despite the discrepancy in their ages, the marriage appears to have been a happy one, Edward referred to Margaret as "a pearl of great price". In 1305, Margaret gave birth to a girl, Eleanor, named for Edward's first queen, who died young in 1310. Margaret and her stepson, Edward of Caernarvon, the future Edward II, also grew fond of each other. They were close in age, he was but two years younger than her. He once gave her a gift of an expensive ruby and gold ring, In 1305, the young queen acted as a mediator between her step-son and husband, reconciling Edward to his ageing father, and calming her irascible husband's wrath. The younger Edward wrote to her on 1 September 1305 expressing his gratitude- "We thank you as dearly as we may for the distress which you have endured for us, and for the goodwill with which you have carried out the business touching us". Many of Edward's letters survive, of which eight of them were to Margaret. In them addresses her as "my very dear lady and mother".

Making his way north to deal with the Scots yet again, the great Edward I died at Burgh on Sands, Cumberland at the age of sixty-eight on 7 July 1307. Margaret never remarried, despite being only 26 when widowed. She is said to have stated, "when Edward died, all men died for me". Margaret attended the wedding of Edward II to her niece, Isabella of France in Boulogne on 25 January 1308, where her mother and half-brother the king of France were also present. She retired to Marlborough Castle, her dower house, but she stayed in touch with the Queen and her half-brother Philip, she is known to have assisted at the birth of Prince Edward, the future Edward III, in November 1312.

Edward II granted several of her dowager lands to his favourite, Piers Gaveston, including Berkhamsted Castle. In May 1308, an anonymous informer reported that Margaret had provided £40,000 along with her brother, Philip IV, to support the English barons against Gaveston, resulting in Gaveston being briefly exiled.

Margaret died at Marlborough Castle in Wiltshire on February 14, 1318. Dressed in the habit of a Franciscan nun, she was buried at Christ Church Greyfriars in London. Her tomb was destroyed during the Reformation

The Ancestry of Margaret of France

Eleanor of Castile PreviousNext Thomas of BrothertonEarl of Norfolk