Blanche of Lancaster, the younger daughter of Henry of Grosmont, 1st Duke of Lancaster, and his wife Isabel de Beaumont, was born at Bolingbroke Castle in Lincolnshire, her date of birth is not known with certainty but is thought to have been 25 March 1345. Blanche was named after her paternal great-grandmother, Blanche of Artois, who was a queen consort of Navarre. Her father Henry of Grosmont, the second cousin of King Edward III, was noted for his military prowess and for his charity and piety. 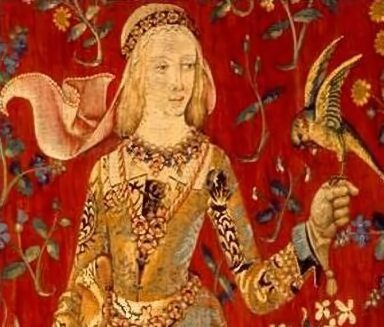 Blanche's paternal grandparents were Henry, 3rd Earl of Lancaster, and Maud de Chaworth. Her maternal grandparents were Henry de Beaumont, 1st Earl of Buchan and Alice Comyn. She had one older sister Maud, who had been married Ralph de Stafford when very young but was widowed at the age of eight and later married William I, Duke of Bavaria, Maud did not have any children.

After a childhood betrothal to John de Segrave came to nothing, Blanche was married at the age of fourteen to John of Gaunt, on 19 May 1359, at Reading Abbey in Berkshire. John was the third surviving son of King Edward III of England and his wife, Philippa of Hainault and was nineteen at the time. Blanche and John were third cousins, both were great great grandchildren of King Henry III.

Jean Froissart mentions that the fair-haired Duchess Blanche was "jone et jolie" ("young and pretty"). The English poet Geoffrey Chaucer described "White" who was the central figure in his allegorical poem 'the Book of the Duchess', as "rody, fresh, and lyvely hewed". The poem was commissioned by John of Gaunt following Blanche's death, it relates the story of the poet's dream. Walking in a wood, he encounters a knight dressed all in black, and inquires of the cause of his sorrow. The knight, meant to represent John of Gaunt, is mourning a terrible tragedy, which mirrors Gaunt's own extended mourning for Blanche. In the Book of the Duchess Blanche is further described as her neck as "whyt, smothe, streght, and flat", she was "bothe fair and bright", and Nature's "cheef patron of beautee. 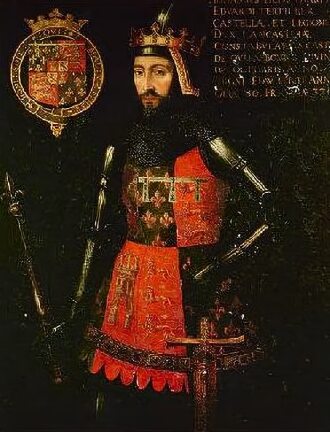 The marriage of John and Blanche is generally believed to have been a happy one and produced seven children, their first child Phillipa was born when Blanche was but fifteen, three of the couple's children survived infancy:-

(1) Philippa of Lancaster (31 March 1360 - 19 July 1415) married John I of Portugal and became the ancestress of Queen Isabella I of Castile and her daughter Katherine of Aragon, who became the first wife of King Henry VIII. 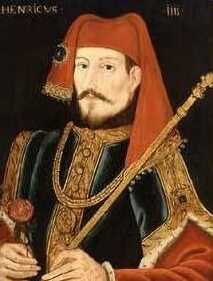 Katherine Swynford, who after the death of Blanche became Gaunt's mistress and later third wife, was appointed governess of Blanche's daughters, Philippa and Elizabeth of Lancaster. Blanche, had Katherine's daughter Blanche (who had been named after her) lodged within her own daughters' chambers and afforded the same luxuries as them.

On the death from the bubonic plague of Blanche's father Henry of Grosmont in 1361, the title Duke of Lancaster became extinct. When Blanche's older sister, Maud died in 1362, John of Gaunt inherited the titles Earl of Lancaster, Derby, Lincoln and Leicester which had once belonged to her father, the Lancastrian inheritance made him the wealthiest, most powerful citizen in England. He was later created Duke of Lancaster on 13 November 1362, by his father King Edward.

Blanche of Lancaster died at Tutbury Castle, in Staffordshire, on 12 September 1368 while her husband was campaigning in Picardy. She was just 23 years old at the time of her death. It is thought that Blanche may have been a victim of the Black Death or bubonic plague which was raging in Europe at that time.

She was buried at the old St. Paul's Cathedral in London. John of Gaunt provided her with a huge and lavish alabaster tomb and held annual commemorations of her death for the rest of his life. Although he survived a further twenty-five years and married twice more, after his death on 3 February 1399 he specified in his will that he was to be buried beside his first wife Blanche. The tomb of John and Blanche was destroyed when the old St.Paul's Cathedral was burnt down during the Great Fire of London in 1666. Blanche's only surviving son, Henry of Bolingbroke, was crowned King Henry IV of England, the first monarch of the Lancastrian dynasty, after usurping the throne of his cousin Richard II in 1399.

The Ancestry of Blanche of Lancaster