Henry of Lancaster was born circa 1300 at Grosmont Castle in Monmouthshire, he was the only son of Henry, 3rd Earl of Lancaster, and Maud Chaworth, daughter and heiress of Patrick de Chaworth, Lord of Kidwelly and Isabella Beauchamp.

Henry was the grandson of Henry III's son Edmund Crouchback, a younger brother of Edward I. His paternal grandmother, Blanche D'Artois, was the granddaughter of King Louis VIII of France. Henry's uncle, Thomas of Lancaster, acquired a rich inheritance from his father and an advantageous marriage to Alice de Lacy, 4th Countess of Lincoln, made him the wealthiest peer in England, but disagreements with his cousin King Edward II culminated in his execution in 1322. 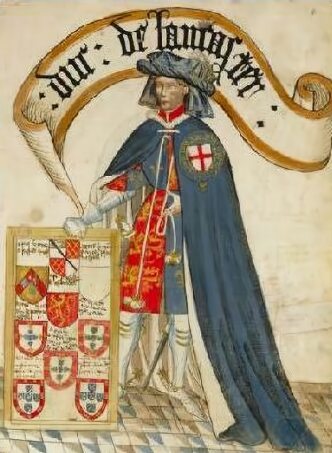 Since Thomas died childless, his titles and estates were inherited by his younger brother Henry 3rd Earl of Lancaster who assented to the deposition of his cousin Edward II in 1327. After Edward's murder at Berkeley Castle, he regretted doing so and fell from his niece Queen Isabella's favour. Relations with the crown and the House of Lancaster improved when Edward III siezed control of the government from Isabella and her lover Roger Mortimer in 1330, but by this time the Earl was in failing health and was beginning to loose his sight.

In 1330 Henry of Lancaster was married to Isabella, daughter of Henry, Lord Beaumont. He accompanied Edward III on his Scottish campaign of 1333, and following further service in the north, was appointed the King's lieutenant in Scotland in 1336.

The year 1337 saw the outbreak of the Hundred Years' War with France, during which Henry was present in 1340, at the great English victory in the naval Battle of Sluys, directed by the King. Later the same year, he was retained as a hostage in the Low Countries for his cousin the king's large debts. He remained hostage until the following year and was obliged to pay a large sum in ransom for his release. In October 1341, he was appointed the King's Lieutenant in the North of England and in Scotland and spent the Christmas period at Roxburgh, an enthusiastic jouster, he led a joust in Scotland where the participants agreed not to wear protective clothing, two English knights were killed and Henry severely wounded Sir William Douglas, Lord of Liddesdale.

Henry travelled to Spain in 1343 with William Montacute, earl of Salisbury, to negotiate a marriage alliance with one of Edward's daughters to the son of Alfonso XI of Castile, where he was warmly received. In 1345 the king planned a three-pronged attack on France, in which the Earl of Northampton attacked from Brittany, the king from Flanders, while Grosmont was dispatched to Aquitaine. Moving swiftly through France, he confronted the Comte d'Isle at Auberoche on 21 October and there achieved a stunning victory. He received around 50,000 pounds in ransoms from captured knights and noblemen, a staggering sum for the day. The following year, while Edward III was occupied in the Crécy campaign, Henry captured Poitiers, after which he returned home to England in 1347. The vast fortune he had acquired in France enabled him to rebuild the Savoy Palace in London, which was to become one of the most luxurious residences in England. 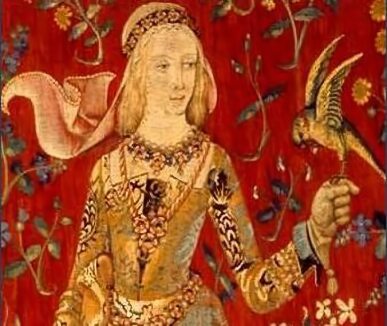 While Henry was in France, his father died at the age of 64 at Leicester in 1345 and he duly inherited his vast estates. Edward III also granted him the French lordship of Bergerac with the unprecedented right to mint coins in his name. After he took part in the Siege of Calais, the king appointed his cousin as a founding knight of the Order of the Garter in 1348. Just a few years later, in 1351, Edward created him Duke of Lancaster. The new Duke spent the decade of the 1350s in France. In 1350 he fought at the naval battle at Winchelsea, where he was credited with saving the lives of two of Edward III's sons, Edward, the Black Prince and John of Gaunt, when the ship they were in was rammed. In 1351-2 Lancaster went on crusade in Prussia, where a heated quarrel with Otto, Duke of Brunswick, led to a duel between the two men. On entering the lists, the Duke of Brunswick's face was reported to have been pallid and he trembled so violently that he could not lift his sword, on which he apologised to the Duke of Lancaster and submitted himself to the arbitration of John, King of France.

Henry's marriage to Isabel of Beaumont produced only two daughters, Maud born 4 April 1339 and Blanche, born on 25 March 1345. Maud was married to William I, Duke of Bavaria, but died, without children, soon after her marriage, her portion of the inheritance passed to her sister Blanche, who married Edward III's third son John of Gaunt, whereby Gaunt inherited Lancaster's estates and titles.

In the latter half of the 1350s, campaigning in France resumed, Lancaster participated in the last great offensive of the first phase of the Hundred Years' War, the Rheims campaign of 1359-60. He was then appointed principal negotiator for the Treaty of Brétigny, where the English achieved very favourable terms.

Henry recorded in his memoirs, written in 1354, that he much preferred martial arts to academic subjects, and only learnt to read in later life. We know more about Henry's character than of most of his contemporaries through his memoirs, the Livre de seyntz medicines (The Book of the Holy Doctors). He wrote that he liked the sound of barking hounds and the song of the nightingale, and the scent of roses, violets, musk and lily of the valley. The book, in which he confesses he is often reluctant to get up in the morning instead of being 'eager to rise and serve God', is a highly personal treatise on matters of religion and piety, but it also contains details of historical interest. Among other things, it reveals that Henry, at the age of around 44 was suffered from gout.

Henry returned to England in November 1360, he contracted bubonic plague early the following year, the Duke made his last will at Leicester Castle on 15 March 1361 and died of the plague on 24 March 1361. He was buried, as he requested, on the north side of the high altar at the Collegiate Church in Newark (Notts). His wife Isabel also died of plague. In April 1361 Edward, the Black Prince journeyed to Leicester to place two cloths of gold on Henry's bier.

When Henry's grandson Henry of Bolingbroke usurped his cousin Richard II's crown in 1399 and became King Henry IV, the vast Lancaster inheritance, including the Lordship of Bowland, was merged with the crown as the Duchy of Lancaster.