On the death of the ineffectual Ethelred II the Redeless, the banner of Anglo-Saxon resistance against the invading Danes was taken up by Edmund Ironside, the eldest son of Ethelred II and Ethelflead, daughter of Thored, Ealdorman of Northumbria. 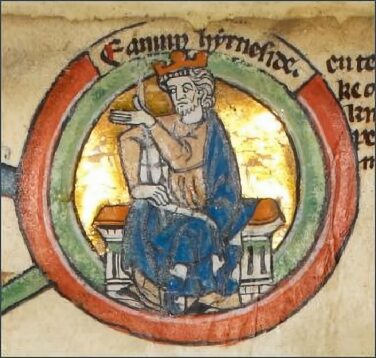 Edmund had three brothers, Athelstan, the eldest of Ethelred's sons who died in 1014 leaving Edmund as his father's heir, and Edred and Egbert, as well as his half-brothers Edward and Alfred from his father's second marriage to Emma of Normandy. Now the head of the House of Wessex, Edmund was an altogether different character from his weak and indecisive father.

Edmund had entered into a power struggle with his father Ethelred toward the end of the latter's reign. Ethelred II had executed two of his son's followers, Sigeferth and Morcar. Defying his father's wishes, Edmund then married Sigeferth's widow, Edith, abducting her from a nunnery. He acquired the nick-name Ironside on account of his legendary great strength.

On his father's death in 1016, the Witan elected Sweyn as King, but the Londoners proclaimed for Edmund and he was crowned King of England at St. Paul's Cathedral on 14th April 1016.

Edmund put up a heroic and valiant stand against the Viking invaders. Soliciting aid from the Londoners, he raised the siege of the city. He met Canute in battle at Assingdune, but due to the treachery of Edric Streona, Elderman of Mercia, the Danes were victorious. The two armies faced each other again, in Gloucestershire, when Edmund invited Canute to fight him in single combat, in an attempt to limit the loss of life to decide the issue. The Danish King, arguing that Edmund's great size and strength made it an unfair competition, declined and suggested instead that they should partition the kingdom. Edmund retained Wessex, Essex, East Anglia and London. This agreement would remain in force until the death of one of the participants in the treaty, at which time all lands would revert to the survivor.

Only a month later Edmund Ironside died in suspicious circumstances. According to one account, he was fatally wounded by an assassin in the employ of Edric Streona. Edmund was buried at Glastonbury Abbey and was succeeded by Canute. His burial site is now lost. During the Dissolution of the Monasteries under Henry VIII, all remains of a monument or crypt at Glastonbury were destroyed.

The descendants of Edmund Ironside

Edred, the brother of Edmund Ironside, who was popular among the English people, was outlawed by Canute, he was later killed on the advice of Edric Streona.

Edmund left two young sons, Edward and Edmund, whom Canute consigned to the safekeeping of his half-brother and ally, Olof King of Sweden. They were secretly sent to Kyiv, where Olof's daughter Ingegerd was the Queen. They were then sent to Hungary, probably in the retinue of Ingigerd's son-in-law, King András. The two children were placed under the care of the King of Hungary. The younger son, Edmund, died without issue. The elder brother, Edward, referred to as the Atheling ( Anglo-Saxon, meaning Prince or of noble birth), married Agatha, according to some sources, possibly a niece of Henry III, Emperor of Germany, by whom he had three children. A son, Edgar Atheling and two daughters, Margaret and Christina.

The descendants of Edmund Ironside 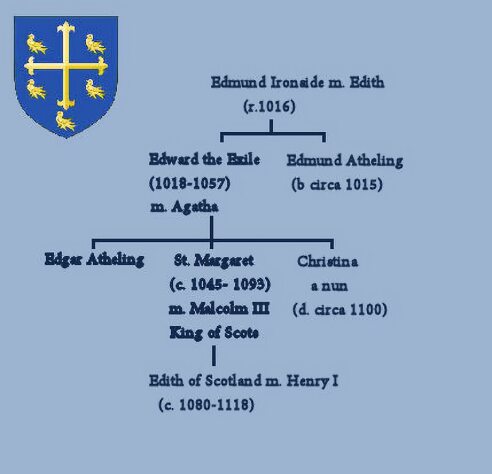 Edward and his children were invited back to England in the reign of Edward the Confessor. Edward died shortly after and the Confessor took his nephew's grieving widow and children into his care and protection. After the Norman Conquest, the claims of the royal Saxon House devolved upon Edgar Atheling, following Harold's death at Hastings, the Witanagemot assembled in London and elected Edgar king, he was then aged about 13 or 14 and too young to be an effective military leader, he submitted to the formidable William the Conqueror. 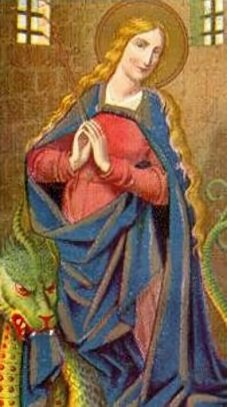 In 1068, Edgar joined in rebellion with the northern Earls Edwin and Morcar against William's rule and shortly after fled to Scotland. Malcolm Canmore, King of Scots, married Edgar's eldest sister Margaret and agreed to give him his support in his bid to reclaim the throne of England.

Edgar allied himself with Sweyn Estridson, King of Denmark, the nephew of King Canute and invaded England in 1069, where he captured York. William advanced north to meet them and paid Edgar's Danish allies to leave, whilst Edgar himself fled back to the refuge of Scotland. There he remained in exile until 1072 when the terms of a peace treaty between England and Scotland included the exile of Edgar, who eventually made peace with William in 1074.

In the reign of the Conqueror's son, William Rufus, Edgar supported his elder brother Robert Curthose, Duke of Normandy in a failed rebellion and was again forced to flee to Scotland. He also threw his support behind his nephew, Edgar, in gaining the Scottish crown, overthrowing his paternal uncle King Donald III of Scotland in 1097.

Edgar Atheling travelled to Constantinople in around 1098 and from there joined the First Crusade, where he participated in the siege of Antioch. Edgar again took the side of Robert Curthose, the Conqueror's eldest son, in the internal struggles of the Norman dynasty, he fought in the Battle of Tinchebrai, in support of Robert, Duke of Normandy against his brother, King Henry I of England, where he was taken, prisoner. Later pardoned by Henry I, who was married to his niece, Edith, he retired to his estates in Hertfordshire. Edgar, the last of the House of Wessex, left no issue. He died in his seventies shortly after 1125.

Edward the Exile's younger daughter, Christina, became Abbess of Romsey, while his eldest daughter, St. Margaret, married Malcolm Canmore, King of Scots, in around 1070. Malcolm was said to have been besotted by her. Margaret died at Edinburgh Castle on 16 November 1093 and was canonized in 1250 by Pope Innocent IV. As a result of this marriage, all succeeding kings of England and Scotland could claim descent from the House of Wessex.

Edith of Scotland, the daughter of Malcolm and Margaret, became the wife of Henry I of England, changing her name to Matilda on marriage. The marriage produced two children, a son, known as William the Atheling, who was drowned while sailing from Normandy to England in the tragedy of the White Ship 25th November 1120, and a daughter Matilda, who was married to Henry V, Holy Roman Emperor, and who contested her cousin Stephen for the throne of England for nineteen years. Matilda married as her second husband, Geoffrey Plantagenet, Count of Anjou and became the mother of the first Plantagenet King, Henry II.