Anne Hyde was the eldest daughter Edward Hyde, a lawyer and M.P. and Frances Aylesbury, daughter of Sir Thomas Aylesbury, was born at Cranbourne Lodge in Windsor Great Park. In 1649, the family fled to the Netherlands following the execution of King Charles I by Parliament. The family settled in Breda, where they were offered a home by Mary, Princess Royal and Princess of Orange.

When Anne was fifteen the Princess of Orange appointed her as her maid of honour, Anne became popular at the Dutch court of The Hague, she was pretty and stylish, and attracted many men. Spencer Compton, a son of the Earl of Northampton was interested in her, however, Anne quickly fell in love with Henry Jermyn, who reciprocated her feelings. In 1656 she accompanied Mary to her exiled brother Charles II's court in Paris, where she met James, Duke of York, ( the future James II), the second son of the deposed king. 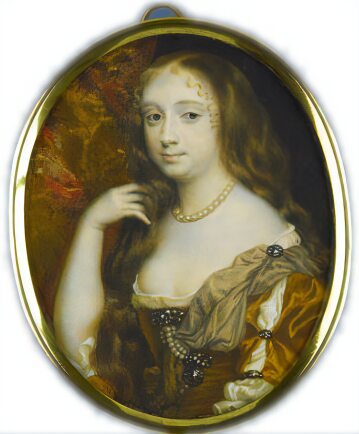 The couple began an affair and when Anne became pregnant, James made a promise that he would marry her, but later procrastinated. His elder brother Charles, however, forced him to honour his promise, he believed Anne's strong character would be a positive influence on his brother. James mother, the ex-queen Henrietta Maria of France, however, who despised Hyde and his influence over her eldest son, vehemently opposed it, believing her son was marrying beneath him. Mary, Princess of Orange, also found it offensive when her former lady-in-waiting married her brother. 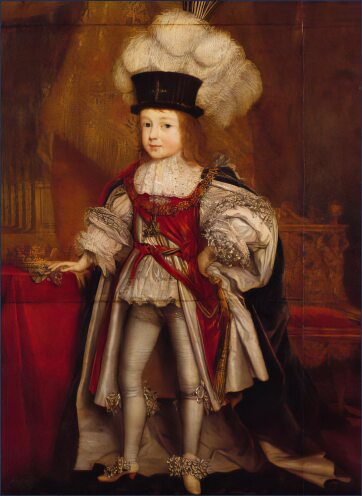 An official but private marriage ceremony was celebrated in London on 3 September 1660, following the restoration of the monarchy under Charles II, which made the commoner Anne Duchess of York. The wedding took place between 11 at night and 2 in the morning at Worcester House, her father's house in the Strand and was solemnised by Dr Joseph Crowther, James' chaplain. Anne's father, who had not been informed of the marriage beforehand, was distressed by the news. He harboured fears for his own popularity and told his daughter should be immediately sent to the Tower.

The French Ambassador described Anne as having "courage, cleverness, and energy almost worthy of a King's blood". Some disapproved of the prince's decision, regardless of what he had promised beforehand. The famous diarist Samuel Pepys stated "... that the Duke of York's marriage with her hath undone the kingdom, by making the Chancellor (Hyde) so great above reach, who otherwise would have been but an ordinary man, to have been dealt with by other people ..."

The couple's first child, Charles, was born on 22 October, less than two months after the marriage and was baptised on 1 January 1661, at Worcester House. However, the child died before reaching the age of one, after becoming ill with smallpox. He was buried in Westminster Abbey, on 6 May 1661.

Seven more children followed: the future Queen Mary II (1662-1694), was followed by a second son James, who was born on 12 July 1663 and was created him Duke of Cambridge and Baron of Dauntsey by his uncle Charles II. Charles II's Queen, Catherine of Braganza was barren, leaving the king with no legitimate offspring, and accordingly, the Duke of Cambridge was treated as the heir to the throne after his father. James became ill during late April 1667, probably on the 27th or 28th of the month. The disease was probably smallpox or bubonic plague, as an eyewitness account given by Samuel Pepys records that Cambridge was "full of spots" and that his physician, Dr Frazier, did not know how to treat the disease.

Anne Hyde with James, Duke of York and their daughters Mary and Anne 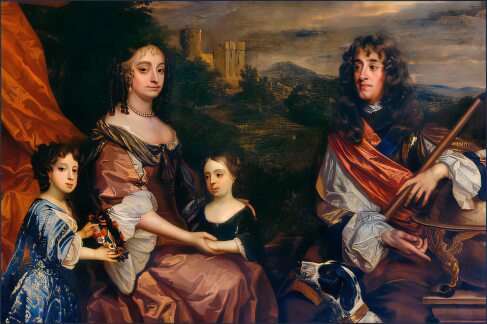 Anne was not popular at court, she became very overweight, a tendency her daughter Anne was, Restoration. and eight or nine years later persuaded her husband to also convert. King Charles II at the time opposed Catholicism and insisted that James' children be raised in the Anglican faith, although he too, converted to Catholicism on his deathbed. James and Anne's surviving daughters, Mary and Anne, were therefore raised in the Anglican faith.

Anne was ill for around 15 months after the birth of her youngest son, Edgar. She bore two further children Henrietta and Catherine but never recovered from Catherine's birth. She died of breast cancer on 31 March 1671. On her deathbed, her two brothers Henry and Laurence tried to bring an Anglican priest to give her communion, but Anne refused and instead received viaticum from the Catholic Church. Two days after her death, her embalmed body was interred in the vault of Mary, Queen of Scots at Westminster Abbey's Henry VII Chapel.

In June 1671, Anne's only surviving son Edgar died, followed by Catherine in December, leaving Ladies Mary and Anne as the Duke of York's heiresses. After Anne Hyde's death, a portrait of her painted by Willem Wissing was commissioned by the future Mary II, this used to hang above the door of the Queen's Drawing Room of the Garden House at Windsor Castle.

Two years after the death of his first wife, James married a Catholic princess, Mary of Modena, who bore James Francis Edward, later known as 'the Old Pretender', he was the only son of James II to survive to adulthood.