Gruffydd ap Cynan was the son of a Welsh father, Cynan ab Iago, a descendant of Rhodri Mawr, and a Hiberno-Norse mother, Ragnhildr, daughter of Olaf Sihtricson, King of Dublin, of the Hiberno-Norse Uí Ímhair dynasty. His maternal great-great grandfather was Brian Boru, High King of Ireland. Gruffydd was born in Dublin circa 1055 and brought up near Swords in County Dublin.

Gruffydd's father, who had been an exile from Wales, died when he was still a small child, treacherously slain by his own retainers, his grandfather, Iago ap Idwal, King of Gwynedd and was killed in 1039. Following Iago's death, Gruffydd ap Llywelyn became the ruler of Gwynedd. 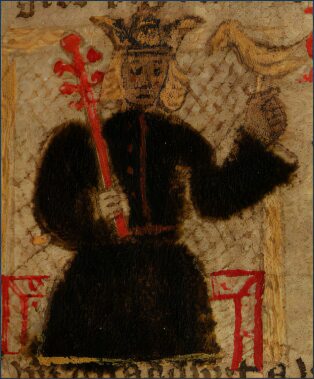 Gruffydd attempted to take Gwynedd in 1075, following the death of Bleddyn ap Cynfyn, who had been installed as ruler of Gwynedd by Harold Godwinson during their 1063 take over of Gruffydd ap Llywelyn's kingdom. Bleddyn's cousin, Trahaearn ap Caradog had seized control of Gwynedd after his death, but his rule was not yet firmly established .

Accompanied by a Danish-Irish force, Gruffydd landed on the Isle of Anglesey, and with further troops supplied by the Norman Robert of Rhuddlan first defeated and killed Cynwrig ap Rhiwallon, an ally of Trahaearn who held Llyn then defeated Trahaearn himself in the battle of Gwaed Erw in Meirionnydd and gained control of Gwynedd. Gruffudd then attempted to reclaim territories that had been taken over by the Normans, and despite the previous assistance provided by Robert of Rhuddlan attacked Rhuddlan castle, carrying off booty but failing to take the castle itself. However, the ill-feeling between Gruffydd's Viking army and the local Welsh led to a rebellion in Llyn and Trahaearn seized the opportunity to counterattack, defeating Gruffydd at the battle of Bron yr Erw above Clynnog Fawr the same year.

Although he was forced to flee to Ireland, undeterred, Gruffyydd returned to Wales in 1081, allying with Rhys ap Tewdwr, prince of Deheubarth. Rhys, who had been attacked by Caradog ap Gruffydd of Gwent and Morgannwg, and had been forced to take refuge at St David's Cathedral. Gruffydd landed at Forth Clais in Dyfed with a force of Danes and Irish troops, where he was joined by a force of supporters from Gwynedd. He and Rhys then advanced north to proceed against Trahaearn ap Caradog and Caradog ap Gruffudd who was now in alliance with Meilyr ap Rhiwallon of Powys. The two armies clashed at the Battle of Mynydd Carn, where Gruffudd and Rhys triumphed and Trahaearn, Caradog and Meilyr were all slain. It was recorded that in battle Gruffydd wielded a double-edged axe.

Gruffydd was thus able to seize power in Gwynedd and Iago ap Idwal ’s dynasty was restored. Soon after being established as King of Gwynedd, Gruffydd was invited to a meeting at Rug, near Corwen with the Normans Hugh Earl of Chester and Hugh Earl of Shrewsbury. At the meeting, through the treachery of one of his own men, Meirion Goch, Gruffydd was seized and taken prisoner. He was imprisoned at Chester Castle, where he remained for many years, during which time Earl Hugh and Robert of Rhuddlan took possession of Gwynedd, building castles at Bangor, Wales Bangor, Caernarfon and Aberlleiniog.

After many years of imprisonment in England, Gruffydd was in fetters in the marketplace at Chester when Cynwrig the Tall, who was visiting the city, saw an opportunity to release him when the burgesses of Chester were at dinner. He is said to have picked Gruffudd up, still in fetters and carried him out of the city on his shoulders. Gruffudd again fled to Ireland but returned to Gwynedd in 1094 to lead the assaults on Norman castles, by late 1095 the revolt had spread to many parts of Wales.

In response, King William II Rufus invaded north Wales in 1095, however, his army was unable to bring the Welsh to battle and returned to Chester having achieved little. Willam mounted a second invasion in 1097, but again without much success. In the summer of 1098 Earl Hugh of Chester joined with Earl Hugh of Shrewsbury in a further invasion of Gwynedd. Gruffudd and his ally Cadwgan ap Bleddyn retreated to Anglesey but then were forced to flee to Ireland. 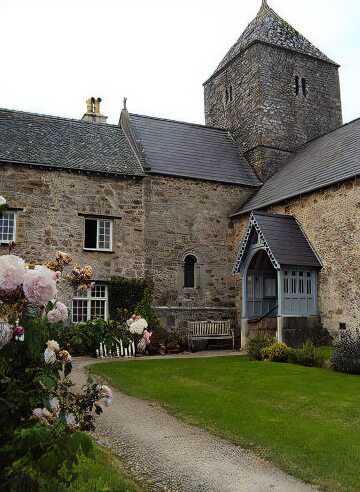 A Norwegian fleet under the command of King Magnus III of Norway attacked the Norman forces near the eastern end of the Menai Straits. Earl Hugh of Shrewsbury was killed by an arrow reported to have been shot by Magnus himself. The Normans were obliged to evacuate Anglesey, and the following year Gruffydd returned from Ireland to take possession of Gwynedd again.

Over the following years Gruffydd consolidated his position in Gwynedd, he met King Henry I of England who granted him the rule of Llyn, Eifionydd, Ardudwy and Arllechwedd, considerably extending his kingdom. However in 1114 King Henry, concerned at Gruffydd's growing power, led an invasion of Gwynedd in a three-pronged attack, one detachment led by Henry's son-in-law, Alexander I King of Scots. Faced by such overwhelming opposition, Gruffydd was forced to do homage to Henry and pay a hefty fine but lost none of his territory.

Gruffydd married Angharad daughter of Owain ab Edwin of Tegeingl, and a great-great-granddaughter of Lady Godiva, by whom he had issue:- 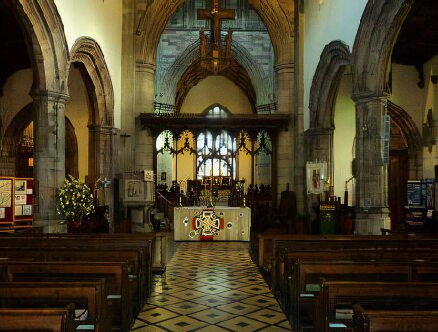 By around 1118 Gruffydd's advancing years resulted in the defence of his realm, which pushed Gwynedd's borders eastward and southwards, was undertaken by his three sons, Cadwallon, Owain Gwynedd and Cadwaladr. The cantrefs of Rhos and Rhufoniog were annexed in 1118, Meirionnydd captured from Powys in 1123 and Dyffryn Clwyd in 1124. Another invasion by the king of England in 1121 was a military failure. Henry was forced to come to terms with Gruffydd. The death of Cadwallon in a battle against the forces of Powys near Llangollen in 1132 checked further expansion for a time.

Owain and Cadwaladr in alliance with Gruffydd ap Rhys of Deheubarth gained a crushing victory over the Normans at Crug Mawr near Cardigan in 1136 and took possession of Ceredigion. The latter part of Guffydd's reign was considered to be a "Golden Age"; according to the Life of Gruffydd ap Cynan, written during the reign of his son Owain, Gwynedd was "bespangled with lime-washed churches like the stars in the firmament".

Grufydd's youngest daughter Gwenllian was married to Gruffudd ap Rhys, prince of Deheubarth, son of his old ally Rhys ap Tewdwr. In 1136, while her husband was on a visit to Gwynedd seeking an alliance with her father, the Norman Maurice of London led raids against Deheubarth. Gwenllian raised an army for their defence. In a battle fought near Kidwelly Castle, Gwenllian's army was totally routed and her son Morgan slain, Gwenllian herself was captured and beheaded by the Normans, as was her other son Maelgwyn.

Gruffydd died, old and blind, in 1137, he was buried by the high altar in Bangor Cathedral which he had been involved in rebuilding, there are some fragments of a Viking-style sculpture preserved within the cathedral. He also made bequests to many other churches, including one to Christ Church Cathedral, Dublin where he had worshipped as a child. He was succeeded as king of Gwynedd by his son Owain Gwynedd and his direct descendants continued to rule Gwynedd without interruption for about 150 years after his death..