Princess Louise was born on 18 March 1848 at Buckingham Palace, she was the fourth daughter and sixth child of Queen Victoria and Albert of Saxe-Coburg-Gotha the Prince Consort.

She was baptised with the names Louisa Caroline Alberta, Louisa was in honour of her paternal grandmother, the Prince Consort's mother, Princess Louise of Saxe-Gotha-Altenburg (1800-1831).

At Osborne House on the Isle of Wight, Louise, a lively and intelligent child and her eight brothers and sisters were taught practical skills such as housekeeping, cooking, gardening and carpentry. The grounds included a 'Swiss Cottage', complete with child-size furniture, where Victoria and Albert's nine children were encouraged to garden. Each of the children was given a rectangular plot in which to grow fruit, vegetables and flowers. They would then sell their produce to their father. Prince Albert used this as a way to teach the basics of economics. 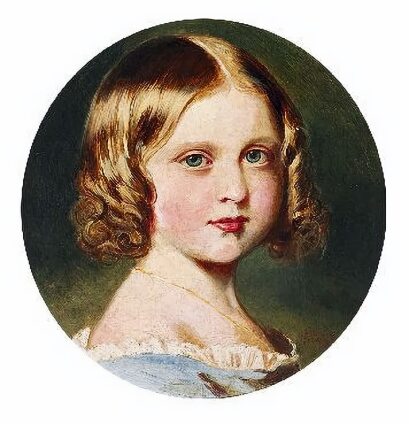 The royal court became a dull gloomy and morbid place in the wake of the death of the Prince' Albert's death in 1861, as the devastated Queen entered a period of intense mourning and seclusion. Louise did not approve of her mother's enforced prolonged mourning. In 1865, Louise asked for the ballroom to be opened for a debutante dance to mark her seventeenth birthday, but the queen refused. Louise's boredom with the mundane routine at court irritated Queen Victoria viewed her daughter to be difficult and argumentative.

Louise, considered the most beautiful of Queen Victoria's daughters, had no wish to marry a German prince as her sisters had done and informed the queen that she wished to marry John Douglas Sutherland Campbell, Marquess of Lorne, heir to the Dukedom of Argyll. No marriage of a daughter of a reigning British monarch and a subject had been given official recognition since 1515, when Charles Brandon, the first Duke of Suffolk, married Henry VII's daughter Mary Tudor and Louise's eldest brother, Albert Edward, Prince of Wales, was strongly opposed to the union. His opposition was however overruled by the Queen, who approved of the marriage, believing it would bring "new blood" into the family. In this, the queen had the support of her Prime Minister, Benjamin Disraeli. 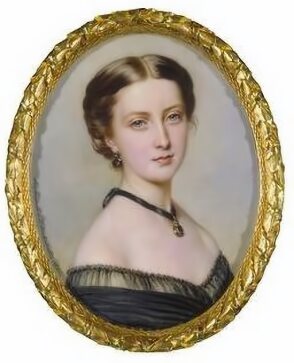 Louise and the Marquess of Lorne were engaged on 3 October 1870 and were married at St George's Chapel, Windsor. Louise wore a wedding veil of Honiton lace that she designed herself, and was escorted into the Chapel by her mother, and her two eldest brothers, the Prince of Wales and Alfred Duke of Edinburgh.

In 1878, Prime Minister Benjamin Disraeli chose Lorne to be the Governor-General of Canada, and he was appointed to the position by Queen Victoria. On 15 November 1878, the couple left Liverpool and arrived for the inauguration at Halifax on 25 November. In Canada Louise and Lorne lived at Rideau Hall, officially the Queen's royal residence in Ottawa. Louise and her husband founded the Royal Canadian Academy of Arts and enjoyed visiting Quebec, which they made their summer home.

The couple were involved in a a sleigh accident on 14 February 1880, which was a very severe winter in Canada. The carriage in which they were travelling overturned, the coachman and footman being thrown from the sleigh. The panicking horses then dragged the overturned carriage for over more than 400 yards. Louise, still inside it was knocked unconscious when she hit her head on an iron bar on the roof, Lorne was trapped beneath her.

The injured couple were taken back to Rideau Hall. The doctors who attended Louise reported she was severely concussed and in shock, Louise's ear had been injured when her earring caught on the side of the sleigh, tearing her ear lobe. The incident was played down on the instructions of Lorne's private secretary and therefore, when Louise cancelled her immediate engagements, people thought she was malingering. 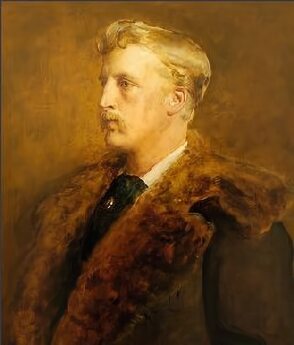 Louise and Campbell returned to Britain on 27 October 1883 and took up residence at Kensington Palace. Lorne resumed his political career in Britain. The relationship between the couple was often strained, and, despite the Queen's attempts to keep them together, they often went their separate ways. Even when Lorne accompanied Louise, he was not always well received at court, the Prince of Wales disliked him.

Louise was an unconventional royal, who was not fond of royal ritual or the rather stuffy royal social round, she and her husband Lorne drifted apart, possibly because of their childlessness and the Queen's constraints on them. Lorne turned out to be a homosexual and rumour stated that Louise was having an affair with Arthur Bigge, later Lord Stamfordham, the Queen's assistant private secretary. Louise's relationship with the two sisters closest to the Queen, Beatrice and Helena, was also strained and was not helped by Louise untactfully stating that she was the confidante of her late brother-in-law Prince Henry of Battenberg and that Beatrice, his widow had meant nothing to him.

Louise was an artist and sculptor and was well respected for her considerable skills in that area. She was responsible for creating a marble statue of Queen Victoria by the Round Pond on the grounds of Kensington Palace and designed the memorial in St. Paul's Cathedral to Canadian casualties of the Boer War of 1899-1902. In common with her oldest sister, Victoria, Empress of Germany, Louise was also an early advocate for women's suffrage.

On the death of his father on 24 April 1900, Lorne succeeded him as Duke of Argyll. The couple were reconciled in 1911, later in life, Lorne developed Alzheimer's Disease, through which Louise nursed him devotedly. Argyll died of pneumonia in 1914. He was succeeded as Duke of Argyll by his nephew.

Louise spent her last years at Kensington Palace, occupying rooms next to her sister Princess Beatrice. Princess Louise died at Kensington Palace on 3 December 1939 at the age of 91, wearing the wedding veil she had worn almost 70 years earlier, she proved the most long-lived of all Queen Victoria's daughters. Her remains were cremated at Golders Green Crematorium on 8 December and her ashes were placed in the Royal Crypt at St. George's Chapel on 12 December. Her ashes were later moved to the Royal Burial Ground, Frogmore near Windsor, on 13 March 1940.