Prince Arthur, the seventh child and third son of Queen Victoria and Albert of Saxe-Coburg-Gotha, the Prince Consort, was born at Buckingham Palace at 8:20 am on 1 May 1850. He was named after Arthur Wellesley, Duke of Wellington, whose birthday he shared.

Arthur was christened by the Archbishop of Canterbury, John Bird Sumner, on 22 June in the private chapel of Buckingham Palace. He was given the names Arthur William Patrick Albert. 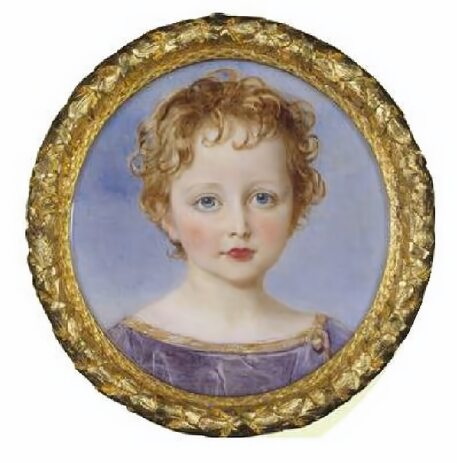 From an early age Arthur displayed an avid interest in military matters, and accordingly, in 1866 he was enrolled at the Royal Military College at Woolwich, from where he graduated two years later and was commissioned as a lieutenant in the Corps of Royal Engineers on 18 June 1868. He transferred to the Royal Regiment of Artillery on 2 November 1868 and on 2 August 1869, to his father's regiment the Rifle Brigade, after which he engaged in a long career as an army officer. Arthur was the only one of Queen Victoria's sons to see active service. With the rank of Major-General, he commanded the 1st (Guards) Brigade of the 1st Division during Sir Garnet Wolseley's Egyptian Campaign of 1882.

On 24 May 1874, Arthur was created Duke of Connaught and Strathearn and Earl of Sussex by his mother the queen. Arthur married the German Princess Louise Margaret of Prussia, the daughter of Prince Frederick Charles of Prussia and Princess Maria Anna of Anhalt-Dessau at St. George's Chapel, Windsor, on 13 March 1879. Princess Margaret was the cousin of Prussian Emperor Frederick III, who was married to Arthur's sister Victoria, Princess Royal. The Duke and Duchess of Connaught acquired Bagshot Park in Surrey as their country home and after 1900 used Clarence House as their London residence. 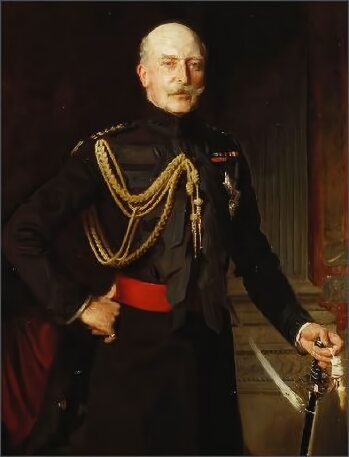 January 1882 at their country home of Bagshot Park. She was christened Margaret Victoria Charlotte Augusta Norah. Attractive, dark haired and tall, Margaret married Gustaf Adolf, Crown Prince of Sweden on 15 June 1905 and became the mother of five children including Ingrid, Queen of Denmark and Prince Gustaf Adolf, Duke of Västerbotten, the father of the future King Carl XVI Gustaf of Sweden. Her grandchildren include King Carl XVI Gustaf of Sweden, Queen Margrethe of Denmark and Queen (consort) Anne-Marie of Greece. Margaret was heavily pregnant with her sixth child in 1920 when she underwent mastoid surgery. An infection set in, leading to the death of Margaret and her unborn child. 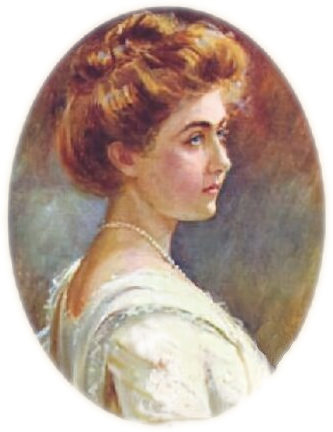 A third child, Princess Patricia of Connaught (Victoria Patricia Helena Elizabeth) was born on 17 March 1886, known as 'Patsy' in the family, she became the wife of her father's aide de camp, Commander (later Admiral) The Hon. Alexander Ramsay (29 May 1881 - 8 October 1972). Patricia renounced her royal titles and became known as Lady Patricia Ramsay, she had one child, Alexander Ramsay of Mar, who was born at Clarence House, then the London residence of his maternal grandfather.

King George V appointed his uncle Arthur of Connaught as Governor General of Canada. Arthur travelled to Canada with his wife and his youngest daughter, who was to become an extremely popular figure with Canadians. The Duke of Connaught served as Governor-General of Canada from 1911 to 1916. He was active in auxiliary war services and charities and conducted hospital visits, while the Duchess of Connaught worked for the Red Cross and other organizations to support the war cause.

After his years spent in Canada, Prince Arthur held no similar public offices but undertook several public engagements. He also returned to military service and continued well into World War II. His wife Margaret of Prussia died of influenza and bronchitis at Clarence House in March 1917, after which Arthur mostly withdrew from public life. On 1 May 1920, his daughter, Crown Princess Margaret of Sweden died suddenly in Stockholm. The official announcement said infection set in following a mastoid operation. At the time, she was eight months pregnant and expecting her sixth child. His son Prince Arthur of Connaught, who served as aide-de-camp to Generals Sir John French and Sir Douglas Haig, also predeceased him, dying of stomach cancer at the age of 55 on 12 September 1938.

Arthur died 16 January 1942 at Bagshot Park in Surrey, at the age of 91. He was buried in the Royal Burial Ground, Frogmore. His title passed to his grandson Alistair Arthur, 2nd Duke of Connaught who died in 1943 at the age of 29 without a successor. Alastair died in Ottawa "on active service" in unusual circumstances. The diaries of Sir Alan Lascelles, King George VI's private secretary, published in 2006, recorded that, rejected him as incompetent, he had fallen out of a window when drunk and died of hypothermia overnight.