Prince Harry of Wales, the second son of Charles Prince of Wales and Lady Diana Spencer, the daughter of John, Earl Spencer, was born on 15 September, 1984, at St. Mary's Hospital, Paddington, West London. He was baptized with the names Henry Charles Albert David at St. George's Chapel, Windsor Castle, though is always known as simply Harry. 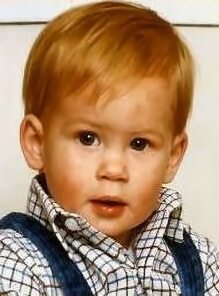 A red-haired and decidedly impish featured little boy, Harry followed in the footsteps of his elder brother, Prince William in attending Mrs Mynor's Nursery School in London and later Wetherby and Ludgrove Schools. His mother was determined that both her young sons should have as normal a life as possible and accordingly often took them on outings to amusement parks and the cinema, always, unfortunately, with the attendant flock of photographers in her wake.

Prince Harry as a pageboy at the wedding of his uncle, Earl Spencer 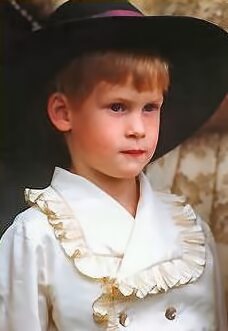 Harry was only twelve, when in 1997, his beloved mother died in tragic circumstances in a Paris car crash. This bereavement affected him acutely. Along with his father and brother, he was staying at Balmoral, his grandmother the Queen's Scottish home, at the time. He emerged with the rest of the royal family, pale and visibly shaken, clutching his father by the hand, to view the bouquets and messages of sympathy that wellwishers had left outside Balmoral in tribute to Diana.

Both Diana's sons played an active part in the funeral, walking behind their mother's cortege to Westminster Abbey, the young Harry carried out what must have been a deeply distressing and gruelling duty, before a vast worldwide audience, with dignity and composure. An agreement was later reached with the press that the paparazzi would not hound Diana's two sons during the rest of their school years.

In October 1997, his father took Harry on an eight-day tour of South Africa, where he went on safari as well as meeting Nelson Mandela and the Spice Girls. In a conciliatory gesture, (the two families were estranged) he was also taken to see his maternal uncle, Earl Spencer, then residing in South Africa.

Harry joined his brother William at Eton College in September 1998, though known to be not as academic as his brother, he is also less serious and has acquired a reputation as a daredevil with a puckish sense of humour. Like his brother, he is tall (6' 2") but has the red hair of the Spencer family. He is a keen skier and likes to attend rugby matches. 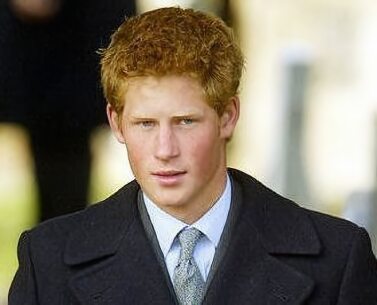 Prince Harry has suffered more at the hands of the press than his brother William, who generally keeps a low profile. In January 2002, Harry hit the headlines after his father, having discovered he had experimented with cannabis, decided he would benefit from a short, sharp shock and sent him to Featherstone Lodge Rehabilitation Centre in Peckham, London, for a day, to see the dangers of drugs for himself. Much to his mortification, the story was leaked to the press, but a contrite Harry seemed to have learned a lesson in this respect.

His troubles with the press were far from over, however, and he evoked further press criticism by attending a friend's fancy dress party in a nazi uniform, the timing of the incident could not have been worse, as it occurred just after the anniversary of the liberation of Auschwitz. He later apologised if he had offended anyone. The adverse publicity continued when, much the worse for the drink, he was engaged in an undignified and angry scuffle with a photographer outside a London nightclub and had to be pulled away by his bodyguard.

On his eighteenth birthday, in September 2002, his grandmother, Elizabeth II gave Harry his coat-of-arms, along with the arms of England, at Harry's request, it incorporates three red Spencer escallops, in honour of his mother, as a coming of age present. He spent his birthday carrying out official engagements, which he announced were to remind people of all the good works his mother did.

Harry left Eton in 2003, having acquired two A levels, a B grade in Art and a D in Geography. He was later accused of cheating in his art examination, evoking further negative press attention. He spent part of his gap year in Australia, where he worked as a ranch hand on a cattle station and was a well-liked member of the team. Some of the year was spent in Africa, where he worked in an orphanage in Lesotho, which became the subject of a television film, 'The forgotten Kingdom-Prince Harry in Lesotho' which helped raise awareness of the country's many problems.

On his twenty-first birthday Harry gave a contrite interview, In response to press criticism he responded: " I am who I am and I'm not going to change." Questioned about his conflicting images as a party prince and a caring one, he replied " I am both of them." 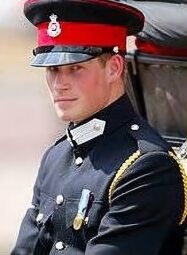 Prince Harry, currently third in line to the throne, entered Sandhurst Military Academy to begin training as an officer in the army in May 2005.

He recently returned to Lesotho, founding the charity Sentebale to support children orphaned by aids - a cause which was once spearheaded by Diana, Princess of Wales. The charity was founded in memory of his mother, its name means forget me not, about which the prince has commented " I wanted to carry on as best I could what she started and what better place to do it than here?". He stated that he hoped his mother would be proud adding " It would be weird not to come back. I am commited for the rest of my life."

To celebrate the life of his late mother, Diana, Princess of Wales, Harry, and his elder brother William, organized the Concert for Diana, which was held at Wembley Stadium on 1 July 2007, on what would have been the Princess' 46th birthday, as well as a memorial service to mark the tenth anniversary of her death on 31st August 2007 at the Guard's Chapel.

The concert, featuring a host of stars including Elton John, Rod Stewart, Duran Duran and Joss Stone, was a great success, about 60,000 people attended the event, while around 15 million people from across the UK watched Concert for Diana at home, and it was broadcast to over 500 million homes in 140 countries. Profits from the concert were donated to three charities Sentebale, Centrepoint and the Diana, Princess of Wales Memorial Fund.

Prince Harry spoke of his late mother with obvious affection at the simple and poignant memorial service, stating:-

"When she was alive we completely took for granted her unrivalled love of life, laughter, fun and folly. She was our guardian, friend and protector. She never once allowed her unfaltering love for us to go unspoken or undemonstrated. She will always be remembered for her amazing public work. But behind the media glare, to us, just two loving children, she was quite simply the best mother in the world. We would say that wouldn't we. But we miss her. She kissed us last thing at night. Her beaming smile greeted us from school. She laughed hysterically and uncontrollably when sharing something silly she might have said or done that day. She encouraged us when we were nervous or unsure. "

The wedding of Prince Harry and Meghan Markle, at St. George's Chapel, Windsor 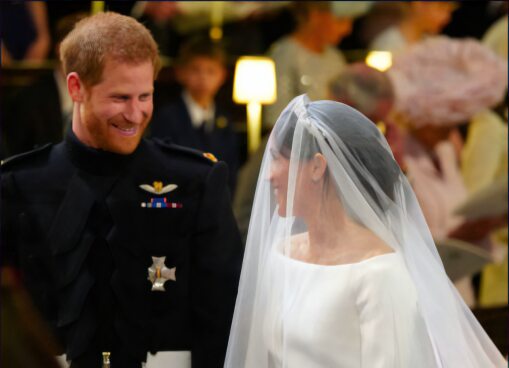 It was revealed in February 2008, that Prince Harry had been fighting with British forces in the frontline in Afghanistan for the past 3 months, the Prince, a second lieutenant in the Household cavalry, patrolled in the Helmand province, southern Afghanistan, since mid-December and called in several airstrikes in his role commanding a tactical air control unit. Harry's deployment was kept secret due to a Ministry of Defence agreement with news organisations. General Sir Richard Dannatt, Chief of General Staff stated "His conduct on operations in Afghanistan has been exemplary. He has been fully involved in operations and has run the same risks as everyone else in his battle group." He added "Now that the story is in the public domain, the Chief of Defence Staff and I will take advice from the operational commanders about whether his deployment can continue."

In an interview conducted in Afghanistan, Harry commented on his duties saying "This is what it is all about, what it's all about is being here with the guys rather than being in a room with a bunch of officers... "adding" I haven't had a shower for four days, I haven't washed my clothes for a week. It's very nice to be a normal person for once, I think this is about as normal as I'm ever going to get." A spokesman for the Prince of Wales said "Prince Harry is very proud to serve his country on operations alongside his fellow soldiers.

Clarence House announced that Prince Harry was engaged to be married to American actress, Megan Markle on 27 November 2017. The engagement ring consisted of three diamonds, two of which were from the jewellery collection Diana, Princess of Wales, the large central stone came from Botswana, where the couple had recently spent time on holiday. The couple were married at St George's Chapel, Windsor Castle, on 19 May 2018. Bridesmaids where Princess Charlotte, Prince Harry's god-daughters, Zalie Warren Florence van Cutsem and Meghan's Markle's goddaughters, Remi and Rylan Litt and Ivy Mulroney, the daughter of Ms Markle's friend Jessica Mulroney. The pageboys included Prince George, twins John and Brian Mulroney and Prince Harry's godson, Jasper Dyer. Prince William acted as best man while Prince Charles gave the bride away. The Archbishop of Canterbury, Justin Welby, officiated at the wedding.

The newly married couple were granted the titles Duke and Duchess of Sussex by the Queen on their wedding day, the last Duke of Sussex was Augustus Frederick, the sixth son of King George III and his queen, Charlotte of Mecklenberg-Strelitz, who was married twice, but since both marriages contravened the Royal Marriages Act of 1772, not having been approved by the King, Meghan is the first person to bear the title Duchess of Sussex.

On October 15, 2018, five months after the couple married, Kensington Palace announced that Meghan and Prince Harry are expecting their first child together. A son, Archie Harrison Mountbatten-Windsor, was born to the couple on 16th May 2019 at the Portland Hospital in London.

In January 2020, following a six-week break in Canada, the couple announced that they were stepping back from their role as senior members of the royal family and wished to become financially independent. They kept their tiles of HRH but are not permitted to use them in commercial ventures.

In September of 2020, Prince Harry and Meghan entered into a commercial deal with Netflix "to develop scripted and unscripted series, film, documentaries, and children programming for the streaming service".They later signed a multi-year deal with Spotify to produce and host their own programs through their audio producing company, Archewell Audio. The couple were interviewed by US chat show host, Oprah Winfrey in a television special for CBS, which was aired on 7 March 2021. The Duchess discussed "stepping into life as a royal, marriage, motherhood" with Winfrey and made several startling revelations including that of "concerns and conversations that a senior member of the royal family is alleged to have made about the colour of her child's skin when she was pregnant Prince Harry joined her later in the interview, he confirmed this allegation but stated it was made early in their relationship and revealed that his father had refused to take his phone calls and had cut him off financially after they left the UK.