Queen of the Brigantes

Cartimandua, the granddaughter of King Bellnorix, was the queen of the Brigantes, a warlike Celtic tribe who occupied the largest section of what would later become Northern England, and a significant part of the Midlands. Their name derives from the Celtic goddess Brigantia or Brigit. The Brigantes were territorially the largest tribe in Britain, their kingdom, centred on what later became Yorkshire. Cartimandua reigned in Brigantia from circa 43 to circa 69 AD. Following the Roman invasion of Britain in 43 AD, Cartimandua concluded a treaty with the emperor Claudius and she and her husband ruled Brigantia as a client kingdom of Rome. 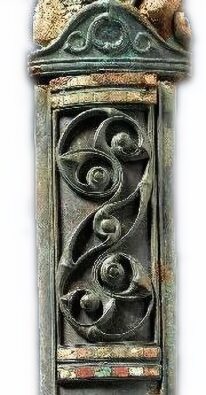 It is possible that either Cartimandua or her father were among the eleven "kings" who Claudius' triumphal arch proudly proclaims to have surrendered without a fight, or she may have risen to power in Brigantia after a revolt of a faction of the Brigantes was defeated by Publius Ostorius Scapula in 48. Tacitus records her to be of "illustrious birth" and she appears to have ruled in her own right rather than through marriage. Silver coins minted during the reign of Cartimandua have survived to the present day.

In the year 51 the British king, Caratacus, leader of the Catuvellauni tribe, who had led the Celtic resistance to the Romans, sought sanctuary with the Brigantes to rally support for his cause following his defeat by Ostorius Scapula in Wales, however, Cartimandua treacherously handed him over to the Romans in chains, an action which led to her being cursed by the chief Celtic Druid.

Cartimandua was rewarded for her treachery with great wealth. She later divorced her husband Venutius and replaced him with his armour-bearer or charioteer Vellocatus. In 57, although Cartimandua had seized his brother and other relatives and held them, hostage, Venutius raged war against his ex-spouse and then against her Roman protectors. He formed alliances with other Celtic tribes and during the governorship of Aulus Didius Gallus (52-57), he invaded Brigantia. Tacitus, who viewed Cartimandua in a negative light, records:-

"Her house was at once shaken by this scandalous act," Tacitus continues. "Her husband was favoured by the sentiments of all the citizens; the adulterer was supported by the queen's passion for him and by her savage spirit. So Venutius, calling in aid from outside and, at the same time, assisted by a revolt of the Brigantes themselves, put Cartimandua into an extremely dangerous position." 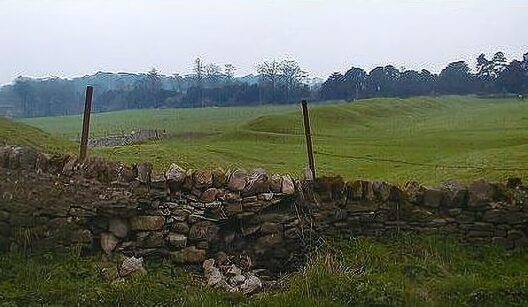 The Romans sent cohorts to defend their client queen. The fighting was at first inconclusive until Caesius Nasica arrived with the IX Legion Hispana, and defeated Venutius. Cartimandua, who had narrowly escaped capture due to the intervention of a unit of Roman soldiers, retained her throne.

In 69, Ventius took advantage of Roman political instability during what was known as the year of four emperors, when Emperor Nero had died and a struggle broke out in Rome to decide who would be his successor. Venutius and his allies launched a further revolt in Brigantia. Cartimandua appealed to the Romans for troops, who were, however, only able to send auxiliaries. Cartimandua was evacuated to the newly constructed Roman fort at Deva (Chester), leaving Venutius in control of a kingdom at war with Rome. Venutius ruled Brigantia as an independent kingdom briefly. Cartimandua disappears from the pages of history at this point. Eventually, the Romans defeated Venutius, after which they ruled the Brigantes directly.

After extensive excavations at Stanwick Iron Age Fort, the archaeologist Sir Mortimer Wheeler concluded that that the hillfort, which stands 8 miles to the north of Richmond in Yorkshire, had been the rebel stronghold of Venutius. Amongst Wheeler's most famous finds at Stanwick were an Iron Age sword, still in its well-preserved ash wood scabbard, and the nearby skull of a severed head, which displayed considerable damage from wounds inflicted by an axe or a sword. In 1843 a hoard of 140 metal artefacts known as the 'Stanwick hoard', which included four sets of horse harness for chariots and a bronze horse head 'bucket attachment', were found half a mile away at Melsonby. These are now held by the British Museum.

A further series of archaeological excavations were carried out at Stanwick from 1981 to 1986 by a team from Durham University was led by Percival Turnbull and Professor Colin Haselgrove. One of their most intriguing finds was that of an adult male burial at the rear of a rampart in the fortifications where a horse's head had been carefully placed upon the body. Turnbull and Haselgrove maintained that the fortifications enormous length of six miles argued that it was intended to emphasize the power and prestige of its owner. They concluded that Stanwick had not been the fortress stronghold of Venutius but was the estate of his ex-wife, Queen Cartimandua, and possibly the original capital of the Brigantes tribe.