The Roman Conquest of Britain

The first Roman invasion of Britain was launched by the great republican general Julius Caesar in 55 BC. Caesar was then leading the Roman armies in Gaul and the Britons had been sending aid to their kinsmen the Celts of Gaul.

Caesar landed about 6 miles from Dover in present-day Kent, and in the summer of 55 BC fought several battles with the Celtic tribes of southern Britain, he returned the following summer defeating the British tribal chief Cassivellaunus. After exacting a promise of tribute from the defeated tribes, Caesar left Britain to put down the rebellion in Gaul.

Nearly a century later, in 43 A.D. Emperor Claudius required a public relations coup to secure his shaky position and therefore decided to undertake an invasion of Britain. Caratacus, king of the Catavellauni tribe, which occupied the area to the north of the River Thames, invaded the territory of his neighbours the Atrebates, whose ruler, Verica, fled to Rome and appealed for aid providing Claudius with the excuse he needed to invade. 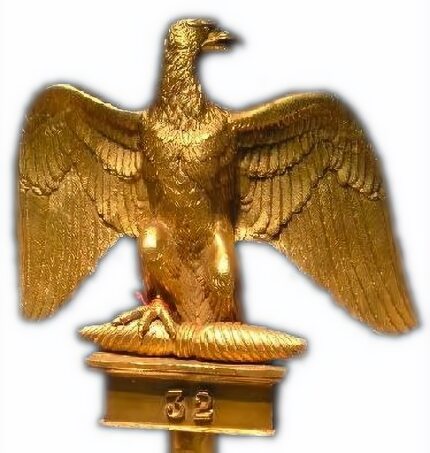 Claudius sent four legions to Britain, embarking from Boulogne and landing at Richborough in modern Kent, Claudius' forces launched a three pronged attack on the Celts of Britain. The southern prong, consisting of the Second Legion, commanded by the future Emperor Vespasian marched through Sussex and Hampshire, the lands of the Atrebates tribe, who were friendly to Rome.

The Durotriges tribe of Dorset offered the first real opposition to the Romans. The invaders took the hill fort of Hod Hill, and built a military camp in one corner of the enclosure, the remains of which can still be seen today. Then they pushed on to present-day Exeter. The Celtic tribesmen made a stand at the huge earthworks of Maiden Castle in Dorset but were defeated with such ruthless efficiency that the catapult bolts used to subdue them can still be dug out of the ground today. 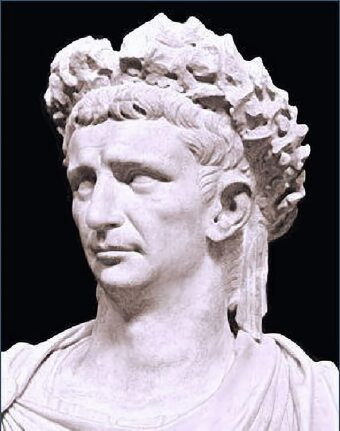 The two other Roman prongs of attack marched west towards north Wales and north to York. By the summer of 43 AD Claudius himself was able to land in Britain, he entered the Catuvellaunian capital of Camulodunum (Colchester) in triumph and received the submission of twelve British chieftains. By 47 AD the Romans had conquered the whole of South Britain and claimed Britain as part of the Roman Empire.

Caractacus, chief of the Catuvellauni adopted guerrilla tactics to resist the Roman general Aulus Plautius. He and his brother Togodumnus lost much of the south-east after being defeated in two crucial battles on the rivers Medway and Thames. Some tribes, realising that the end was near, made peace with the invaders, but Caractacus fought on.

After Togodumnus was slain and resistance to the Romans collapsed in the South-East of England, Caractacus established himself with the Dubonni tribe, He then went on to lead the fierce Silures and Ordovices of Wales against Plautius' successor as governor, Publius Ostorius Scapula. The Romans marched on Wales and Caratacus proceeded north in an attempt to join forces with the fierce Ordovices of North Wales. He was finally defeated at the battle of Caer Caradoc by Scapula in 51A.D in the mountains of North Wales in the territory of the Ordovices. With the capture of Caratacus, much of southern Britain from the Humber to the Severn was pacified and garrisoned throughout the 50s.

The first Roman capital of the new province of Britannia was established at Colchester. However, the Romans to realised the strategic importance of the River Thames as a communication and transport highway. A small existing settlement, Londinium (London), was built up to become a trade and administrative centre. The name "Londinium" is thought to be pre-Roman (and possibly pre-Celtic).

Before the arrival of the Roman legions in Britain, the area consisted of open countryside and marshland traversed by streams such as Walbrook. Londinium was established at a point where the River Thames was narrow enough to build a bridge but deep enough for ships to sail into. The remains of a huge Roman pier base for a bridge were discovered in 1981, close to the modern London Bridge. Early Roman London occupied a relatively small area, roughly equivalent to Hyde Park in size at 350 acres. Londinium became the hub at the centre of a major network of roads constructed primarily for the movement of troops and administrative communication. They also oversaw the expansion of trade that swiftly made London the most important town, and eventually the capital, of the new province of Brittania.

The Romans adopted a policy in Britain that had been extremely successful elsewhere, rather than conquer by force, they established "client kingdoms" on the borders of the territory they directly controlled. This meant that some Celtic tribes, in return for not being overrun, agreed to ally themselves with Rome. Treaties with tribes in the north and East Anglia provided buffer areas while the process of subduing resistance elsewhere was ongoing. 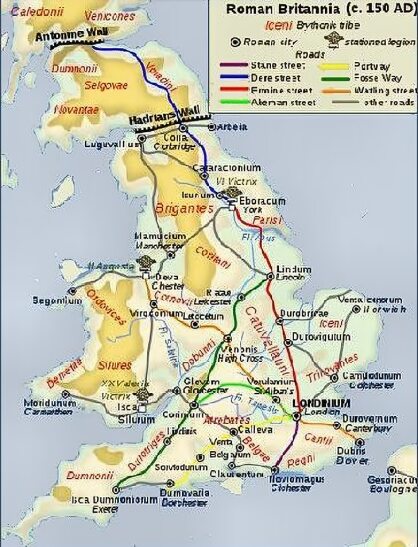 The Druids, the only men powerful enough to organise opposition to Roman rule throughout the Celtic tribes, were outlawed. In AD 60 the Roman general Gaius Suetonius Paulinus, in an attempt to break the power of the druids, crossed the Menai Strait, to attack the druids who had rallied in their stronghold of the Island of Mona or Ynys Mon (Anglesey) off the mainland of North Wales where they made a last stand against the conquering legions of Rome and attempted to defend themselves by using magical arts. After the Romans victory at the battle of Mona, many of the druids were massacred, no quarter was given and the shrine and the sacred groves were destroyed. The surviving Druids fled to Ireland taking with them the Bardic Mantle to avoid disclosure and their ritual observances and magical arts went underground. The massacre led to Boudicca's Revolt as Paulinus attack on Mona left the rest of the country open to attack.

Prasutagus, the ruler of the Iceni tribe, who occupied roughly what is now Norfolk, ruled as an independent vassal of Rome. Prasutagus died in around 59 AD, bequeathing his lands jointly to his daughters and the Roman Emperor, however, the lands of the Iceni were annexed to Rome and when his widow Boudica protested she was flogged, her daughters were raped.

In the year 60 or 61 A.D., when the Roman governor, Gaius Suetonius Paulinus, was conducting a campaign against rebels the Druids on Anglesey in north Wales, Boudica and the Iceni, in alliance with the Trinovantes and other neighbouring tribes rose in revolt against the rule of Rome. Striking at symbols of the hated Roman occupation, the British rebels marched on the poorly defended Roman colony of Camulodunum (Colchester), which was the former capital of the Trinovantes, the city was totally destroyed.

Hearing news of the uprising, Suetonius marched hastily along Watling Street to Londinium (London). Londinium was strategically abandoned to the rebels who burnt it down, no prisoners were taken and no mercy was shown, all those left within the city were slaughtered.

The victorious rebels then turned on Verulamium (St Albans), a city largely populated by Britons who had cooperated with the Romans, which was also destroyed. While Boudicca's exultant army continued their assault in Verulamium, Suetonius regrouped his forces, gathering an army of almost ten thousand men. He clashed with the Celtic army at an unidentified location, probably in the West Midlands , somewhere along the Roman road now known as Watling Street. By the end of the day 80,000 Iceni lay dead on the battlefield.

As a result of the rebellion, the Romans strengthened their military presence in Britain and also lessened the oppressiveness of their rule. By 75 AD the Romans defeated the last of the resistant tribes in the north making all of England and Wales part of the Roman Empire. The Roman Governor of Britain, Agricola, attempted to conquer Scotland in 79 AD but was unsuccessful.

Emperor Hadrian visited Britain in 122 AD and ordered the construction of Hadrian's Wall between England and Scotland to keep out the warlike Picts and Scots. Construction probably commenced on the wall in 122 A.D. and was largely completed within eight years.

The Religion of the Celts PreviousNext Caractacus