The mysterious Celtic kingdom of Rheged was one of the kingdoms of the Hen OgledRhegedd ("Old North"), the Brythonic Celtic speaking region of what is now Northern England and southern Scotland in the Early Middle Ages. Rheged initially formed part of Coel Hen's Kingdom of Northern Britain, the northern half of England which had developed from the former Roman military zone. 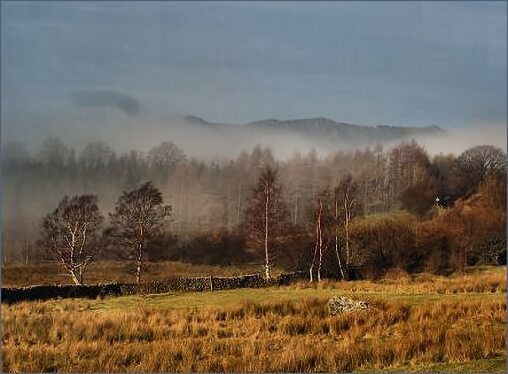 Rheged stretched south from Hadrian's Wall and included the modern county of Cumbria and probably parts of Lancashire and southern Scotland also. The name of the county of Cumbria derives from the old Celtic word Kombroges meaning 'comrades', as the Celts referred to themselves, as in Cymry, the Welsh form of the word, the Anglo-Saxons had another name for them 'Wealas'- the foreigners.

The evidence for the Cumbric language is derived through secondary sources since no contemporary written records of the language survive. The early poets Aneirin and Taliesin lived in Southern Scotland and composed their poems in Cumbric, but as the poems were passed down by oral tradition the versions which survived to the present are no longer in their Cumbric form but in early Welsh. 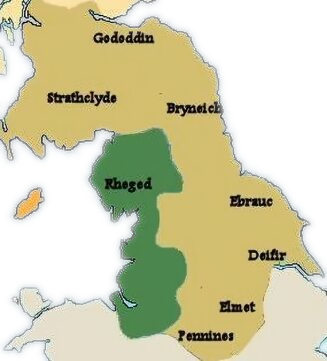 Cumbric was eventually replaced by English and its Scottish variant - Lowland Scots. The Scottish lowland accent derives from Cumbric, which is why it is similar to Welsh. Although now an extinct language, some farmers in Cumbria still count sheep using terms that derive from Cumbric - eg Yan, Tan, Tethera, Methera, Pimp compared to Old Welsh "Un, Dou, Tri, Petwar, Pimp".

Evidence of the Cumbric language survives in the place-names of the far northwest of England and the South of Scotland, such as Lanark, deriving from the equivalent of the Welsh llannerch 'a glade, clearing', Glasgow, from words equivalent to Welsh glas gau 'green hollow' and Penrith, Cumbria, meaning 'chief ford' (Welsh pen 'head; chief' and rhyd 'ford'). Long fallen out of use in other parts of England, many of the old Celtic place names have survived in the northwest. The names of such familiar Lake District fells as Blencathra and Helvellyn derive from the Celtic language. The river Derwent and Derwent Water may derive from the Celtic dur gwin - "clear water", although other claims have been made for a derivation from the Celtic word for oak tree - dar or derwen.

The name Rheged is thought to have derived from the Celtic Brigantes tribe, which occupied much of northern England during the Dark Ages. 'Brigant' appears to have become 'Breged' and later Rheged.

The kingdom of Rheged was divided upon the death of Meirchion Gul in around 535. North Rheged went to his elder son, Cynfarch Oer and retained the capital of Caer Ligualid (Carlisle). South Rheged was inherited by Elidyr Llydanwyn, another son of Meichion Gul, it covered modern Lancashire and Cheshire, and was probably centred on Ribchester or Lancaster. Modern Rochdale (Rheged Dale) still retains the name of this Kingdom.

The northern kingdoms bickered and fought each other for around a hundred and fifty years. Rheged emerged as the region's most powerful kingdom under its ruler King Urien of Rheged who won a number of victories over the Anglo-Saxon rulers of Bernicia in the second half of the sixth century. Urien's conflict with the Saxons was recorded by the ninth-century Welsh monk Nennius and celebrated by the bard Taliesin, who refers to him as the "Ruler of Rheged". The reign of Urien's son Owain of Rheged proved to be a short one, he was killed in battle against his father's old enemy Morcant Bulc of Bryneich.

The genealogy of Urien and his successors traces their descent back to Coel Hen (King Cole), the first recorded post-Roman military leader in the area of Hadrian's Wall. Urien had a palace at Llwyfenydd (probably the River Lyvennet, close to Crosby Ravensworth in Cumbria.

Place-name evidence from Dunragit (possibly "Fort of Rheged") suggests that, at least in one era of its history, Rheged extended into Dumfries and Galloway. More problematic interpretations suggest that it could also have reached as far south as Rochdale in Greater Manchester, recorded in the Domesday Book as Recedham. 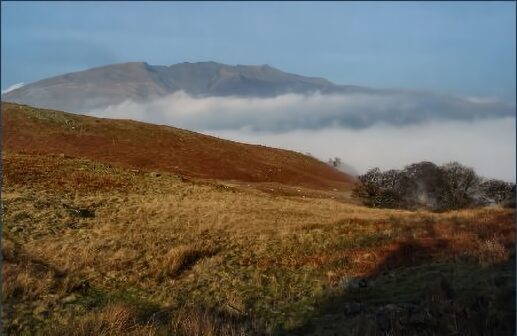 The River Roch on which Rochdale stands was recorded in the thirteenth century as "Rachedor Rachet." These place-names may incorporate the element 'Rheged' as they lay on or near its borders.

Owain was succeeded by his youngest brother Rhun, who was in turn succeeded by his son Rhoedd, probably the last king of an independent Cumbria. Following the unification of Bernicia and Deira to become the kingdom of Northumbria, sometime before 730 AD the kingdom was annexed by Northumbria. The Anglo-Saxon Prince Oswy of Northumbria married Riemmelth of Rheged, the granddaughter of Urien's son Rhun, in around 638.

In the tenth century, after the power of Northumbria was destroyed by the Vikings, large areas west of the Pennines fell peacefully under the control of the British Kingdom of Strathclyde, with Leeds referred to as being on the border between the Britons and the Viking Kingdom of York. Cumbria came under Scottish rule until 1072 when England's second Norman King, William II, 'Rufus' took Carlisle, settling the town with his Norman followers. He found the old Roman fortress there in ruins and established Carlisle Castle to guard the frontier in 1092. The town was retaken by David I, King of Scots in 1136. Cumbria was again returned to English sovereignty in 1157 by Malcolm IV of Scotland, known as 'the Maiden'.

Rhoedd map Rhun circa 616 - c.638 son of Rhun and grandson of Urien of Rheged