Arthur Plantagenet, the illegitimate son of Edward IV, was born in Calais, then under English control, between 1461 and 1475. His mother's identity is not certain; the most likely candidate appears to be Elizabeth Wayte, the historian David Baldwin states that in his early years, Arthur was known as Arthur Wayte, but his mother may have been Elizabeth Lucy, the long-standing mistress of King Edward IV, and the probable mother of several children by him. 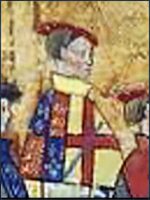 On the death of Henry VII in 1509, Arthur's nephew, Henry VIII succeeded to the throne and Arthur was formally designated an Esquire of the King's Bodyguard and was a close companion of his nephew's, despite their age difference. In 1514 Arthur was appointed High Sheriff of Hampshire and made captain of the Vice-Admiral's ship Trinity Sovereign and rose to become Vice-Admiral of England.

Arthur was married on 12 November 1511, to Elizabeth Grey (d. 1529), daughter of Edward Grey, 1st Viscount Lisle (d. 1492). She was the widow of Edmund Dudley, treasurer to King Henry VII, who had been executed in 1510 by Henry VIII. The following day, the king granted Arthur some of the Dudley estates which had come to the crown due to Dudley's attainder. The couple had three daughters:- 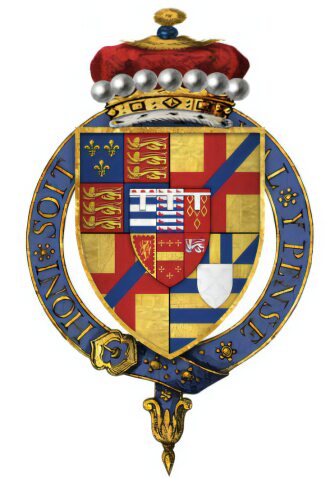 (i) Frances Plantagenet, who married twice: firstly to her step-brother John Basset (1520-1541) of Umberleigh, Devon, the son of Arthur's second wife by her first marriage, Honor Grenville (d. 1566); secondly, Frances married Thomas Monke (c. 1515-c. 1583) of Potheridge, Devon, of an ancient Devonshire family. Her great-grandson by this marriage was George Monck, 1st Duke of Albemarle (1608-1670), a key figure in effecting the Restoration of the Monarchy to King Charles II in 1660.

In 1520, he and his wife were with King Henry VIII, at the Field of Cloth of Gold when Elizabeth Grey is recorded as one of the ladies who danced with Francis II and his gentlemen. On 25 April 1523, Arthur was created Viscount Lisle. Following Elizabeth Grey's death in 1529 he married Honor Grenville (1493-1566) the daughter of Sir Thomas Grenville (d. 1513) of Stowe, Kilkhampton, Cornwall, by his wife Isabella Gilbert. She was the widow of Sir John Bassett (d. 1528) of Umberleigh, Devon. Arthur had no children by Honor, but he helped to bring up her children, including John Basset, who became the husband of his daughter Frances from his first marriage; Anne Bassett, an alleged mistress of Henry VIII, and Elizabeth Bassett, a royal maid-of-honour also known as Mary Bassett. He was also to be selected Privy Councilor, Governor of Calais, as successor to John Bourchier, second baron Berners and Lord Warden of the Cinque Ports and named as deputy of Calais, after the death of John Bourchier, 2nd Baron Berners on 16 March 1533.

Among the Lisle Letters is a correspondence from Thomas Cromwell rebuking Arthur for referring trivial matters back to the king and Council, criticising him for his inability to refuse a favour to anyone who asks for one, and hinting that Lady Lisle's dominance of him has made him something of a laughing stock. Yet the Crown did not hesitate to employ him on routine errands: in 1537 Queen Jane Seymour during her pregnancy developed a passion for quail, and since quail were abundant in the marshes around Calais, Lisle devoted much time to supplying them to the Queen.

In 1540 several members of Arthur's household in Calais were arrested on suspicion of treason, on the charge of plotting to betray the town to the French. Suspicion unavoidably fell upon Arthur as well, and he was recalled to England and eventually arrested on 19 May 1540. The actual conspirators were executed, but there was no evidence connecting Arthur with the plot. Nevertheless, on 19 May, he was sent to the Tower on suspicion of being implicated in a plot headed by one Gregory Botolph, who had been his chaplain, to betray Calais to the pope and Cardinal Pole, and a new deputy was appointed on 2 July 1540. Arthur languished in the Tower of London for two years until the king decided to release him. Early in March the king sent him a diamond ring and announced that, as he was proved innocent, he restored him to liberty and favour. However, upon receiving news that he was to be released Arthur suffered a heart attack and died two days later in the Tower. Thus proving, as the eighteenth-century historian Francis Sanford remarked that Henry VIII's Mercy was as deadly as his Judgments.

During his time at Calais, Arthur and his wife had to manage much of their affairs outside Calais by correspondence. Copies of 3,000 of these letters were seized as evidence after Arthur was arrested. They survive to the present day in the Public Record Office, were published in abridged form as the Lisle Letters, and have become a valuable historical resource for this period in English history.