Princess Louise was the eldest daughter and third child of King Edward VII, then Prince of Wales, and Alexandra of Denmark, the daughter of King Christian IX of Denmark and Louise of Hesse-Kassel. She was born on 20 February 1867 at Marlborough House, the London residence of the Prince and Princess of Wales.

Louise with her mother, Princess Alexandra 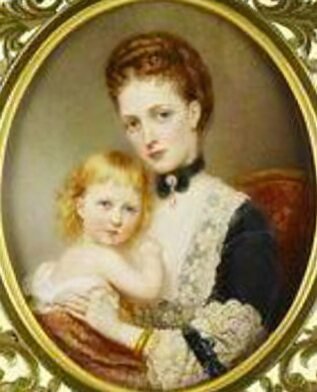 She was baptised with the names Louise Victoria Alexandra Dagmar at Marlborough House on 10 May 1867 by Charles Longley, Archbishop of Canterbury.

Louise experienced a happy childhood on her parent's Sandringham estate in Norfolk and spent annual holidays with the family of her mother, Alexandra, Princess of Wales in Denmark. None of Alexandra's daughters inherited their mother's beauty and more resembled their father's Hanoverian side of the family. Louise developed into a very reserved young woman commonly referred to as "Her Royal Shyness", she and her sisters were often referred to collectively as the 'whispering Wales'.

Although the Princess of Wales saw no reason for her daughters to marry and would have much preferred them to have remained at home with her, Louise married the extremely wealthy Alexander William George Duff 6th Earl of Fife on 27 July 1889, at the Private Chapel in Buckingham Palace. The earl was a close friend of her father and eighteen years her senior. Louise and Fife were third cousins both being descended from King George III. The Earl of Fife was the son of James Duff and Lady Agnes Hay, second daughter of the 18th Earl of Erroll and Lady Elizabeth FitzClarence who was an illegitimate daughter of Queen Victoria's uncle William IV by the actress Dorothea Jordan. 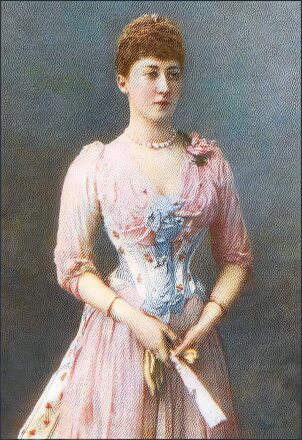 Following the wedding, Queen Victoria created the bridegroom Duke of Fife and Marquess of Macduff. When it eventually became obvious that the Duke and Duchess would not produce a surviving son, Queen Victoria signed Letters Patent creating a second Dukedom of Fife, along with the Earldom of Macduff with a special remainder, in default of a male heir, these peerages would pass to the daughters of the 1st Duke and then to their male descendants.

The couple's first child Alastair Duff, Marquess of Macduff, was stillborn on 16 June 1890. A daughter followed, Princess Alexandra, 2nd Duchess of Fife (Alexandra Victoria Alberta Edwina Louise) born on 17 May 1891, the first grandchild for the Prince and Princess of Wales. Alexandra married her first cousin once removed, Prince Arthur of Connaught (13 January 1883 - 12 September 1938), the son of King Edward VII's younger brother Arthur, Duke of Connaught and his wife Princess Luise Margaret of Prussia. Their son Alastair Arthur Windsor, succeeded his grandfather as Duke of Connaught and Strathearn in 1942 and died, aged 28, in Ottawa in 1943.

Louise's father succeeded Queen Victoria as King Edward VII in 1901, and on 9 November 1905, created Louise the Princess Royal, a title traditionally bestowed on the eldest daughter of the sovereign, at the same time, her daughters Alexandra and Maud were created princesses and given the title of highness.

While sailing to Egypt in December 1911, where she intended to spend the winter for her health, Louise and her family were shipwrecked when the liner S.S. Delhi ran aground off the coast of Morocco in a storm. Although the family escaped into a lifeboat, the survivors then had to walk four miles in driving rain to Cape Spartel Lighthouse. The Duke of Fife caught a chill that developed into pleurisy and died at Assuan, Egypt in January 1912. His eldest daughter Princess Alexandra succeeded to his dukedom, becoming Duchess of Fife in her own right.

Louise, Princess Royal became more reclusive after her husband's death. She was taken ill in the autumn of 1929 at Mar Lodge with a gastric haemorrhage, and was brought back to London, she died fifteen months later at the age of sixty-three on 4 January 1931, at her London home in Portman Square, and was buried in St. George's Chapel, Windsor. Louise's remains were later reinterred at the Private Chapel, Mar Lodge Mausoleum, in Braemar, Aberdeenshire.