Princess Victoria was the second daughter and fourth child of King Edward VII, then Prince of Wales, and Alexandra of Denmark, the daughter of King Christian IX of Denmark and Louise of Hesse-Kassel. She was born on 6 July 1868 at Marlborough House, the London residence of the Prince and Princess of Wales.

She was baptised on 6 August 1868 by Archibald Campbell Tait, Bishop of London with the names Victoria Alexandra Olga Mary but was known as 'Toria' in the family, to distinguish her from her aunt, Victoria the Crown Princess of Prussia. 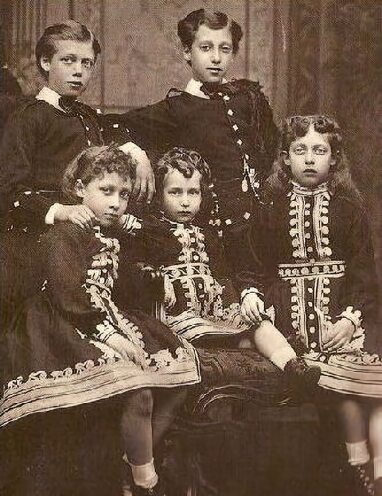 Victoria experienced a happy and carefree childhood at Marlborough House and on her parent's country estate of Sandringham in Norfolk and was educated by tutors. She spent annual holidays with the close knit family of her mother, Alexandra, Princess of Wales in Denmark. None of Alexandra's daughters inherited their mother's beauty and more resembled their father's Hanoverian side of the family, although Victoria, who grew to be a tall and elegant woman, with large expressive blue eyes, was considered by many to be the most attractive of the three sisters. Victoria was particularly close to her youngest brother, the future King George V.

Although she had several suitors, Princess Victoria never married or had children. A proposed marriage to King Carlos I of Portugal would have required Victoria to convert to Catholicism, a condition her parents could not agree to. Her mother, Queen Alexandra, was not keen for any of her daughters to marry and leave her and is believed to have selfishly discouraged Victoria from marrying. Alexandra had an abiding hatred of Germans, so refused to let any of her daughters marry German princes. The Liberal Prime minister Archibald Primrose, Lord Rosebery, a frequent guest at Marlborough House had an interest in marrying Victoria, but the rather possessive Alexandra could not be persuaded to part with her daughter. 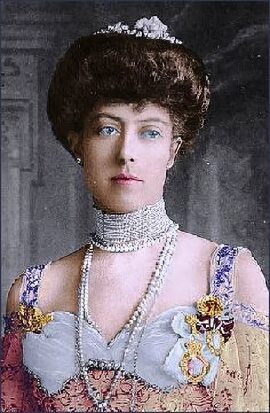 After the death of her father in 1910, Victoria remained as a companion and confidante to her mother, who in later life, became almost deaf. Many a time Victoria would have to interrupt what she was doing to rush to Alexandra's side only to find that her mother had quite forgotten what she wanted in the first place. Although by nature kind and unselfish, she gained a reputation for becoming bitter, somewhat of a hypochondriac and sometimes becoming sharp-tongued and difficult. Her nephew, the future Edward VIII, once stated that she was 'a bitch of the first order.' She continued to live with her mother until Queen Alexandra died in 1925.

After her mother's death, Victoria set up her own home at Coppins, in Iver, Buckinghamshire, where she continued to pursue her interests of music, gardening and photography. She was an avid amateur photographer, compiling many albums and took part in Kodak exhibitions. She kept in close contact with her brother, George V, to whom she became increasingly close, although she was not greatly in sympathy with his wife, Queen Mary, with whom she had little in common and whom she once referred to as being 'deadly dull'. Victoria and her brother shared the same sense of humour and outlook on life and spoke every day on the telephone. One morning Victoria took the daily telephone call with "Hello, you old fool" to receive the reply " His majesty is not yet on the line" from the operator.

Princess Victoria died at her home of Coppins on 3 December 1935. She was buried at St George's Chapel, Windsor. Her remains were later reinterred at the Royal Burial Ground, Frogmore, Windsor Great Park on 8 January 1936. Her death was said to have greatly affected King George V, who died a month later.