The future Edward VII was born on the morning of 9th November, 1841, at Buckingham Palace, the first born son and second child of Queen Victoria and her consort,Albert of Saxe-Coburg-Gotha. 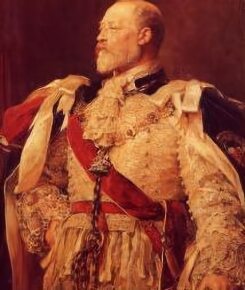 It was the first occasion in English history that a Queen Regnant had given birth to an heir. The child was christened Albert Edward, for his father and grandfather Edward Duke of Kent, the fourth son of King George III. He was created Prince of Wales in the following month. Queen Victoria described the new arrival as having "large, dark blue eyes, a good high forehead, a pretty but rather large nose, a nice little mouth and chin".

Unlike his older sister the lively and precocious Victoria, Princess Royal, the Prince did not prove to be a particularly intelligent child. Bertie, as he was known in the family, was very much his mother's son. From an early age, he became conscious of the fact that he was a disappointment to his parents, indeed his parents did nothing to dispel this idea and much to confirm it. His mother audibly bemoaned the fact that he was not more like his adored father.

A rigorous system of education was devised to produce the perfect future King by Albert and his mentor Baron Stockmar. "It is the finest legacy" Albert proudly declared, "that a father could leave his children". Bertie was remorselessly subjected to Albert's gruelling schedule and vastly overworked beyond his abilities. Though well-intentioned, the system resulted in the child becoming prone to rages and outbursts of fury and defiance.

Bertie grew to became a short, stout man with the same weak chin as his mother which he disguised with a beard. He was married in 1863 to the beautiful and popular Alexandra of Denmark, the daughter of Christian IX of Denmark and Louise of Hesse-Cassel, who had been previously selected as his bride by his parents. On meeting her for the first time Bertie wrote back to his mother "I can now candidly say that I thought her charming and very pretty." A few months later, the Princess embarked from Denmark to Britain aboard the royal yacht Victoria and Albert II, arriving in Gravesend, Kent, on 7 March 1863. The couple were married on 10 March 1863 at St George's Chapel, Windsor Castle, by Thomas Longley, the Archbishop of Canterbury. They lived at their London home of Marlborough House and their country home of Sandringham House, which was purchased by Queen Victoria for £22,000 in 1863.

The couple's first child, Albert Victor Christian Edward, known to the family as 'Eddy' was born in 1864, the first two Christian names were chosen by Queen Victoria, but the baby's parents were allowed to choose the last two names given to the child. He was followed by a second son, George Frederick Ernest Albert, the future George V in 1865. Three daughters were to follow, Princess Louise, (Louise Victoria Alexandra Dagmar) born in 1867, Princess Victoria (Victoria Alexandra Olga Mary) in 1868, and Maud, (Maud Charlotte Mary Victoria) later to become Queen of Norway, in 1869. A sixth and last child, Alexander John, died at an early age. 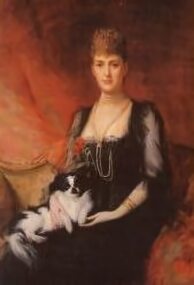 Bertie, as Prince of Wales, is perhaps best known for a series of amorous liaisons, which his mother did not approve of. The most commonly known of his mistresses were Lily Langtry, Sarah Bernhardt and Alice Keppel. (Great grandmother of Camilla Parker-Bowles) Edward possessed an infectious gaiety and joie de vivre. He loved horse racing and the theatre. He also smoked thirteen large cigars and twenty-two cigarettes a day and had an insatiable appetite, but was good-natured and easy-going with a ready smile. He was affable and approachable in a way that his mother never was.

Bertie served a long apprenticeship as King in waiting to his long-lived mother. His relationship with Queen Victoria grew increasingly more strained with the passing of the years. Racing was consistently a cause of friction between the Queen and her son, which the Queen did not approve of. 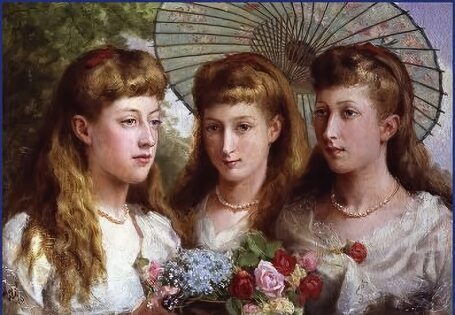 The Prince was involved in two major scandals, the Mordaunt case, in which he was subpoenaed to attend court in a divorce case and the affair of Tranby Croft which centred round cheating at baccarat. The Queen, concerned at the damage to the monarchy, spoke of the prospect of him becoming King as "too awful" to contemplate. Nothing was done to prepare him for his future role as King and not until he was a grandfather himself would the Queen even allow him access to cabinet papers.

Scandal surrounded the royal family yet again in 1889, when Albert Victor, Duke of Clarence and Avondale, the eldest son of Bertie and Alexandra, known as Eddy in the family, was said to have been involved in a homosexual brothel in Cleveland Street. He became romantically involved with the Catholic, and therefore unsuitable, Helene d'Orleans, the daughter of the Comte de Paris, the claimant to the French throne. Helene's father refused to contemplate her conversion to the Protestant religion, thus making her unacceptable as a future Queen of England. Despite appealing to Queen Victoria, who was moved by their plight the couple were eventually to part.

Eddy was finally engaged to his cousin, Victoria Mary of Teck, a highly respectable young woman and the choice of Queen Victoria. Mary was the daughter of the Queen's first cousin, Princess Mary Adelaide of Cambridge and Francis, Duke of Teck. It was thought that Mary, or May as she was known, a sensible girl, would be a steadying influence on Eddy and the date of their wedding was fixed for 27th February 1892. Just over a month before the event, Eddy came down with influenza at Sandringham, which rapidly turned to pneumonia. He died on 14th January, 1892. Princess Alexandra, who adored her eldest son, was devastated. 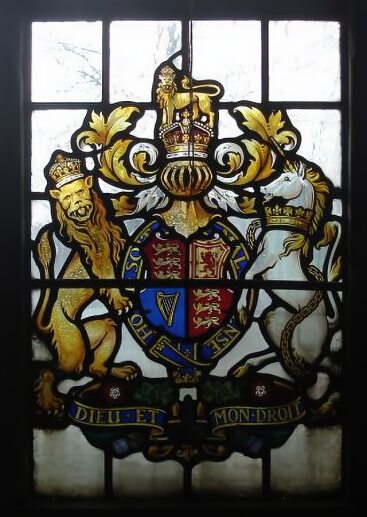 On Bertie's accession to the throne in 1901 at the late age of 59, the Times tactfully stated 'We shall not pretend that there is nothing in his long career which those who respect and admire him would wish otherwise.' Compared unfavourably all his life to his father, he chose to reign as Edward VII, rather than Albert Edward. Due to his falling ill with appendicitis, for which he had to undergo an operation, the Coronation had to be postponed.

Edward VII proved to be a popular King, he had great social skills and was a good diplomat. He carefully fostered relationships with other countries and was largely responsible for the Entente Cordiale with France, which provided Britain with an ally in Europe.

Due to his family relationship with many of the sovereigns of Europe, he was often referred to as the Uncle of Europe. King Haakon of Norway was his son-in-law, Victoria Eugenie of Spain, Alexandra, Tsarina of Russia and Queen Marie of Romania his nieces, King George I of Greece and Frederick VIII of Denmark were his brothers-in-law and the Kings of Bulgaria, Portugal and Belgium his cousins. His relations with his nephew, the German Kaiser Wilhelm II, a difficult character, were sometimes strained.

At the end of his life, due to his heavy smoking, King Edward was prone to severe bouts of bronchitis. The last persistent bronchial attack occurred in March 1910, while he was staying in Paris. He returned to London in April and by May it was realised that the King was dying, a bulletin was issued that he was suffering from bronchitis and that his condition caused some anxiety. He arose on Friday, 6th May feeling "wretchedly ill" as the day progressed the King began to drift in and out of consciousness and suffered a series of heart attacks.

On his deathbed at Buckingham Palace, Edward was heard to mutter "I shall not give in, I shall work to the end." In a touching gesture, the Queen sent for Mrs Keppel to allow her to say a last goodbye, shortly after this visit the King breathed his last. Edward VII had reigned for nine years and was buried at St. George's Chapel, Windsor. He was succeeded by his second son, George V.

Queen Alexandra lived on for a further 15 years, reaching the age of eighty, she died in the reign of her son, on 20th November, 1925, at Sandringham House.