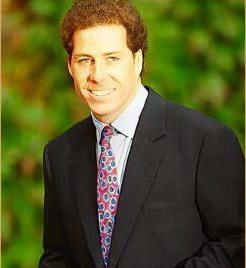 At the age of three, his parents had his prominent ears pinned back through surgery. It was a characteristic inherited from his grandfather, George VI, and shared with his first cousin, Prince Charles.

Currently twelfth in line to the British throne, David follows his cousins, the Queen's children and grandchildren, in the line of succession. He was educated firstly at Buckingham Palace, in company with his cousins the Queen's younger children, Princes Andrew and Edward and later at Bedales School, Petersfield, Hampshire. He then went on to study at Parnham House School. His parents, after a long period of estrangement, were divorced in 1976, following which his father married for a second time to Lucy Mary Davies, producing a second daughter, Lady Frances Armstrong-Jones.

Margarita Elizabeth Rose Alleyne Armstrong-Jones, born on 14th May, 2002. Margarita was named in honour of the late Princess Margaret and Queen Elizabeth, the Queen Mother.

Their children are currently thirteenth and fourteenth in the Line of Succession to the throne.

His mother, Princess Margaret, after suffering a prolonged period of ill-health and a series of strokes, died on 9 February 2002, at the King Edward VII Hospital for Officers, after a stroke followed by heart problems. Both David and his sister Sarah were by their mother's bedside at the end, as was her sister, the Queen. David later came under criticism in the press for selling off her jewellery and a painting of the princess.

Viscount Linley is a successful businessman who runs a famous furniture manufacturing company, specialising in furniture of neo-classical style, as well as owning a chain of restaurants. He has published two books 'Classical Furniture' and 'Extraordinary Furniture' and is currently chairman-elect of Christie's UK, the international auction house.