England under King Edward III was engaged in the long struggle with France known as the Hundred Years' War, following King Edward's victory over the French at Crecy in August 1346, the English set about besieging Calais. Philip VI of France, wishing to create a second front and divert the enemy's resources, asked his ally David II of Scotland to attack England from the north. 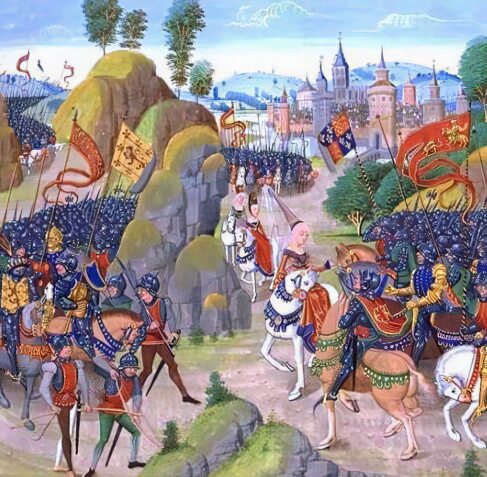 Despite the desperate pleas of Philip in June 1346, when Edward was amassing his army in the south of England, David Bruce made no move until October, he adopted a policy of waiting until he believed most English troops were fighting in France and with winter approaching, he then invaded England.

On 7 October, David's army crossed the border. After taking Liddle Strength, a pele tower on the border, they took Lanercost Priory, then crossing the Pennines they sacked Hexham Priory before advancing towards Durham. David's army arrived at Durham on 16 October and camped at the Bishop of Durham's great deer park at Beaurepaire, where they were offered £1,000 in protection money to be paid on 18 October.

With King Edward absent in France, the English forces in the north were commanded by Ralph Neville, 2nd Lord of Raby, Henry Percy and William Zouche, Archbishop of York. Unknown to David, an English army had been hastily mobilized at Auckland Park, approximately ten miles from the Scottish camp.

The Scots were taken unaware and only discovered the presence of the English army on the morning of 17 October when troops led by William Douglas encountered them in the early morning mist during a raid south of Durham when the English drove the Scots off resulting in heavy Scottish casualties. 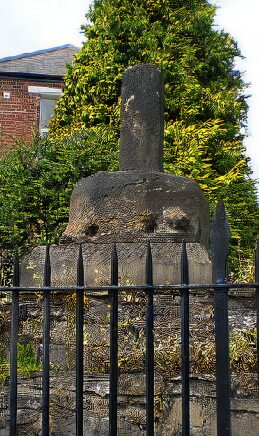 On hearing the unforeseen news of the skirmish, David II led his army to the high ground at Neville's Cross the site of an old Anglo-Saxon stone cross, on moorland just to the west of Durham, to prepare for battle. He deployed his army into three divisions, David led the centre, Douglas and the Earl of Moray had command of the right, and Robert Stewart the left. The English lined up along a narrow ridge west of Durham were their flanks were protected by deep valleys on either side. The English army was drawn up in three divisions, the centre was commanded by Ralph de Neville, while Henry Percy led the right-wing and the Archbishop of York the left.

The Scots adopted a defensive stance, a stalemate lasted until the afternoon, when English longbowmen were sent to fire on the Scottish battle lines, which forced the Scots to attack. However, the Scots were disadvantaged by the uneven topography which broke their formations as they advanced, allowing the English to deal easily with the Scottish attack. The battle progressed badly for the Scots, their left division was separated from the English by a steep ravine and while attempting to attack across this obstacle was under heavy fire from the English archers, the division began to disintegrate into confusion and retreat. The Scot's right division, however, caused the English to retreat, which then exposed their flank to the English reserves, and they then began to falter.

As their position grew more dangerous, David II's nephew, Robert Stewart, his future successor as King of the Scots, panicked and fled the battlefield, but David displayed himself as a true son of Robert the Bruce, fighting on with valour, despite having two arrows in his body.

David II initially managed to escape. However, legend records that while he was hiding under a bridge over the nearby River Browney, his reflection was spotted in the water by English soldiers out searching for him. David was then taken prisoner by John de Coupland. King David was imprisoned at Odiham Castle in Hampshire from 1346 to 1357. After eleven years, he was released in return for a ransom of 100,000 marks.

To commemorate the English victory, Ralph Neville ordered a cross erected on the battlefield, from which the battle derives its name.