The Battle of Falkirk

The Battle of Falkirk was fought on 22 July 1298, between the forces of William Wallace and those of King Edward I of England.

On hearing news of the defeat of his army by Wallace at the Battle of Stirling Bridge, the enraged Edward I, eager for revenge, returned from France and prepared to march on Scotland. His huge army, assembled at York, consisted of over 2,000 men-at-arms and 12,000 infantry and a large force of Welsh longbowmen. 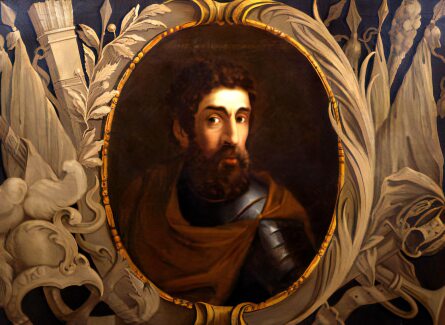 The English army crossed the Tweed on 3 July and marched into central Scotland, the Scots adopted a 'scorched-earth' policy; rendering it impossible for the English to obtain supplies from the surrounding countryside. Wallace shadowed them but avoided giving battle until shortages of supplies and money forced Edward to withdraw, at which point the Scots intended to harass his retreat.

English supplies were delayed by bad weather, leading to the Welsh infantry becoming badly demoralised and desertions increased. While the army was camped at Temple Liston, near Edinburgh, a drunken riot broke out in the English cavalry, and eighty Welshmen were killed.

At the point of falling back on Edinburgh, Edward received intelligence that Wallace had taken up position but thirteen miles away in the wood of Callendar near Falkirk, and planned a night attack upon the English camp at Kirkliston. It appears that Wallace's intentions were betrayed to the English king by two Scottish nobles who resented his rise to power. Edward could not believe his luck "As God lives... they need not pursue me, for I will meet them this day". Edward was later thrown from his horse which trod heavily on him, breaking three of his ribs.

The two armies clashed on St. Magdalen's Day, Tuesday 22 July 1298. The Scots army, which took position behind the marshy ground, was composed of around 8,000-10,000, mainly spearmen, lined up in schiltrons, a battle formation with men armed with huge 12 feet long spears formed huge ovals that bristled with spears like a giant hedgehog. The gaps between the schiltrons were filled with archers and to the rear, there was a small troop of men-at-arms, which had been provided by the Comyns and other lords. In front of the spearmen, stakes were hammered into the ground joined by ropes. 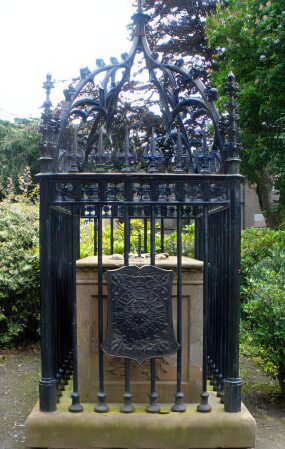 The English cavalry was composed of four divisions, the left was led by the Earls of Norfolk, Hereford and Lincoln. The right was under the command of the warlike Antony Bek, Bishop of Durham, while King Edward himself commanded the English centre. Norfolk's division advanced, but encountering the marsh to the front of the Scots position, they were forced to make a detour to the west before clashing with the right of Wallace's army.

The Bishop of Durham attempted to hold back his division to give King Edward time to take a position but was ignored by his impatient knights, who were anxious to get to grips with the enemy and join their comrades on the left in an immediate attack.

The Scots men-at-arms under John the Red Comyn, badly outnumbered, promptly left the field. The Scottish archers under the command of Sir John Stewart of Bonkill bravely stood their ground but were quickly annihilated. The formidable Scottish schiltrons however, still held firm against the English onslaught. King Edward restored discipline to his army, ordering his knights to withdraw. The Scottish cavalry charged the English cavalry, but alarmed at the huge numbers, they then fled the field, abandoning their countrymen.

A hail of arrows was unleashed by Edward's longbowmen on the Scottish schiltrons, which were supplemented by crossbow and slingshot which wreaked havoc among the Scottish ranks, Wallace's men began to fall around him. On Edward's orders the English cavalry waited until the Scots ranks were thinned enough to allow them to penetrate their formations.

A great many Scots perished in the melee, including Macduff, son of the Earl of Fife, Wallace's right-hand man, Sir John de Graeme and Sir John Stewart of Bonkill, who was buried in the churchyard at Falkirk. Brian Le Jay, the former Templar Master in Scotland, who fought for Edward I, was also killed, when in pursuit of the fleeing Scots, he was dragged from his horse and killed by Scots foot soldiers. The survivors, which included Wallace, escaped into the nearby forest of Torwood where their pursuers could not safely follow. Wallace fled north to Callander and the refuge of the mountains.

Despite his victory in battle, Edward's lack of supplies rendered him incapable of following up on the victory. Tired and hungry, the English army withdrew to Carlisle. After experiencing the bitter taste of defeat at Falkirk, William Wallace resigned as Guardian of Scotland.