Charles I at Carisbrooke Castle

Following his defeat by Parliament in the Civil War, King Charles I surrendered to the Scots in May 1646, who handed the king over to Parliament.

Charles' managed to escape from house arrest at Hampton Court Palace and on arrival at Titchfield Abbey in Hampshire, he entered into negotiations with Colonel Robert Hammond, the Parliamentarian governor of the Isle of Wight, who was the brother of Charles' chaplain. Charles believed, Hammond, to have Royalist sympathies and asked to be allowed to stay on the Isle of Wight while he negotiated with Parliament. Having stayed his first night on the Isle of Wight at Cowes Castle, Charles continued to Carisbrooke Castle, the home of the Governor, on 22 November. 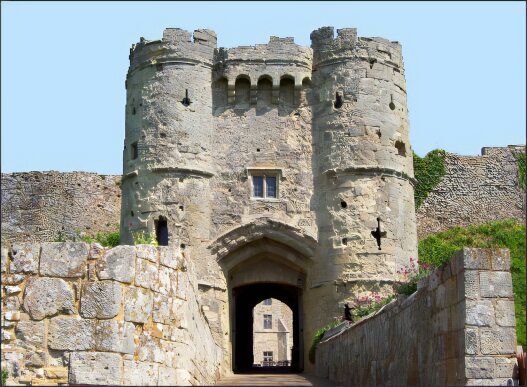 Believing himself to have found a temporary refuge, Charles quickly discovered that he was once again a prisoner. He was housed in comfort in the hall range, attended by members of his household. He was allowed considerable freedom and drove around the island in his coach. A few weeks after his arrival on the Isle of Wight, Charles signed a military agreement with the Scots known as the Engagement. A pro-Royalist officer attempted to raise the local people to aid the king's release, which led to growing distrust of Charles by Parliament and negotiations with them regarding his future came to a halt. As a result, the conditions of the king's imprisonment were more strictly enforced and he was confined to the castle itself. All except a few of his servants were dismissed and the gates to the inner part of the castle were kept closed.

Charles planned to escape his confinement, he was still in touch with his supporters, to whom he smuggled secret messages by his chambermaid. An escape attempt was made on the night of 20 March 1648, horses and a boat was available for the king. Charles planned to lower himself by a length of rope from his bed-chamber window, which overlooked the courtyard of the castle. The plan was that his page, Henry Firebrace, would then lower him to the ground. However, when Charles attempted to climb through the window, rather embarrassingly, he could not fit through, forcing the attempt to be abandoned. 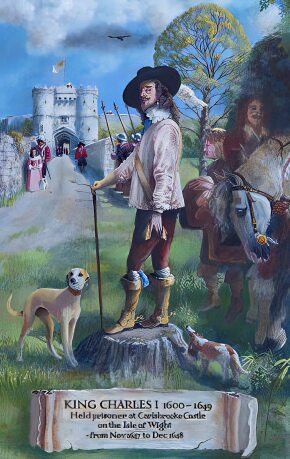 Undeterred, Charles planned a second escape attempt from his more rigorous confinement two months later, which was to take place at midnight on 28 May. He had been then been housed in a different, more secure bed-chamber, against the north wall of the castle and a similar plan was hatched for 28 May. The bars of his window were pre-loosened with nitric acid, and the guards had been bribed. Two of the guards, however, having accepted the bribes, then betrayed the plot to Colonel Hammond. Extra sentries were accordingly posted below the king's bed-chamber window, forcing Charles to abandon his second escape attempt.

It was, however, Charles's political manoeuvrings while incarcerated at Carisbrooke, rather than his failed escape attempts, that ultimately sealed his fate. Under the terms of the agreement he negotiated with the Scots, Charles had promised them that if they sent an army into England to help him regain his throne, he would, as his part of the bargain, establish Presbyterianism in England. The resulting Scottish invasion was defeated by Oliver Cromwell and the New Model Army at the Battle of Preston fought at Walton-le-Dale, near Preston in Lancashire in August 1648, Royalist losses were estimated at 2,000 killed and 9,000 captured. 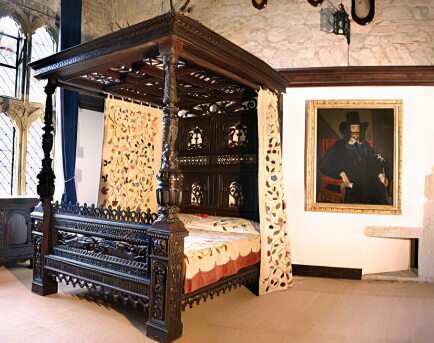 The king left Carisbrooke on 6 September 1648 and was taken to Newport, the capital of the Isle of Wight. After the breakdown of further negotiations with Parliament, he was transferred to Hurst Castle on the mainland, from there he was taken to Windsor Castle and then to London.

Losing patience due to Charles' intrigues, several MPs and army officers came to the radical decision that he should be charged with high treason. He was tried, found guilty, and executed in Whitehall at the Banqueting House on 30 January 1649.

After the execution of Charles I, two of his children, Henry, Duke of Gloucester and Princess Elizabeth was imprisoned at Carisbrooke. Princess Elizabeth, Charles' second daughter, died there on 8 September 1650 of pneumonia. An account of her final meeting with her father before his execution was found among her possessions after her death. Henry was released in 1653.

Carisbrooke Castle is now owned by the English Heritage Foundation and is open to the public. The castle contains a museum that is mostly dedicated to the time Charles spent there. The collection includes personal relics, documents and other items from the English Civil War period.

The Shrine of St. Edward the Confessor PreviousNext Hever Castle