The porphyrias are a group of disorders connected with the production of haem, which is used to make haemoglobin in red blood cells. There are seven different types of porphyria and in most cases, they are inherited. In each type, there is a lack of one of the enzymes which controls one of the steps in haem synthesis. This means that substances that are made during the process leading up to haem synthesis (including porphyrins) are overproduced and can build up within the body and cause symptoms. Symptoms vary greatly and can include abdominal pain, nervous system problems, mental health problems and skin problems. 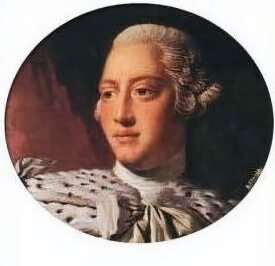 The theory that King George III suffered from Variegate Porphyria was first put forward in 1966 by a British mother/son psychiatrist team, Ida Macalpine and Richard Hunter, citing the tell-tale symptom of purple urine as proof.

They confidently put forward their claims in a paper in the British Medical Journal entitled "The Insanity of King George III: A Classic Case of Porphyria", which was followed up in 1968 by a further paper "Porphyria in the Royal Houses of Stuart, Hanover and Prussia". The theory formed the basis of a long-running play by Alan Bennett, The Madness of George III, which was later adapted for a film starring Nigel Hawthorne in the title role.

George III's recurring bouts of illness resulted in withdrawal from society to recuperate out of the public eye at Kew Palace, near Richmond. George was often violent and talked incessantly and often obscenely for hours at a time. He was subjected to the appalling medical treatment of the day, bound and gagged and strapped into a chair for hours. His urine was reported to have been blood red by his physicians.

George eventually made a recovery and in the following twelve years suffered only slight attacks of his illness. In 1810, he suffered a total relapse, from which he was never to recover. The Queen continued to visit her husband but he failed to recognise her. His eldest son, George, Prince of Wales was appointed Regent. As it became apparent that George's illness was this time permanent, even Queen Charlotte, his once devoted wife, sadly ceased to visit him.

The King existed at Windsor Castle for the next ten years, neglected and unkempt, a blind and deaf octogenarian. Even in his insanity he never forgot his exalted status, although he ceased to shave and now had a long white beard, he always wore a purple dressing gown with his Garter star pinned to his chest. He was reported to have had lucid moments when he agonized pitifully about what he had become. He was never informed when Queen Charlotte died in 1818. At Christmas, 1819, George suffered another violent attack of porphyria, after talking incessantly for fifty-eight hours he sank into a coma. He was mercifully released from his nightmare existence by death on 16th February 1820.

It was further theorised that George inherited the disease from his five greats grandmother Mary, Queen of Scots, although this part of the theory is subject to debate. Mary's symptoms included gastric ulcers, rheumatism and hysteria. She also experienced bouts of abdominal pain, lameness, fits and episodes of mental disturbance since her teens. It is assumed Mary inherited the disorder from her father, James V of Scotland. Both suffered documented attacks that could be described as symptoms of porphyria.

Mary's son James I and VI is also often cited as suffering from the condition. According to one historian, James suffered from itchy skin, gout and abdominal pain. James' physician kept detailed notes on his royal patient, which describe his urine as being 'purple as Alicante wine' - a sign of porphyria. Macalpine concluded that all those symptoms added up to a mild case of porphyria.

Among other descendants of George III claimed to have suffered from porphyria were his granddaughter, Princess Charlotte Augusta of Wales, the only child of George IV and his first cousin, Caroline of Brunswick. The princess was pregnant with a child which was expected to be the heir in the next generation to the British throne. She went into labour on 3rd November 1817, the birth proved to be difficult and protracted, Caroline's ordeal lasted for fifty hours. Finally, the child was born at nine o'clock on 6th November, it was a boy, born dead. Though Charlotte seemed at first to be recovering well from her horrendous ordeal, she complained that evening of severe stomach pains and began to vomit. She later developed a pain in her chest, before going into convulsions. It has been suggested that Charlotte may have died as a result of porphyria. 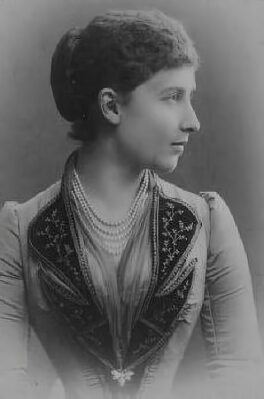 George III's 2 greats granddaughter, Princess Victoria, Queen Victoria's eldest daughter, and her daughter Princess Charlotte of Prussia, (born 24 July 1860), was further suspected of suffering from the condition. Charlotte described in her letters to her physician suffering terrible pains in the abdominal area which wandered around her body, being lame, having blisters all over her face and having dark red urine. References to similar symptoms in the correspondence of her mother Vicky has been uncovered.

Her daughter, Princess Feodora of Saxe-Meiningen (born 19 May 1879) is also claimed to have suffered from the disease. Recent medical tests performed on the remains of Charlotte and Feodora, who committed suicide at the age of 66 in 1945, have revealed that both probably suffered from porphyria. DNA tests carried out on Princess Charlotte's remains revealed a mutation that affected the gene that codes for protoporphyrinogen oxidase (which controls the transition from step 5 to step 6 in haem production).

Frederick the Great of Prussia (1712 - 1786) a grandson of George I, is believed to have suffered from an acute form of porphyria, like his relative George III. He experienced regular vomiting and temporary paralysis in addition to widespread nerve pain.

Adelaide of Prussia (1891-1971), a descendant of George III's grandfather George II, was also confirmed by Mac Alpine and Hunter as a further royal porphyria sufferer by a study of her medical records conserved in the Thuringian State Archives in Meningen.

Queen Victoria's III's 2 greats grandson Prince William of Gloucester, (eldest son of Prince Henry, Duke of Gloucester, a son of King George V), a first cousin of the Queen, who died in an air crash in 1972 at the age of 31, was reliably diagnosed with variegate porphyria.

In August 1968, Prince William was examined by Dr. Henry Bellringer, at the request of the his mother, Princess Alice of Gloucester. William was found to be suffering from fever and cutaneous hepatic symptoms, beginning in December 1965 and lasting several months. He had since noticed that his skin was prone to a blistering rash, particularly on exposure to sunshine. The sum of Prince William's symptoms were typical of porphyria..

Dr Bellringer tentatively diagnosed porphyria, although he was aware of the theory of the royal family's history of porphyria then being put forward by Macalpine and Hunter, he stated he "tried not to let it influence him...with all the symptoms, I was left with little option but to diagnose the Prince's condition as porphyria." William was later examined by haematologists at Addenbrookes hospital in Cambridge and also by Professor Ishihara in Tokyo, both of whom also concluded he was suffering from variegate porphyria, by then in remission.

Charlotte of Mecklenburg-Strelitz PreviousNext The fifteen children of George III