Robert Fitzroy (before 1100 - 31 October 1147) was the illegitimate son of King Henry I 'Beauclerc' of England. He was also known as 'Robert Rufus' and occasionally as Robert of Caen. Robert was probably the firstborn of Henry's many illegitimate children and was born before he succeeded to the throne. The identity of Robert's mother is not known with certainty but may have been the Welsh princess Nest ferch Rhys (b. circa 1085), daughter of Rhys ap Tewdwr, Nest was Henry's mistresses and the mother of his illegitimate son Henry FitzHenry and was later married to Gerald of Windsor. However, Sybil Corbet or a member of the Gay family of Oxfordshire (possibly a daughter of Rainald Gay), are other possible candidates for Robert's mother. 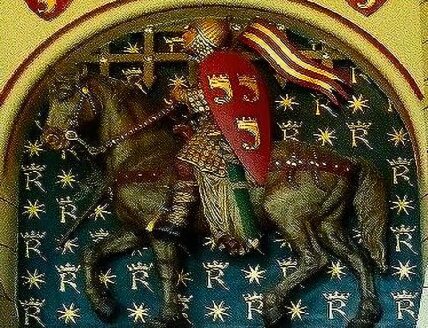 Henry I, arranged Robert's marriage to the wealthy heiress Mabel FitzHamon, daughter of Robert Fitzhamon, the marriage took place in June 1119 at Lisieux and through it, Robert acquired substantial lands in Gloucester, the Welsh county of Glamorgan and in Normandy. In either 1121 or 1122, the king created his son Earl of Gloucester.

On the death of Henry I in 1135, his nephew Stephen seized the throne, despite swearing an oath of loyalty to Henry's daughter, the Empress Matilda, who had been appointed her father's heir. 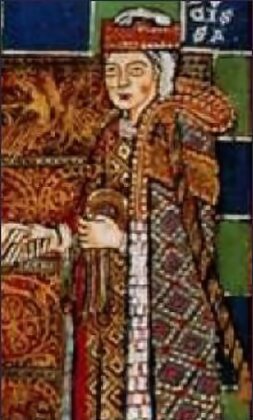 Robert of Gloucester described as 'a man of proved talent and admirable wisdom', initially submitted to Stephen but after a quarrel with the latter in Normandy in 1137 and having his English and Welsh estates seized, he switched his support to his half-sister Matilda, known as 'the Empress'. Robert arrived back in England until 1138 and became the leader of the party loyal to the Empress Matilda he took back from Stephen most of western England and southern Wales and succeeded in capturing the king at the The Battle of Lincoln on 2 February 1141, Stephen was imprisoned at Bristol Castle.

Robert accompanied his half-sister on her triumphal progress to Winchester and London, but Matilda, who was by all accounts proud and haughty, alienated the citizens of London and was forced to flee the city. Robert and Matilda besieged the renegade Bishop Henry of Winchester, brother of King Stephen, at Winchester, but were forced into making a hasty retreat. In covering Matilda's flight at the Rout of Winchester Robert of Gloucester was taken prisoner at Stockbridge on 14 September, 1141. Robert's freedom was obtained by an exchange for King Stephen. Empress Matilda later returned to France.

By the terms of the Treaty of Wallingford, Matilda's son eventually succeeded to the throne on the death of Stephen as King Henry II (1154), the first Plantagenet King. Matilda died in Normandy in 1167.

Robert of Gloucester died in 1147 at Bristol Castle and was buried at his foundation of St James' Priory, in Bristol.

Hamon FitzRobert (died 1159)- killed at the siege of Toulouse

He also had four illegitimate children:-

Robert's granddaughter, Isabel of Gloucester (c. 1173 - 14 October 1217) was married to her cousin, the future King John, the youngest son of Henry II, on 29 August 1189 at Marlborough Castle in Wiltshire. Isabel was the daughter and heiress of Robert's eldest son, William Fitz Robert, 2nd Earl of Gloucester, and through the marriage, John acquired the Gloucester title and lands. Soon after his accession to the throne in 1199, John had the marriage annulled on the grounds of consanguinity, however, he kept Isabel's lands, and Isabel herself did not contest the annulment.