The Rout of Winchester 1141

During the Civil War known as 'the Anarchy, 'King Stephen had been captured by forces loyal to his cousin the Empress Matilda at the Battle of Lincoln in February, 1141. 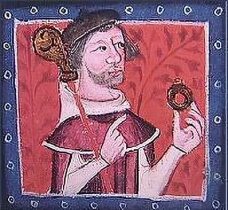 Empress Matilda then made attempts to consolidate her position as Queen of England. Henry of Blois, Bishop of Winchester and Papal Legate, the brother of Stephen, was persuaded to meet with Empress Matilda at Winchester on 2nd March. During their meeting, Henry agreed to recognise Matilda as Queen providing she kept to an agreement whereby he would remain in control of appointing the gifts of abbacies and bishoprics.

Matilda was publicly welcomed into Winchester the next day. She resided in the Castle and Henry handed over to her both the keys to the Treasury and the Royal Crown.

After being hailed as queen in the market place, Matilda and Henry processed to the cathedral and Archbishop Theobald of Canterbury was summoned. Theobald along with other English bishops was, however, not eager to abandon King Stephen's cause as easily as his brother had. As Matilda progressed to Oxford in triumph, a Church Council was arranged at Winchester.

Here, Henry of Blois explained his change of sides as being a result of King Stephen having broken promises to the church and eagerly reminded the council of Stephen's arrest of three bishops two years earlier, Henry succeeded in persuading the clergy to accept the rule of Matilda.

The Empress, who styled herself 'Lady of the English', required the support of London, but she succeeded in angering the Londoners by her contemptuous manner and her arrogant demands for taxes, they responded by forcing her to leave the city. Stephen's wife, Matilda of Boulogne raised an army in support of her husband's cause and marched south, she succeeded in persuading Bishop Henry to switch sides and return to his brother's camp.

With a small force of men, Henry of Blois laid siege to Winchester Castle, on the southwest corner of the city walls. Empress Matilda marched from Oxford to meet him in late July with a large army commanded by her half-brother, Robert, Earl of Gloucester. 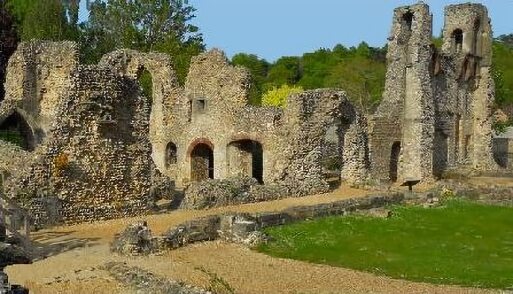 Robert's army reached Winchester on July 31. Bishop Henry promptly fled, leaving his men in Wolvesey episcopal castle at the southeast corner of the city walls. While placing Wolvesey under siege, Empress Matilda took up residence in the royal castle, while Earl Robert installed his command post at St Swithun's cathedral. On 2 August, Bishop Henry's men set the city ablaze and succeeded in destroying a large part of it.

Queen Matilda of Boulogne quickly assembled her army, which included mercenaries hired by Bishop Henry, a levy of the queen's feudal tenants from Boulogne, the nearly 1,000-strong London militia, William of Ypres' Flemish mercenary cavalry and other supporters of Stephen. The queen's army arriving to relieve the siege set up camp on the east side of Winchester and blockaded the forces of Empress Matilda within the city.

To weaken the blockade, Earl Robert attempted to fortify Wherwell Abbey, which lay around six miles to the north of the city but was defeated by William of Ypres. Robert planned an orderly withdrawal. Earl Reginald of Cornwall and Brian Fitz Count led an advance guard intended to protect Empress Matilda. The main body of the army and the baggage followed, Earl Robert himself was commanding the rearguard. The cavalcade left by the Salisbury road on the west side of the city, ahead of them, about eight miles to the northwest, the road crossed the River Test at Stockbridge.

As they left, the city the queen's army attacked, charging past Earl Robert's rearguard to attack the main body of the cavalcade. The advance guard, however, succeeded in safely delivering Empress Matilda to Gloucester, Earl Robert held the rear but when his soldiers reached the River Test they could proceed no further. Surrounded by William of Ypres' forces, Earl Robert was forced to surrender.

The two Matildas agreed to an exchange of prisoners. Stephen was a broken man, on his release, now in the depths of depression. The war dragged on with no real victory on either side until an uneasy peace was reached in 1147 when Robert of Gloucester, the Empress Matilda's chief supporter died and she returned to Anjou.

Battle of Brunanburh PreviousNext The Battle of Crécy