Hamelin of Anjou was the illegitimate son of Geoffrey Plantagenet, Count of Anjou, Touraine, and Maine, who was born circa1129, shortly after Geoffrey's tempestuous marriage to the Empress Matilda, daughter and heiress of King Henry I. Hamelin's mother is thought to possibly have been Adelaide of Angers. Geoffrey of Anjou also had two daughters by mistresses, Emma and Mary of Anjou Emma was married to the Welsh prince Dafydd ab Owain Gwynedd in 1174. Mary was to become the Abbess of Shaftesbury. 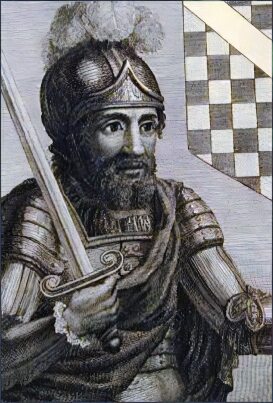 His half-brother Henry II arranged Hamelin's advantageous marriage to Isabel de Warenne, Countess of Surrey, one of the wealthiest heiresses in England and the widow of William of Blois, Count of Boulogne, a younger son of King Stephen. King Henry granted Hamelin lands in Touraine prior to his marriage, and he was styled the 'Vicomte de Touraine'. Isabel had first been intended to be the bride of Henry's youngest brother, William of Anjou, but objections to their proposed marriage had been raised by Thomas Beckett, Archbishop of Canterbury, on the grounds of consanguinity through the Empress Matilda. As Henry was keen to cement an alliance with the de Warrene's and keep their rich estates in the family hands, Hamelin, who had no such close relationship with Isabel, was then put forward as an alternative suitor.

Isabel was Countess of Surrey in her own right, she was the daughter and sole heiress of William de Warenne, 3rd Earl of Surrey and Adela, the daughter of William III of Ponthieu. She succeeded to her father's estates when he died in the Holy Land in around 1148. Her first husband William of Blois died in 1159. 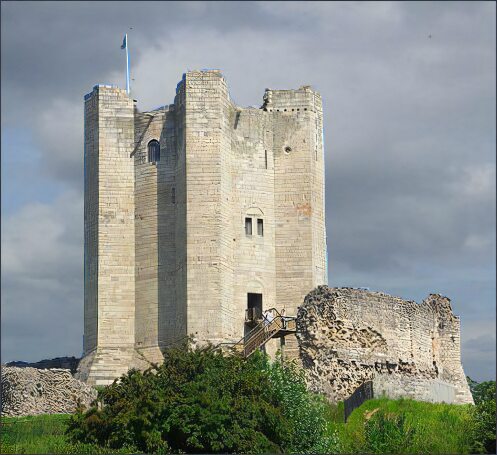 The House of Warrenne derived its name from the town of Varenne, in Normandy. Isabel's grandfather, William de Warenne was created 1st Earl Surrey by King William II. He was the second cousin of William the Conqueror and received lordships in England for his service at the Battle of Hastings. The marriage of Hamelin of Anjou and Isabel de Warenne was celebrated in April 1164. Hamelin thereafter took the surname de Warenne and became Earl of Surrey by right of his wife.

The de Warenne lands in England centred on imposing Conisbrough Castle in the Don Valley in South Yorkshire. He replaced the existing wooden fortress with a stone castle in the present design. Hamelin spent much of his time at Conisbrough favouring the castle above all other of his residences. He played host to his nephew King John, at Conisburgh in 1201. He also held the castles of Mortemer, where he built a cylindrical keep and at Bellencombre on the banks of the Varenne in Normandy.

A man of integrity, Hamelin supported his half-brother against Thomas Becket Archbishop of Canterbury in 1164, although following the death of Becket, he became convinced of the latter's sainthood, believing he was cured of blindness as a direct result of the saint's intervention. Hamelin also loyally supported Henry against the revolt of his sons in 1173 and formed part of the escort of Henry's youngest daughter Joanna to Sicily for her marriage to King William of Sicily.

Following the death of his half-brother in July 1189, Hamelin supported Henry's son and successor, Richard I, the Lionheart. When Richard famously took part in the Third Crusade, Hamelin sided with his appointed regent William Longchamp against the plots of Richard's scheming brother John. He was also to serve as one of the treasurers who raised Richard's ransom when he was held captive by Duke Leopold of Austria on his return from the crusade. He was also present at the coronation of Richard's successor, his nephew King John in 1199.

The marriage of Hamelin and Isabel de Warenne produced one son and four daughters:-

(ii) Clemence, who became the mistress of her cousin King John, and by him the mother of Richard FitzRoy, feudal baron of Chilham, in Kent.